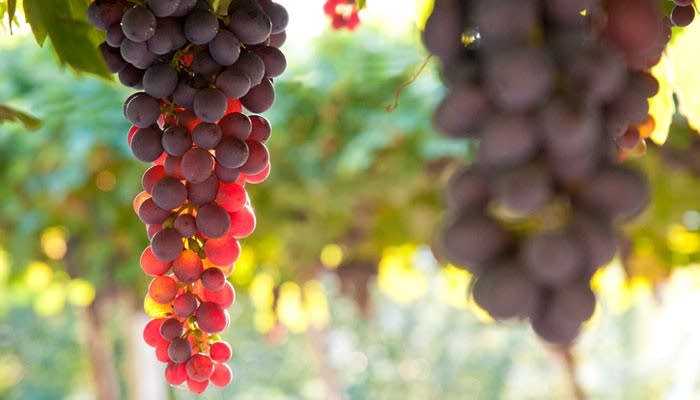 Madeline Puckette is a wine expert with a special knack. In her book Wine Folly: The Essential Guide to Wine, she clearly lays out what you need to know about a wine so that you can pick a good bottle and thoroughly enjoy it – no matter if you're baffled by wine or one of the savvy folk. Lynne Rossetto Kasper talks with Puckette to get her thoughts on the Italian wine, Valpolicella. Below this interview you'll find Puckette's list of recommendations when choosing a Valpolicella.

Lynne Rossetto Kasper: Madeline, please give us a bit of orientation on Valpolicella.

Madeline Puckette: This a region in northern Italy. It’s just north and northwest of the city of Verona, all the way to Lake Garda. As you head into the foothills, you find some of the best vineyards, and the focus there is on a red wine. We call it a Valpolicella blend because it's a blend of multiple grape varieties. The top ones to know are: Corvina, Rondinella, Corvinone, and Molinara. Even on the low end, there's different levels of quality, and it continually improves. One of the things I noticed while I was there, was that the winemakers and the viticulturists seem to be focused on, “what about this blend makes it so good?” They've noticed getting the right flavors -- the beautiful cherry, this sort of cinnamon, the chocolate aromas -- those all seem to come, for the most part, from the grape Corvina and the other one Corvinone. As they continually improve, they look for ways to pull out some of the other vineyards and put in more Corvina, which creates these wonderful flavors.

LRK: There's sort of a code to understanding Valpolicella. You do this thing on your website. I love it; it's so clear. Could you explain the Valpolicella Pyramid?

This is where it starts to get interesting: Valpolicella Superiore Ripasso and Amarone della Valpolicella. Amarone is definitely Valpolicella's flagship red wine. Amarone has a very special winemaking process, where they actually dry the grapes until they've lost about 40 percent of their liquid, then press them and make them into wine. With the leftover pressings, they'll put it into Superiore grapes -- these slightly better than Classico grapes -- and they'll blend the two together to make Valpolicella Superiore Ripasso. That's like having a baby Amarone. If you don't know already, Amarone can be quite expensive, maybe around $80-100 a bottle. Not all of us have the income to say, "Hey, I just want to sample a little Amarone tonight." Superiore Ripasso, coming in around $25, is a great way to get into some of the finer wines of this region.

Recioto is the wine that most people don't know about. It is actually a sweet style wine made with the same Apassimento production method where they dry the grapes except they select their very best grapes, their very sweetest grapes, and they make it in the same style of Amarone. It takes such a long time to ferment and stops before all the sugar is fermented into alcohol. It makes this lovely, rich, sweet dessert wine that can age for 40 years. Going into the wintertime, it's really a wonderful thing to try. It's a sweet red wine and still has all these wonderful chocolaty notes and a little cinnamon, even a notch above Amarone.

LRK: Let's think about this from the point of view of if I've never tasted Valpolicella. Where do you think we should begin?

MP: With the Classicos. It’s funny because there's only about 12,000-20,000 acres of vineyards in Valpolicella region. It is a little bit harder to find these wines. My recommendation might be to start with a Superiore or the Ripasso. The Superiore, you can still find some amazing and affordable producers, as well as Classico. Sample the region and understand what this grape tastes like. It reminds me of sort of the lightness and body of a pinot noir, but it has a little bit more of that green, fresh almond note to it, which some describe as a distinct bitterness that is common in a lot of Italian wines.

LRK: Can you give some names of makers you would recommend?

MP: There are some very popular, well-known brands: Zenato, Allegrini, Ca’Rugate, Tedeschi. Bertani makes a wine called Secco that's in the same style. I find these all to be exceptional wines, usually at a great value, and available in most places. I just saw one rated IGT, which is a level below Classico -- but it's delicious -- by Tenuta Sant'Antonio. They make a wine called Scaia, which is just Corvina, which is why it got declassified out of Valpolicella. It's basically an all-Corvina wine, and I think I saw it for around $13. It’s delicious, and you're tasting the best grape variety from that region.

On the higher end, you have your Bertani; you've got Masi. Allegrini makes an amazing Amarone. Then, the ultimate of ultimate, Giuseppe Quintarelli, which is a grandfather who changed the entire region and made Amarone famous again -- I think in the 1980s.

MP: There's two ideologies of thought when it comes to Valpolicella: the modern method and the classic method. It all comes down to how much fresh oak barrels am I using? Because the more fresh oak you get, the more chocolaty, rich flavors you get. That's more of the modern style. Whereas, the traditional method, they keep their barrels forever. They're very pragmatic the way they do winemaking there. They'll use a very old barrel and put the wine in it to store it and to age it. It doesn't pick up as much of those vanilla and carob flavors. You have to say to yourself, "If I love California Cabernet, I'm probably going to like the more modern method of Valpolicella. But I love more French and Italian wines, then I'd be more interested in a traditional method of winemaking." You can look up the wines, and they'll often say, especially if they're modern method, if they use new oak barrels.