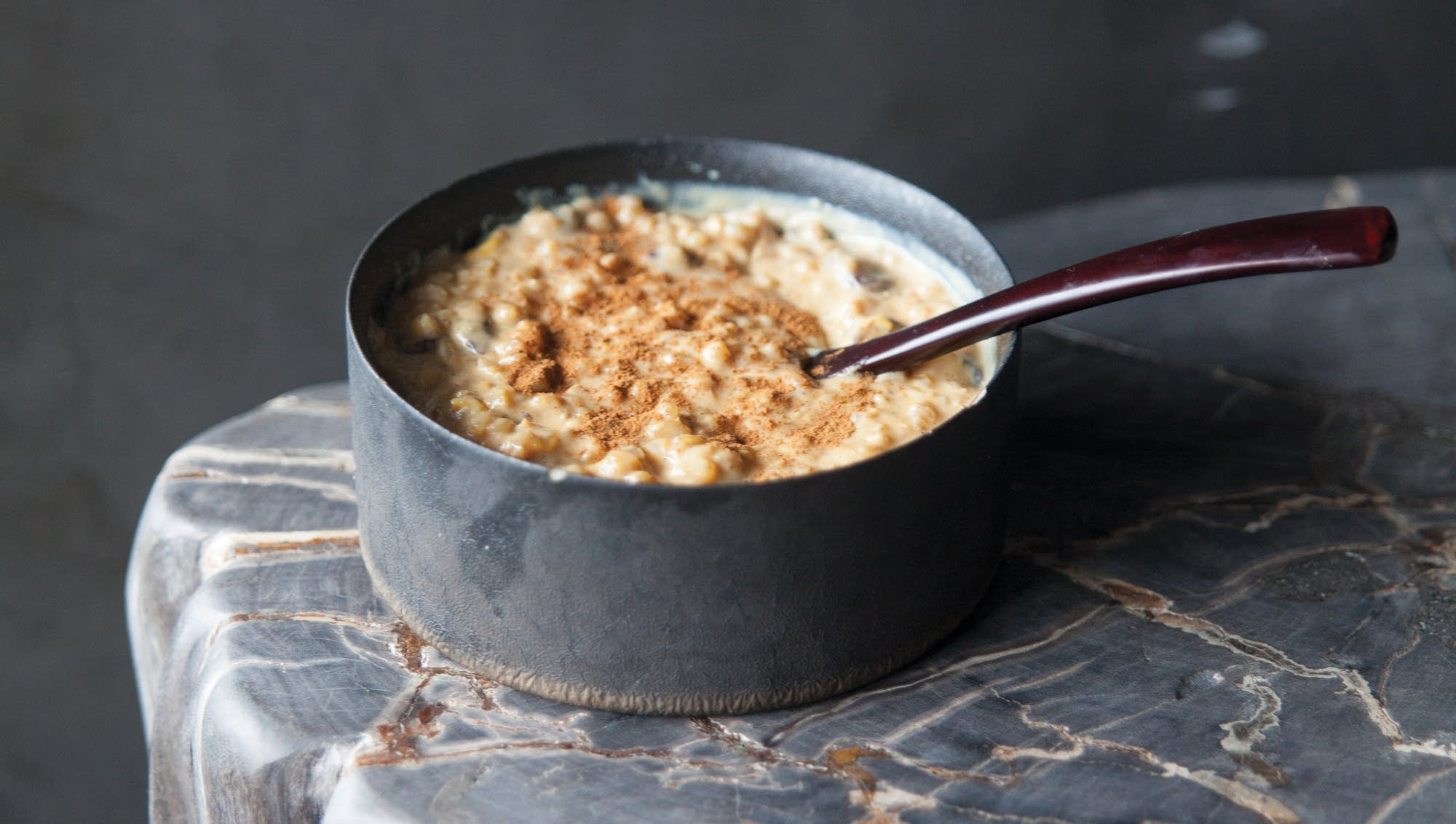 For many of us, rice pudding evokes comfort as well as indulgence. This version is creamy and nostalgic and takes very little work. Traditionally, rice pudding is made on the stovetop and requires constant stirring, but if you prepare it in a slow cooker you can leave it unattended. It cooks for 4 hours and will fill your kitchen with the wonderful smells of cinnamon and spice.

1. Place the rice in a medium bowl, pour in enough water to cover, and soak overnight at room temperature.

2. In the morning, drain the rice and put in the slow cooker along with the milk, honey, cinnamon stick, salt, and nutmeg.

3. Cover and bring to a boil on high heat, then reduce the heat to low. Simmer for 2 hours. Stir, then simmer for another 2 hours.

4. Temper the egg yolk by stirring a small amount of the hot mixture into it to gently warm the yolk without cooking it. Pour the yolk into the cooker. Mix in the raisins. Cook uncovered, stirring, until thickened, about 5 minutes. Turn off the cooker and let the pudding cool to the desired temperature.

5. Serve warm or at room temperature. You can refrigerate leftovers for up to 3 days.