The California-Mexico border is an area filled with taquerias and Mexican restaurants. But if you ask people there about their most notable regional cuisine, they won’t say street tacos or mole -- they will say it’s Chinese food.

“The restaurants that you see now are the remnant of the Chinese population that used to fill the U.S.-Mexico borderlands in Mexicali and in Baja California,” says Robert Chao Romero, associate professor of Chicana/o studies at University of California, Los Angeles.

[Pictured above: South of the border, at El Dragon restaurant in Mexicali, Mexico, they serve arrachera (a beef used for tacos) with asparagus and black bean sauce, an egg roll with shrimp, cilantro and cream cheese, and fried rice with avocado.]

This story was produced during a fellowship at Hedgebrook, a residency for women writers. Funding for the series California Foodways comes, in part, from California Humanities. Translation and additional reporting help came from Vickie Ly. 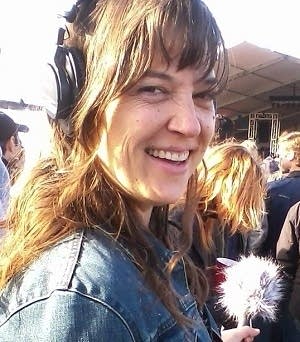 Lisa Morehouse is an independent radio reporter and producer. She produces California Foodways. Her stories air on The California Report, The World, Good Food, and NPR’s Latino USA and Weekend Edition.