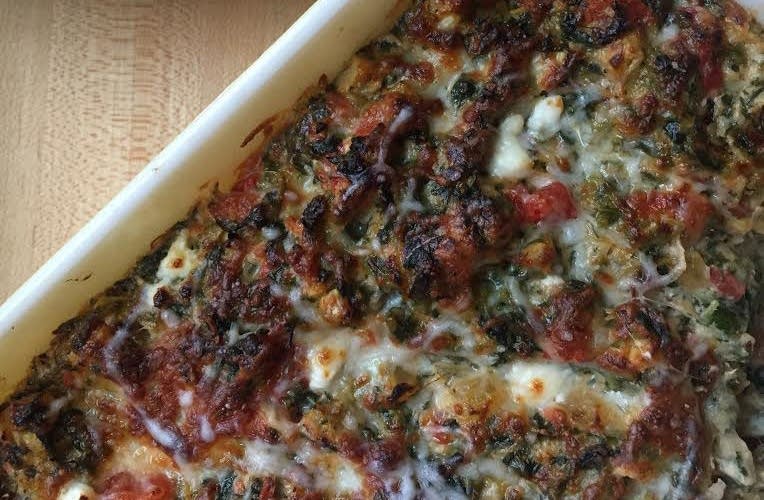 A good dip is hard to resist. This version -- which includes sweet, ripe tomatoes, marinated artichoke hearts and spinach -- comes together in a snap. The mix of cheese is essential here: mozzarella for the melt factor, pecorino Romano for the slight bite and feta for the all-over creaminess. I made this with fresh oregano, which brought an edge of the Mediterranean to it, but dried will do if that is all you have in your kitchen.

1. Preheat the oven to 350 degrees Fahrenheit.

2. Heat the oil in a medium skillet over medium heat. Add the onions and cook. Stir until golden, about 10-11 minutes, taking care not to let the onions burn. Add the garlic and cook 1 additional minute. Scrape the onion mixture into a large bowl.

4. Transfer the mixture to an 8-by-10 inch ovenproof baking dish. Bake until the top is golden and the cheese is bubbly, about 30 minutes. If desired, turn on the broiler and broil the top for 2 minutes.