by Sally Swift
Listen: How critic Tom Sietsema selected the top 10 food cities in the US
08:26 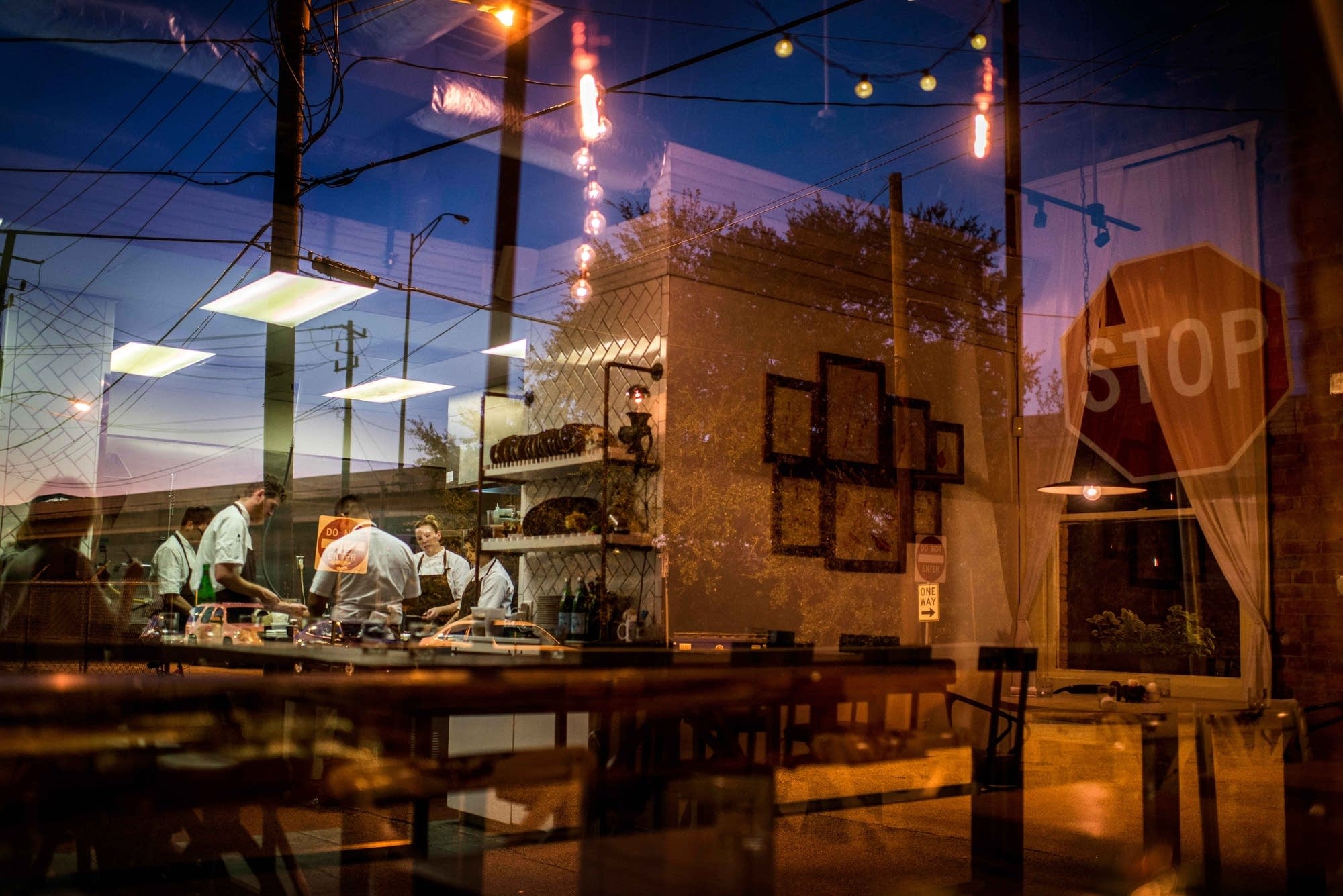 Before ranking the country's top food cities, Tom Sietsema, the food critic for the Washington Post, visited 271 restaurants, bars, stores and markets. The author of "The 10 best food cities in America, ranked" explains his process.

[Pictured above: A view of the open kitchen through the windows of Oxheart in Houston.]

Sally Swift: Were you crazy taking on this project?

Tom Sietsema: It was so daunting early on. I didn't know at the beginning that I was going to be spending two months eating in about 300 places and visiting 12 cities that turned out to be 10 fully ranked cities. Had I known all that ahead of time -- the poundage that I was going to gain, the sleepless nights and all of that -- I would have started earlier, let's put it that way.

SS: Have you received hate mail from people?

TS: Everyone whose city was dissed, left off the list or lower on the list than they thought it should be -- I felt like I heard from all these people.

SS: What were the 10 cities that made it?

SS: What were your criteria? How did you judge these cities?

TS: I felt it was important not just to go in with, "I think this is good or this is bad." My editor, Joe Yonan, who is the food and dining editor at the Washington Post, sat down. [Ed. note: Yonan is also a contributor for The Splendid Table.]  We came up with five criteria. They included creativity; they included tradition; they included a sense of community; they included service and shopping.

TS: Houston was a big surprise. In each of these cities, what I did was try and eat with locals. Not just the local restaurant critics, but also historians, publishers and people who had lived there for awhile. I would listen to their stories over these meals.

Houston was interesting for a couple of reasons. I was surprised at the diversity there. I knew how big it was going to be. I didn't know how large their Indian population would be. I've been to Vietnam and China. I had meals in Houston that equaled some of the better meals I've had in Vietnam and China before. It was really stunning.

What hit home when I was down there was that it's this port city. It's one of the largest ports in the country. I think it's two or three in terms of tonnage, what comes in and what goes out. That accounts for a lot of it, but it's also the climate down there. One local told me if Los Angeles and New Orleans had a baby, it would be Houston. In terms of the climate, the traditions, the way you feel and the love of food, it all added up.

SS: The other interesting city for me on the list was Philadelphia. The thing that was interesting is how much great vegan and vegetarian food is coming out of there. How did that happen?

TS: People there will tell you it's such a blue-collar town. They have something like 50 breweries; they have this great Italian tradition; all these iconic foods, most of which involve large quantities of meat.

In fact, that was a big surprise for me. I had some of the best vegetarian or vegan food I've had anywhere in the country at places like Vedge and other restaurants. They demonstrate that it doesn't have to be earthy-crunchy, that there's room for an aspect of fine dining in vegetarian food.

SS: Who are these chefs who are doing that there? Did they come from Philly? Are they the people who have come back to Philly? I think we're seeing a lot of chefs returning to their hometowns after being in New York or LA.

TS: That's one thing that fueled a lot of cities, I noticed. Chefs who have worked for great chefs elsewhere are coming home, either because the real estate markets are so high in places like San Francisco or New York, or they want to reunite with their families, or live or raise their kids in a more hospitable environment.

SS: What city was the most disappointing?

TS: This is the big surprise: New York. It was the biggest disappointment, and it was also the city that I spent the most time in. I actually went there twice because I really felt with a city as large as New York -- 45,000 restaurants -- I needed to give it more time.

It was really daunting just coming up with a list. I went over these lists with former critics, current critics and diehard chowhounds up in New York just to get a tip-of-the-iceberg sense of this city.

I guess part of my disappointment was explained by the fact that we have very high expectations for New York. This is the city that has won more James Beard awards than any other city. Its chefs start and groom trends around the country. Our expectations are, and should be, very high.

Place after place kept letting me down. It wasn't a week of total disappointment. I ate some stellar food at Le Bernardin and number of the four-star places. But even some of the iconic places like Peter Luger's were, "Wow, you have to have been born in Brooklyn and gone to this place since you were a wee one to thoroughly enjoy this place."

SS: What do you think makes a good food city?

TS: I was going over my lists and my surveys afterward. I thought, "What is it? Bottom line, haiku, what makes a great food city?"

I found that if a market is near a large body of water that helps. If there's a tradition of iconic foods, if you have two or three dishes that everyone associates with that city -- like New Orleans, like Philly with cheesesteaks, like San Francisco with the cioppino or the Mission burritos -- that helps certainly. It also helps if a population likes to drink.

SS: There is an honest answer.

TS: In San Francisco you have the wine country nearby and some great breweries. Philly, their beer culture is huge. And New Orleans, well ...

SS: They drink everything.