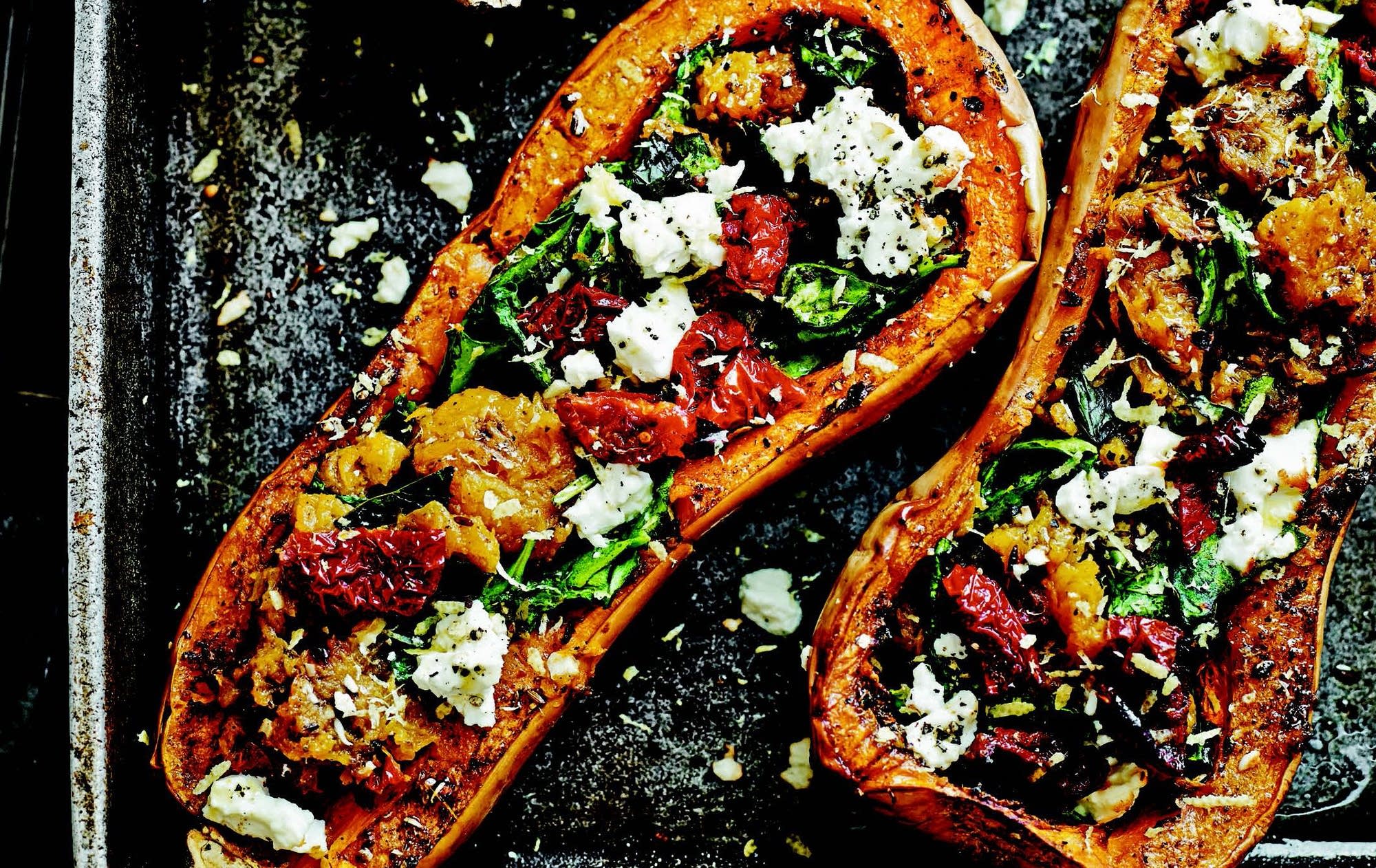 Baked butternut squash rubbed with balti spices and filled with salty feta, sweet sun-dried tomatoes and fresh mint. No wonder this is a great veggie dish that is filling and packs a lot of flavor. There is no recipe as such for “balti,” as it actually refers to the pot that the dish is cooked in rather than a particular spice mix. However, across the world you can find balti spice blends and they typically contain the spices I have used in this recipe, so I have called this dish a balti in terms of the particular spicing of the dish.

Preheat the oven 400°F. Lay the squash, cut-side up, on a rimmed baking sheet.

Roughly crush the cumin and coriander seeds, peppercorns and red pepper flakes with a pestle and mortar before mixing in the garam masala and oil. Rub all over the squash, especially on the flesh side, and bake in the oven for 45 minutes, or until you can put a knife through the flesh of the squash easily.

In the meantime, make the filling by mixing together the spinach, feta, garlic, mint, sun-dried tomatoes and lemon juice.

When the squash is soft, take out of the oven and scoop out nearly all the flesh, leaving a 1/2-inch border of flesh around the inside of each squash half. Mix the scooped-out squash with the filling and pop it all back into the grooves you have just carved out. Sprinkle over the lemon zest and roast in the oven for a further 10 minutes. Serve with a delicious crisp salad, such as Green Bean Salad with Mint, Roasted Fennel & Garlic.