Use less sugar in baking by treating it as a spice

by Shauna Sever
Listen: Use less sugar in baking by treating it as a spice
06:28 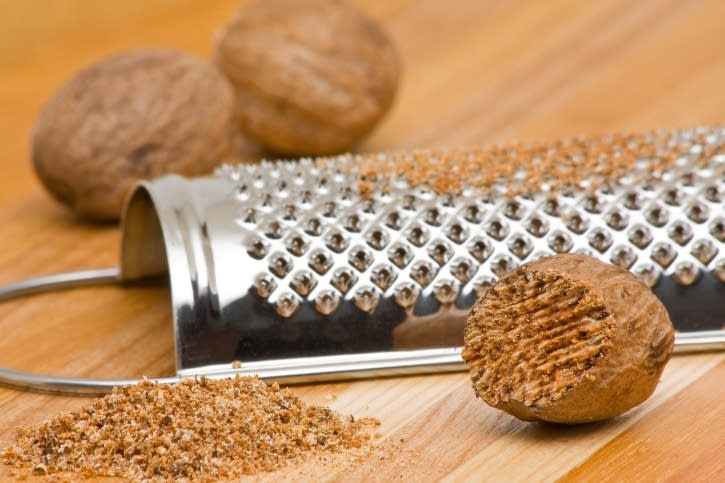 "Instead of thinking about [sugar] as an evil ingredient, I thought maybe we can just go back in history a little bit and think about a time when sugar was one of the many spices that people used to flavor their foods," says Sam Seneviratne, author of The New Sugar and Spice.

Shauna Sever: You and I are both avid bakers. Spices have long had a place in baking. It's actually hard to find a recipe without a splash of vanilla or a dash of cinnamon. You take a really modern look at utilizing spices in baking.

Sam Seneviratne: The way that we used to talk about sugar and spice, the emphasis was on the sugar. It's time that we start looking at them in balance more, making them work in tandem as opposed to one stronger than the other.

Shauna Sever: Everybody wants to talk about cutting back on sugar. In your book, you talk about sugar as a spice in and of itself.

Sam Seneviratne: As I was starting to do research into the spice trade and how it played out in history, I found out that sugar was once considered a spice. It was as hard to come by as all the other spices. People used it in their cooking that way -- sparingly and for special occasions.

I thought nowadays everyone's talking about how sugar is so bad for you. Instead of thinking about it as an evil ingredient, I thought maybe we can just go back in history a little bit and think about a time when sugar was one of the many spices that people used to flavor their foods. To reduce its importance a little bit and help it play nice with everything else. I gave spice a bigger part in all the recipes that I was creating.

Shauna Sever: You do. You have a go-big-or-go-home thing with some of these recipes.

Sam Seneviratne: I use them very generously. It's true.

Shauna Sever: I love it. I've made your Banana Fritters, which are out of this world. The amount of grated nutmeg you use is startling at first. It's a couple of tablespoons, isn't it? It's a lot.

Sam Seneviratne: I want to emphasize it's freshly grated nutmeg, which is much fluffier and doesn't come across as dusty and strong as pre-ground nutmeg can be.

Shauna Sever: That's such an interesting distinction, using the freshly grated versus what we're all used to getting from the supermarket. Who knows how long it's been sitting there?

Sam Seneviratne: It's true. There are some spices that I will condone pre-ground. But then there are some like nutmeg where it really, really makes a huge difference if you grind it yourself or grate it yourself.

Shauna Sever: One of the things I find so charming about your book is the way that you really talk about your personal history and your personal connection to spices. Your parents are from Sri Lanka -- your extended family as well. You spent a lot of summers growing up in Sri Lanka. Some of the best spices in the world come from that area. I can only imagine that really influenced your baking and the topic of this book.

Sam Seneviratne: It's true. I feel very lucky. I had a really magical childhood. I was born in Connecticut and grew up there. Then when I spent my summers back in Sri Lanka with my grandmother, my cousins, my aunts and uncles, I saw a totally different way of cooking.

I saw things growing right in our backyard that I had never seen. Avocados grew like crazy, pumpkins, spices, everything. My dad always says you just have to basically drop something in the ground and it just grows. You don't have to do anything. The land is so beautiful and so fertile.

Shauna Sever: That sounds like paradise. Some of that influenced the recipes in the book. I absolutely love the flavors in your grandmother's true love cake. It sounds so exotic.

This version that I made in my book, it still has quite a bit of sugar. It's a sweet, sweet cake, but my version has a little bit less. I've certainly upped the spices. Cardamom is by far my favorite spice, so I put a lot of cardamom in there. It's very fragrant. It has rose water, honey and almonds. It just has more flavor than you would ever imagine in such a small bite of cake. It's really magical. You don't need to eat very much. It packs a big punch.

Shauna Sever: So many of your desserts are really about the smaller portion and the huge flavor, which I love. You've used spices to create not only more exotic internationally influenced treats, but also pumped-up versions of more traditional American treats. I've been craving those Salt and Pepper Caramel Brownies and that gingered strawberry rhubarb pie -- it just sounds incredible.

It really got me thinking about some of the easiest ways for home bakers to start playing with spices in unfamiliar ways. What would be a good gateway spice for trying more interesting flavors in baked goods?

Sam Seneviratne: Cardamom is huge in Europe, Scandinavia, the Middle East, South Asia and all over. But for some reason in the U.S., cardamom doesn't really win people over as easily. I'd say if you have a favorite cookie that just includes cinnamon, maybe try swapping it out for cardamom. That seems like a nice, easy foray into getting more exotic with your spices.