Madhur Jaffrey: 'Nobody can be an expert on Indian food'

by Lynne Rossetto Kasper
Listen: Madhur Jaffrey: 'Nobody can be an expert on Indian food'
11:37 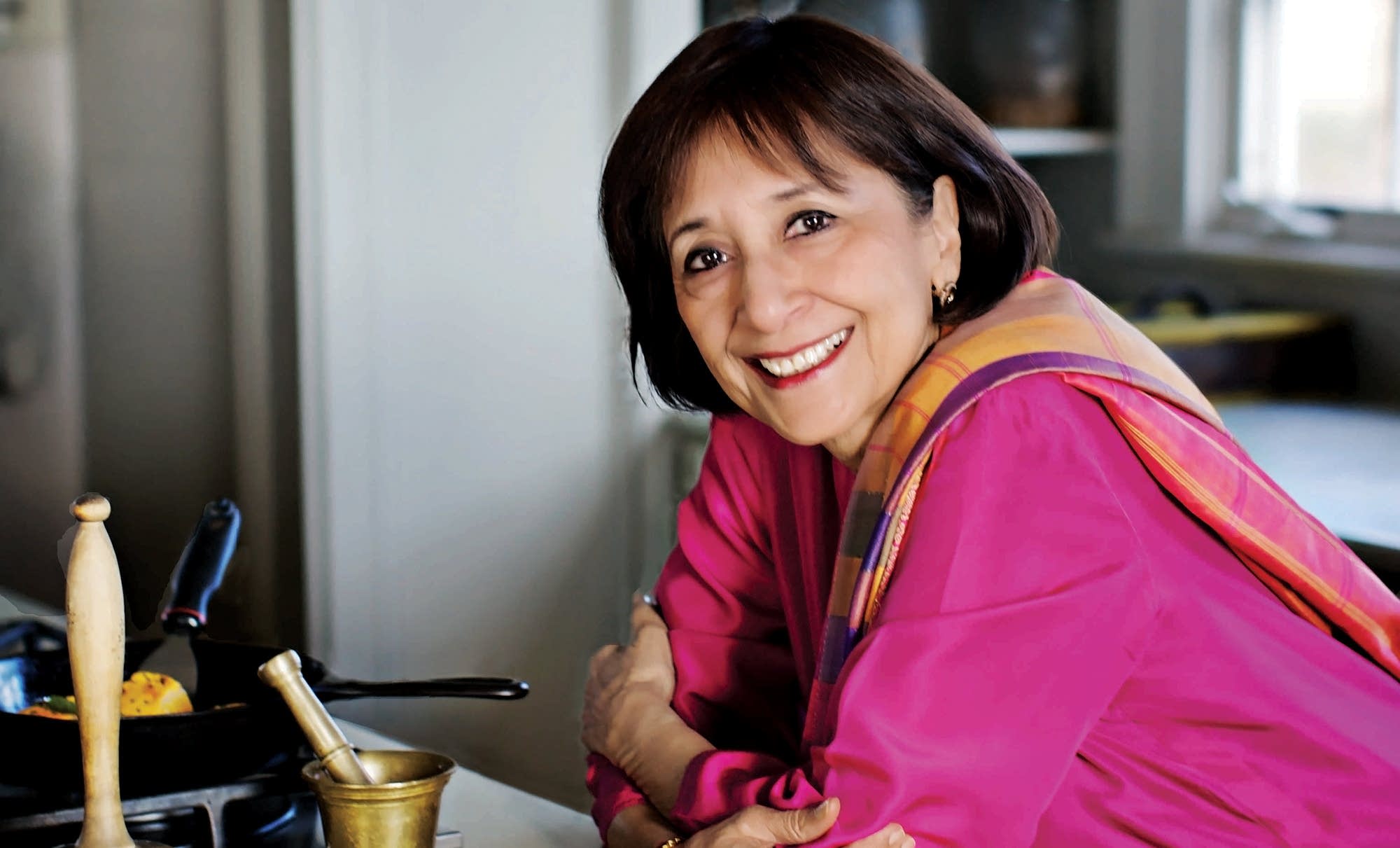 "Every time you go into a little crevice of India, you find a new cuisine," says Madhur Jaffrey, author of Vegetarian India.

Lynne Rossetto Kasper: I lost count quite a while ago of all the books you've written. You've talked about vegetarian eating before. What brought you back to the subject with this one?

Madhur Jaffrey: There are so many vegetarian foods that I don't know in India. I don't know India. People call me the great expert on India. Nobody can be an expert on Indian food because it's such a large country. Every time you go into a little crevice of India, you find a new cuisine, new dishes.

I thought, "This time I'm just going to go around all of India, as much of India as I can, all the nooks and crannies that I've heard about but have not visited, and see what good things are lurking."

This time I thought, "I'm not going to fly everywhere. I'm going to go by car. Anything that looks good on the road, I'm going to jump out, taste it and write about it. How are people eating vegetarian food? Who is eating it? How do they serve themselves? How do they eat lunch? If they're working, do they eat in their workplace? Do they go home? And if you're in an ashram and serving vegetarian Indian food in India, what do you serve? Is there a philosophy behind what you're serving?"

All these are questions that I have or had. I thought, "I'm going to get all the answers and present Indian vegetarian food in a very intimate manner to the American audience."

LRK: What were some of the real finds for you -- totally unexpected things?

MJ: For example, I was in an area in southwestern India in the mountains, which are very tropical. They grow coffee in this area; they grow black pepper in this area; they have excellent honey in this area. It's very forested, this particular area. In the monsoon season, which is in the summer, it rains for about four months, so they can't really go about too much. They have to eat what they can forage.

What kind of recipes come out of this? Wonderful mushroom recipes. They have mushrooms growing in the rainy season that are as large as dinner plates and as tiny as little dots. They carpet the floor, they're on the boughs of trees, they grow on trunks of trees. They're everywhere.

People do different things with the different mushrooms. The very large mushrooms they grill and have with a very light seasoning, almost like a little salsa. The smaller mushrooms they make into different kinds of curries. For example, there's a wonderful curry with coconut milk. It is so easy to make. It doesn't require many ingredients. You can have it in the Indian way with rice or whatever, but you can also have it on toast.

There are other ways that are not fully Indian. You don't have to go the full Indian route and make a full Indian meal. You can keep your meal very simple, and that's fine. That's absolutely fine. I try and encourage people not to feel that they have to make a complete Indian meal all the time. Just use some things from the book to add to whatever you're eating.

LRK: Which makes a great deal of sense. What kind of spices are in that coconut mushroom curry?

MJ: They're very simple spices like turmeric. Turmeric is that yellow spice that comes from a rhizome. Turmeric and all spices in India are used medicinally as well as for taste. Turmeric is an antiseptic. It's a very good spice to know about because it's an antiseptic inside the body and outside the body. You can even rub it on a cut and it will heal the cut.

LRK: You talk about two brothers who are both jewelers. Their shops are very near each other. You managed to lunch with them, which I think was a very lucky hit.

What these brothers do is they run this jewelry shop in the Taj hotel. They run them together, but they meet for lunch. What they do in the shop is they have a big display case and they will just clear it off. They'll put a tablecloth on it, then food is sent from home, which the wives cook. It is taken out of tiffin carriers, put on display on the case, and you get knives, forks and plates. They sit down and eat on either side of the display case and talk about their day.

They're vegetarians. They would have some kind of bean dish. They would have lovely, Indian whole wheat flat breads like tortillas (we call them chapatis). The bean could be a chickpea dish. Then they would have a nice vegetable dish, which could be spinach or some other green. Sometimes they use newfangled things like soya grains to make a dish. They will put it all together and have it with water. The drink is always water. It could be buttermilk, but that's it. You don't go beyond water or buttermilk. No wine, nothing like that. Then they sit together and eat.

This is one of the stores -- the Taj Mahal in India was the one that was attacked by terrorists -- so their shop is full of bullet holes that they have not fixed. They leave it there for people to see.

There was one statue of the Indian god Ganesh that was in there. The bullets came on all sides of it but didn't hit it. It was there to be sold. Now they say, "We'll never sell it." It just sits in that corner where bullets flew all around.

I wanted to capture these things.

LRK: I was thinking about the fact that I've always thought of India and vegetarian cooking, which is the food of the Hindu culture, as being so old and being probably the most sophisticated or evolved vegetarian food on the planet. But how did it begin? I have no clue as to where it came from. How did it evolve?

I think a group of priests of the Vedic faith decided that they were losing out to these people with their new religion, newfangled vegetarian eating and vegetarian living, and very spartan life. They were losing out to them. So very soon the religion Hinduism began to grow among these people. And with it, they started fighting for the attention of the people by bringing their own form of vegetarianism, which was much stricter than anything anybody had. It did not allow for the killing of the cow.

Among the Jains, which was another religion that came up around the same time, another vegetarian religion, they wore masks on their faces so they wouldn't inhale an insect and therefore kill it. It became much stricter.

This is the form of vegetarianism that then stayed on in India and came to the present day. But because it was so influenced by the Vedic religion and all the Ayurvedas -- which talk about the food value of different foods, how you combine spices with each other for this thing or that thing, for this disease or that disease, whether foods are heating or whether foods are cooling. This was all there in the Vedic times, but this was now all adopted by all of India. This cuisine kept developing and getting refined over time. That over time produced the great vegetarian cuisine that we have in India today 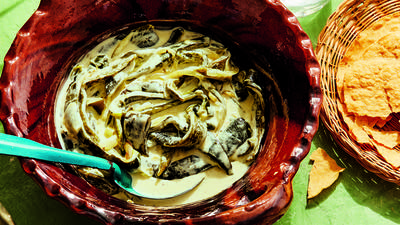