Food in war zones: 'We're human even in the most dire circumstances'

by Lynne Rossetto Kasper
Listen: Food in war zones: 'We're human even in the most dire circumstances'
09:18 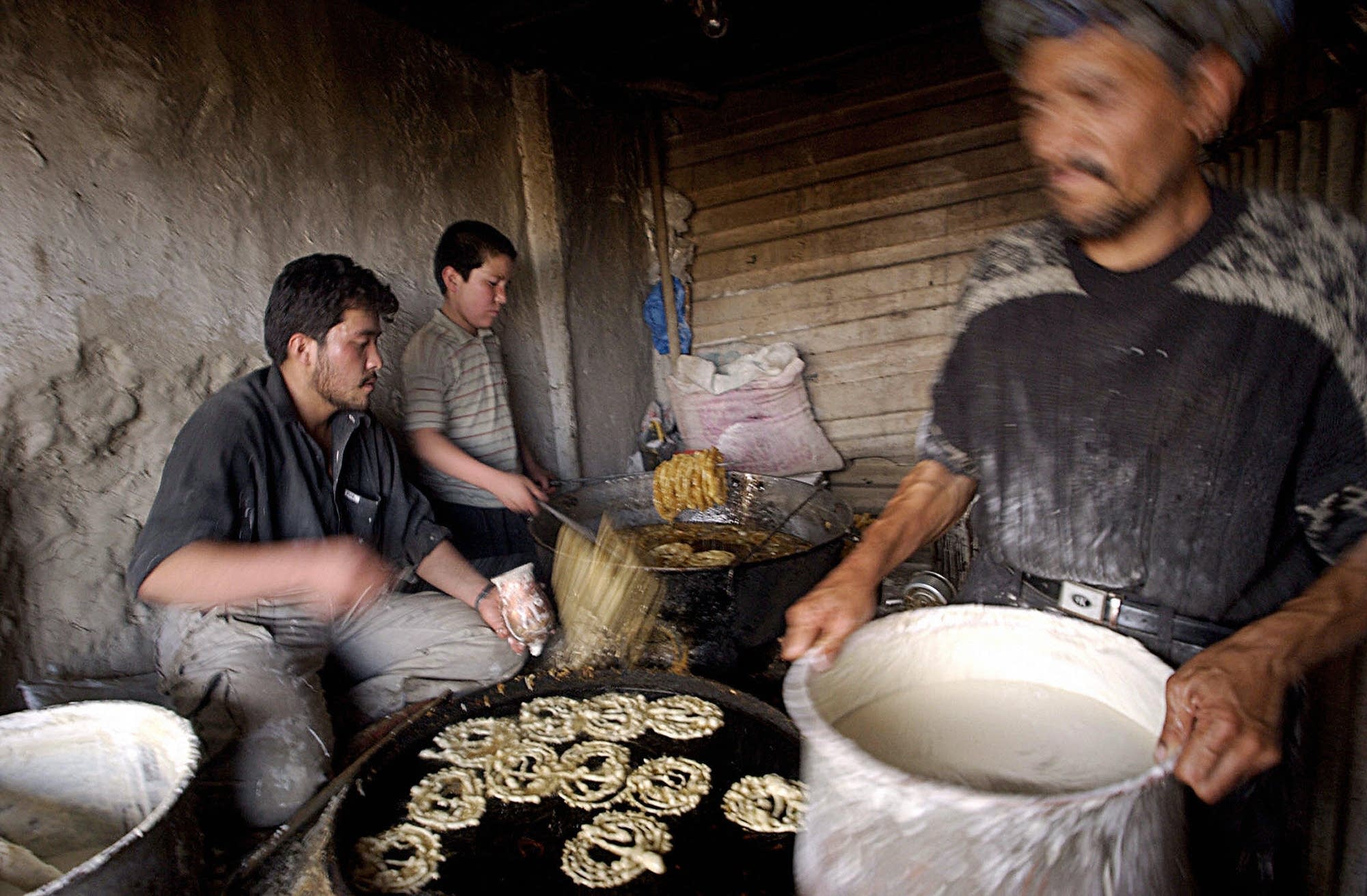 Journalist Anna Badkhen has spent years covering war zones like Afghanistan and Iraq. In her book Peace Meals, she says she "felt the need to explain to people who are so far removed from war zones that people on the other side are very much like them."

Lynne Rossetto Kasper: At first glance, a book about food and war reporting seems really odd. Can you explain the link?

Anna Badkhen: I think that the way we're all united -- people here in the U.S. and people in the most direst of a failed state -- is by the common need we have to eat. At the end of the day, if we're lucky, we're going to have something to eat.

The idea was to take the reader beyond the bang bang that we see plenty of on television and in newspapers, and talk about the very, very humane stories that continue to happen in any place. People continue to fall in love; they fall out of love; they quarrel; they have babies; they get married. I felt the need to explain to people who are so far removed from war zones that people on the other side are very much like them, so they are able to connect. Next time they see a firefight on television or a bomb going off, they can imagine the people on the other side who are living in that.

LRK: There's something I'd love to have you read from the book. It's the beginning of a particular chapter, "Candy-Wrapped Kalashnikovs."

AB: High on Valium and potent Afghan hashish, Najibullah balanced his Kalashnikov rifle on his left shoulder and reached for the jelebi: a pyramid of honey-colored, deep-fried rings of hot, syrupy dough stacked on a street vendor's dusty aluminum folding table by the side of a potholed dirt road. He hooked one jelebi with his long index finger, raised it above his head, lifted his bearded face, and, crooning a Bollywood jingle in a tentative falsetto, began to nibble at the sugary doughnut like some tropical bird, swaying slightly to the rhythm of a song that he alone could follow.

LRK: This is a take on food in war that I found pretty unexpected. What's the story behind it?

AB: Najibullah, a gorgeous and a very troubled young man, a fighter, had been given to me by the warlord-cum-manager of a hotel where I was staying in Jalalabad near Tora Bora in 2001. That was when Osama bin Laden and about 1,000 al-Qaida and Taliban fighters were believed to be hiding in Tora Bora in the mountains. I was basically told that in order to be able to report from the area, I had to hire Najibullah and pay his commander $25 a day. I think that was another way of making money on journalists.

Najibullah turned out to be an absolutely amazing guide to so many things. First of all, this is a man -- he was in his mid-20s -- who had been fighting since he was 12. He was a portrait of an Afghan man who just found himself swept away by the conflicts that keep rolling across the Afghan mountains and plains there. He fought against the Soviets, then he fought against the Taliban, and now he was for a moment out of work because American special forces had taken over the fight.

He basically showed me what the lives were like of the foot soldiers whom American forces were using in Afghanistan to rout out the Taliban. Because he smoked a lot of hashish, he had a bit of a sweet tooth. He introduced me to jelebi, which is, as I described, Afghan doughnuts.

LRK: The idea of sugar and war -- somehow that combination clashes in my mind. Sugar, the treat, and the life that's being led.

As I later found out, there is also an alternative use of candy wraps. A group of gunmen whom I was also told to hire accompanied me on a very dangerous road, which we had dubbed "The Death Road" -- every country has "The Death Road." When my five bodyguards turned their guns at me to demand more money, I realized that they had wrapped the barrels of their Kalashnikovs with Hubba Bubba wrappers, Donald Duck stickers out of chewing gum packages and Dum Dums. I thought, "Really, I'm going to be killed by a gun that's screaming at me with yellow and pink and blue?" It was surreal, but wars are surreal.

LRK: That is utterly surreal. Are there any moments of sitting down at the table with people that really haunt you?

AB: First of all, an American army colonel once told me that people who go through a war with you are a small fraternity. Being together with someone in extremity is a very strong bond. People who work with me are risking their lives. After I'm gone, they continue to risk their lives because they live in a war zone. They can't leave; they don't have a place to go.

Sharing a meal is one of the most elemental ways of expressing that sense that we're a family; we're the closest of friends; we will, if it comes to that, die in each other's arms; we will be the last people we see.

The meals vary so much. There were these amazing, lavish meals that looked like wedding feasts that Iraqi soldiers threw for a unit of American soldiers with which I was embedded in 2005. Then there was a pit stop I made in a small Afghan village in 2001. The village was about to starve because they had no food, they had no access to food. It had a been a long, long drought. The nearest market town was 17 hours on foot, and they had no cars.

I stopped by a little lean-to that served as a shop that just sold necessities -- soap, matches and olive oil. The owner was just about to close the shop for the winter because there was absolutely no need for his wares. If you don't have anything to cook with cooking oil, then who needs it?

Because I was passing through, he saw me as a guest. He automatically became the host. He didn't have any food, either, but he shared with me what he could. It was a fistful of these gnarled, green, really dry raisins. He poured those raisins into my palm and apologized that he couldn't give me anything more.