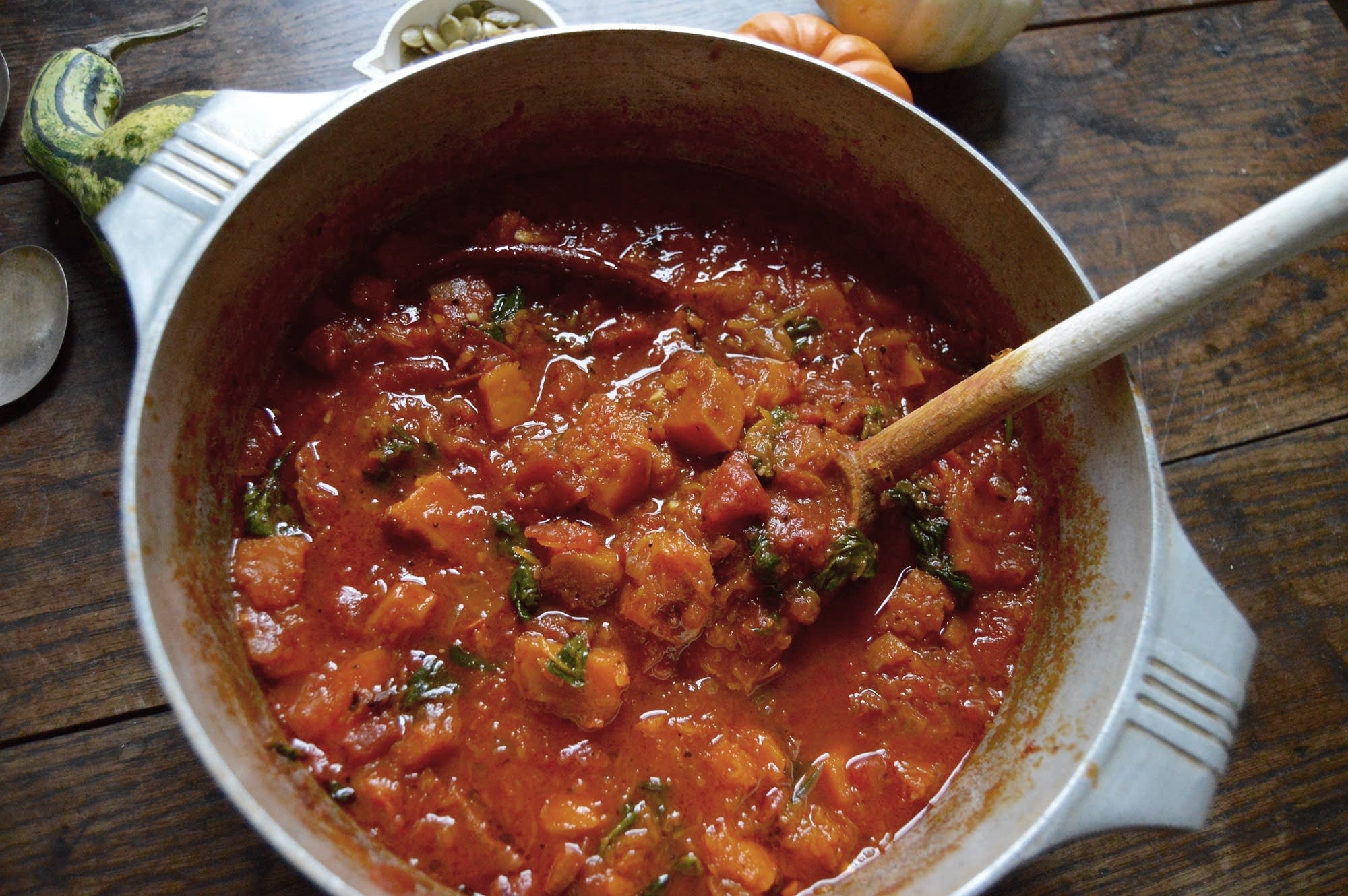 A cross between a soup and a stew, this hearty recipe is as filling as it is savory and delicious. We reinforced the subtle, smoky notes of the tomatoes by oven-roasting chunks of pumpkin until they were lightly charred. To make the soup vegetarian, simply omit the sausage and swap in water or vegetable broth for the chicken broth.

1. Preheat the oven to 400 degrees Fahrenheit.

3. Spread the pumpkin on a large rimmed baking sheet and roast until golden and tender-firm. It should be a little charred but not too tender, about 25-30 minutes. (Stir the pumpkin once after the first 20 minutes.) Remove from the oven to cool, and reduce the oven’s temperature to 350 degrees Fahrenheit.

4. In a small bowl toss the pepitas with 1 teaspoon of the oil, the cumin, the cayenne, and 1/4 teaspoon each of salt and pepper. Spread on a baking sheet and bake until golden, 4-5 minutes. Watch carefully to make sure they don’t burn. Transfer to a plate to cool.

5. Heat the remaining 2 tablespoons oil in a 6-quart soup pot over medium-high heat. Add the onions and sausage and cook, stirring, until the onions are golden, 8-9 minutes. Add the garlic, paprika, and remaining 3/4 teaspoon salt and 1/4 teaspoon pepper and cook 1 additional minute. Add the roasted pumpkin, chicken broth, tomatoes and dried chili and bring to a boil. Reduce the heat and simmer, stirring, until thickened, about 20-25 minutes.

6. Stir in the baby kale during the last 2 minutes of cooking to wilt.

7. Remove and discard the dried pepper, divide the soup among bowls and garnish with pepitas, if desired.