From Heirlooms and Hybrids
September 11, 2015 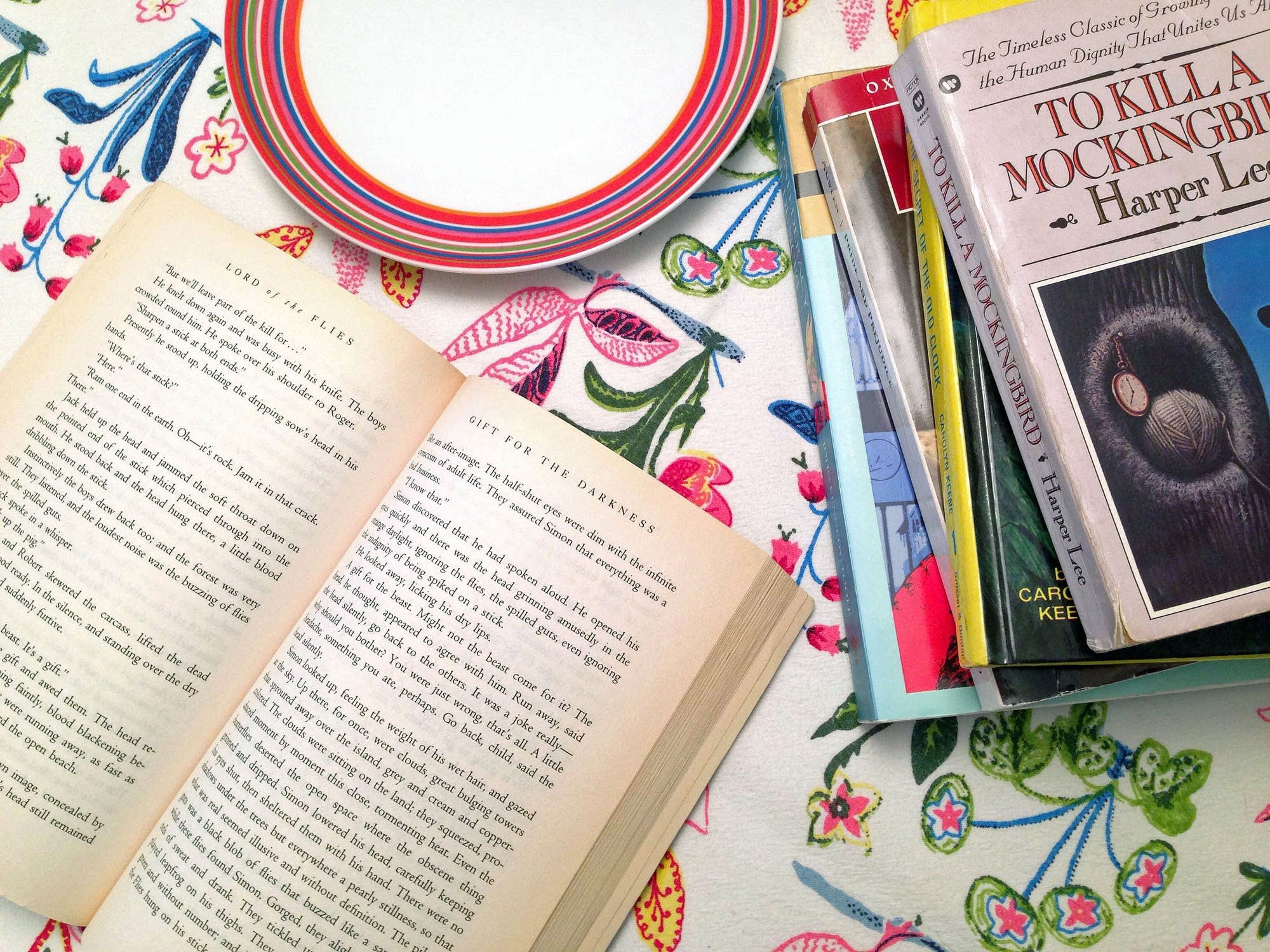 Cara Nicoletti, author of Voracious, cooked her way through dishes from her favorite novels. "Cooking the meals that [the characters] ate always felt like a natural way to be closer to them and make them feel more real," she says.

David Leite: I have to say that you put together two of my favorite subjects: eating and reading. How did this idea for edible literature come about?

Cara Nicoletti: It has always been something that I've been obsessed with since I was a little kid. I was really shy, and I read a lot from a really young age. I connected really deeply to the characters that I was reading about. To me, cooking the meals that they ate always felt like a natural way to be closer to them and make them feel more real.

Some of my books from when I was a kid, which I still have, have all the food scenes marked up in them. Every once in awhile, my mom would let me experiment with her in the kitchen, making pancakes from Pippi Longstocking and stuff like that.

But it really didn't take off until I went to college. I was studying literature at [New York University], I was working as a pastry chef and in a book club with my friends. I would make them meals from the book that we had just read. That blossomed into a supper club where I would make big meals for strangers in my apartment that were based on literature.

DL: Would you read from the books for those people when they came for the supper club?

CN: No, but everyone would bring their copy of the book. Sometimes they would read passages out loud to each other. But everyone knew really well, or they were anticipating what the food might be. That was really fun. I couldn't keep up with the demand for that. I only did a handful of them.

I turned that into a blog to keep up with it. The last 5 or 6 years, I guess 7 including the book club, have just been cooking recipes from literature ever since.

DL: In talking about the book, you divide it into three sections: You have childhood, you have adolescence and college years, and you have adult.

DL: Because boys did not read Nancy Drew.

CN: Did you read the Hardy Boys instead?

DL: That's what I had to. But I was desperate to read Nancy Drew.

But we did catch up in your adolescence. What are some of the most memorable food scenes from that section of the book for you?

CN: I think one of the most memorable, if not the most, was probably Rebecca. Both my parents were really wonderful about giving me books to read for comfort. My mom would leave books on my bed for me if I was going through a hard time. That was one of them. She left that book for me on my bed after I got my heart broken for the first time. The book pulled me out of the stupor that I was in. It's a book about first love and about loss of identity.

There's this scene where the husband, or the fiance, is proposing to her. This fly lands in the marmalade. She watches him shoo it away, and then put that marmalade on his toast anyway. I remember thinking when I was reading it, "Don't marry someone who does that. That's disgusting." But she does. I think that was probably the most memorable from that section.

DL: You also included biscuits and molasses butter from To Kill a Mockingbird, which is what Calpurnia serves Scout and also Jem. I expected the end of that to be the Lane Cake.

CN: I did the Lane Cake for the blog. It was one of the most popular posts ever. There were certain things that had gotten so much press and had been shared around so much that it didn't seem worth redoing.

But the Lane Cake, it was hard for me not to do that one because the cake is amazing too. It's such a great cake. I was a baker at Pies 'n' Thighs for a minute in Brooklyn. The first time I ever saw it on the prep list -- "make and assemble Lane Cake" -- I almost fell over because I didn't really know that it was a real thing. It's a great cake.

DL: What recipe connections between literature and the recipes you've included are you the most proud of?

CN: I think one of my favorites was the shrimp and mussel and cod stew from The Witches by Roald Dahl. There were a lot of books that I re-read as an adult that really didn't hold up. That was one that really held up. It was still just as magical as I remember it being when I was a kid.

You read Charlie and the Chocolate Factory and you think, "He's good at making up magical foods and things like that." But that one where the grandmother is talking about being a young girl in Norway and eating straight off the fishing boats and sucking the heads of the shrimp out, it's a really beautiful scene. It makes you realize that he's a really good food writer. He's a really good writer just in general.

I think the cornbread from Where the Red Fern Grows is really delicious. It's baked in a skillet and has honey butter. The edges are really crisp. It's a really good cornbread.

DL: The one that got me, because I read the book, was Lord of the Flies and porchetta di testa. I thought that was great because of course there's the pig head on the stick.

CN: I was surprised [Little, Brown and Company] would let me do that, but I'm very grateful that they did. It's a great recipe too. It's really delicious.

DL: Do you know if any of your readers from your blog have any plans of using Voracious as a guide for a book supper club?

CN: I really hope so. A big portion of my readers for the blog are people with book clubs. They'll find the blog by Googling recipes for The Goldfinch or something like that. I think it would be amazing as a guide for people to read for book club books. You'll have a recipe at the end to go along with it. But I am curious to see if people pick and choose the books that they've already read to read the essays about them, or if they go through and use it as a guide of what to read. I'm not sure.

CN: This is always a difficult question for me because I always feel bad about my answer. My No. 1 favorite book of all-time is Pride and Prejudice. I feel like people hate that answer.

DL: The recipe from that is what?

CN: It's a white garlic soup. I would say that's my favorite book of all-time. This is so hard.

I really did love The Goldfinch. I cooked through that entire book on the blog.

Then I would say the third is probably The Witches by Roald Dahl.

DL: Mine would be The World According to Garp. You're going to have to get back to me about what I should cook from that.

David Leite is the publisher of the website Leite's Culinaria, which has won two James Beard awards. He is the author Notes on a Banana: A Memoir of Food, Love, and Manic Depression, as well as The New Portuguese Table: Exciting Flavors from Europe's Western Coast, which won the 2010 IACP First Book/Julia Child Award. Leite also won a 2008 James Beard award for Newspaper Feature Writing Without Recipes, a 2006 Bert Green Award for Food Journalism, and Association of Food Journalists awards in 2006 and 2007.
Spicy Roasted Carrots With Avocado, Sprouts, and Sunflower Dukkah
Kisiel
Goong Goong’s Almond Cookies
Slow-Roasted Harissa Salmon