Chef Daniel Patterson: Your hands are the best kitchen tool 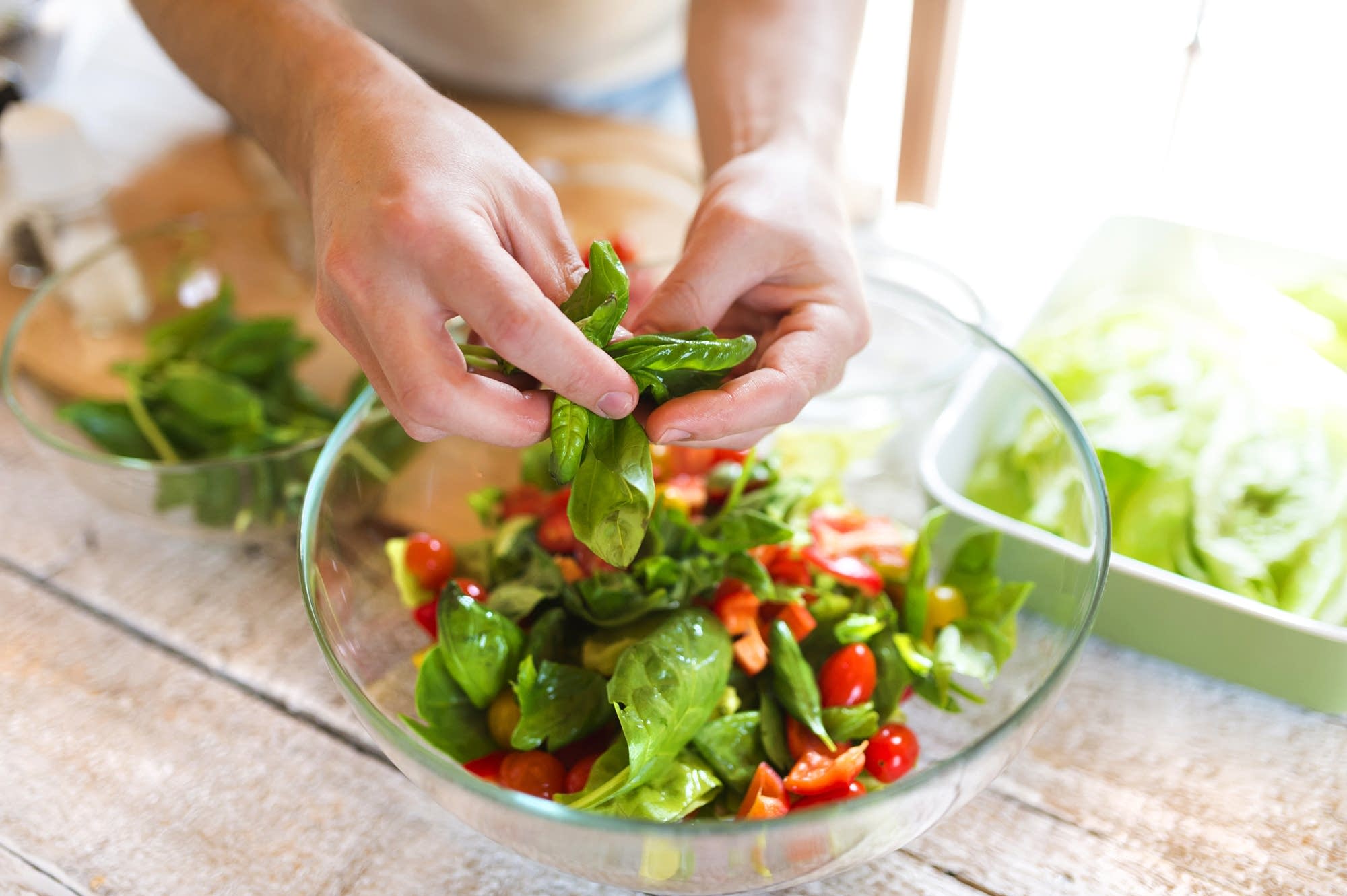 Chef Daniel Patterson makes a strong case against using tongs in the kitchen. "There is nothing that is better suited to toss a salad than your hands," he says.

[More from Patterson on Coi, his San Francisco restaurant.]

Lynne Rossetto Kasper: What tops the list of your favorite tools?

LRK: Why am I not surprised?

DP: You can go out and you can buy any kind of high-tech tools. But at the end of the day, there's one thing that gives more information more accurately and more consistently than anything else, and that's my hands.

LRK: I have always thought that too. But when you watch these chef shows, all of these people are using tongs. What's with the tongs?

DP: That's a great question. When I started working in restaurants 25 years ago, I thought tongs were fantastic because I'd never seen them before at home. I went in and everyone was using tongs. The great thing about tongs was that you could twirl them around on your finger and look really cool.

LRK: It's sort of the gunslinger's approach to cooking.

DP: Exactly. I was 14 years old. That looked pretty good to me.

But what I realized over time is that tongs are a really brutal way of handling food. They're not sensitive to the food, they're kind of rough around the edges and they tend to tear things. And you don't learn anything.

If we have a very hot piece of meat in a pan, we use a spoon to turn it. Or we use chopsticks, which have metal ends, which we got in Japan. Basically everyone around the kitchen has them. That's what we use to turn things. Honestly, we'll put our hands into hot pans as much as anything else.

LRK: Yes, but you have the skin of an orange.

DP: That's not a recommendation.

LRK: But how do you use touch? For home cooks, how do you recommend we use our hands to tell us that information you refer to?

DP: A great example is -- I was just talking about this with a friend of mine -- they used to have all kinds of problems figuring out when a piece of meat was done. My wife used to be the same way: She would take it out of the pan, cut it with a knife and look at it. If it wasn't done, it would go back into the pan leaking juices. Then sometimes if this piece of meat was really unlucky, it would come out, get cut again and then go back in again. By the time I got it, it was mangled. I would just sit there quietly.

Eventually I showed her, "Look. If you feel it and you get used to what feels like rare, what feels like medium-rare, then you don't have to go through that whole process." She over time learned how to touch the meat to figure out when it was done and what it felt like.

There's some shorthand to that; I forget what it is. A friend of mine told me, I put it in a story I wrote one time and then, of course, promptly forgot it the next minute.

[Editor's note: Patterson wrote that "a good rule of thumb is to feel your earlobe—that’s rare. The tip of your nose resembles medium, and your chin is well-done."]

LRK: Does that apply to everything from a chicken breast to a piece of fish?

"People have gotten afraid to engage with what they're eating."
-Daniel Patterson

LRK: How often do you use your hands to know what size a portion is or to measure?

DP: Not very often. For that I use my eyes. We use scales too.

The other thing is for seasoning. A lot of times people will use spoons and sprinkle things. We use our hands because the way that the salt falls out of our hands is much more even and much more controllable.

LRK: The other thing is that this gives you a connection to your food.

I think the thing about the tongs too is -- you're outside in the backyard, you're grilling and they're perfectly fine. But they're in a way symptomatic to me of a larger remove from our food that has happened over the last 40 or 50 years. People have gotten afraid to engage with what they're eating. There's something about the tactile interaction between your food and touching it that leads to a deeper sensitivity and in a way brings you closer to what you're cooking.

LRK: You're right -- it's a deeper engagement.