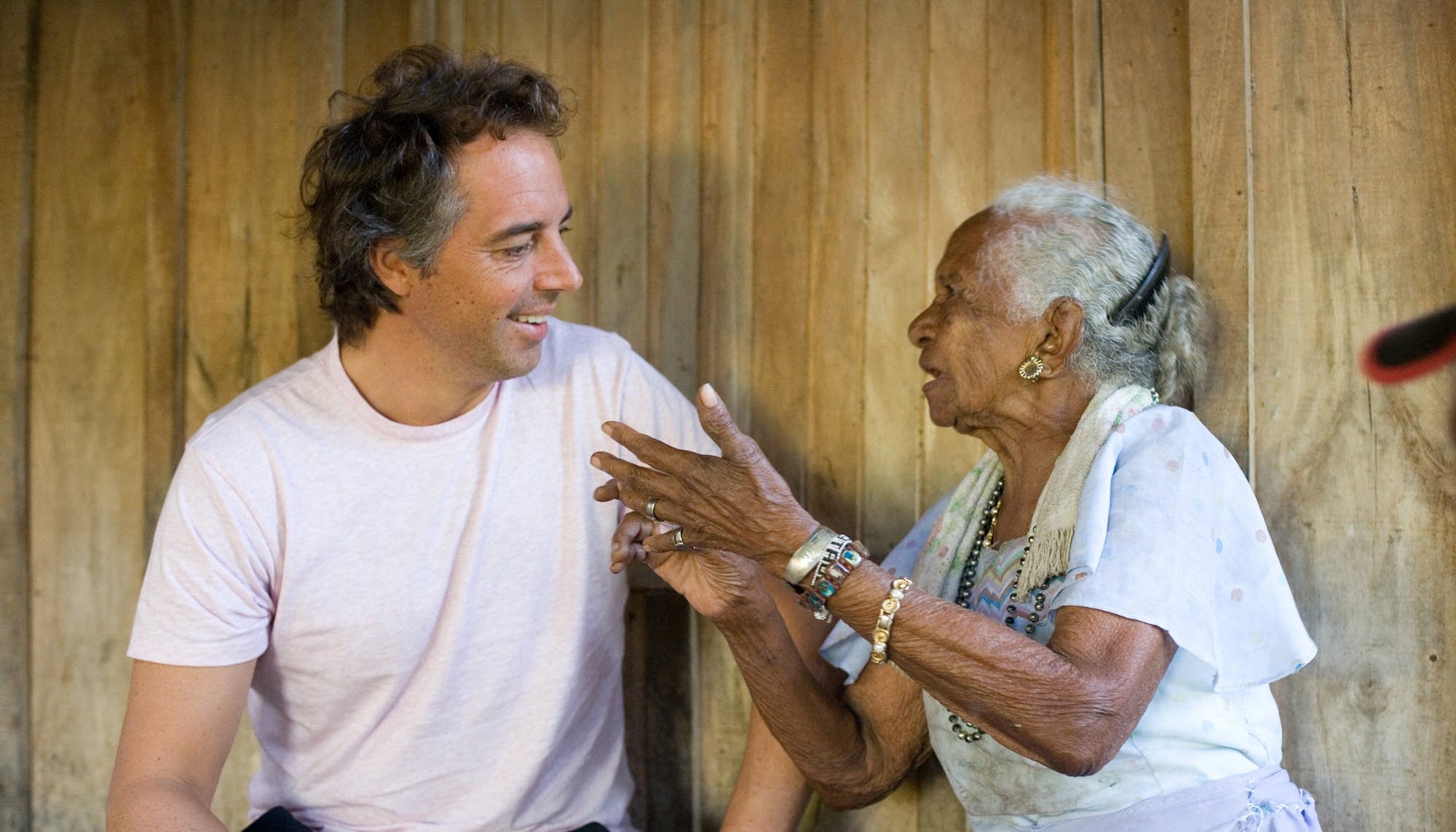 National Geographic Fellow Dan Buettner went around the world in search of communities where people live the longest. "The goal of the project was to, in a sense, reverse engineer longevity," he says. "To find out what they were doing and learn the lessons that we can apply to our lives." He is the author of The Blue Zones Solution.

Learning about longevity from Blue Zones

Lynne Rossetto Kasper: Could you explain what you're talking about when you say "Blue Zone"?

Dan Buettner: This was a 10-year project with National Geographic that set out to find the pockets in the world where people live demonstrably longer, either with the highest rates of centenarians or the highest life expectancy.

We found one in Okinawa, Japan. The longest-lived women in the world live in Okinawa, Japan. The longest-lived men live in villages in Sardinia, an Italian island. We found one in Ikaria, Greece, where people largely elude dementia. In Costa Rica on the Nicoya Peninsula, people are about two-and-a-half times more likely to reach a healthy old age. Here in America, it's among the Seventh-day Adventists in Loma Linda, California, who live 10 years longer than the rest of us.

The goal of the project was to, in a sense, reverse engineer longevity. To find out what they were doing and learn the lessons that we can apply to our lives.

LRK: When you say "live longer," there was the qualification of living well as they lived longer.

DB: Yes. The general rule is the longer you've lived, the healthier you've been. In these places they're not only living longer lives, that disabled part of the end of their lives is compressed or shortened. They have really healthy social networks. It's not one silver bullet; it's silver buckshot.

LRK: You've done a couple of books on this. Tell me about the latest one.

DB: I came to realize that the runway to health is through our mouth. We took a really deep dive into the diets of longevity around the world. We worked with the University of Minnesota and distilled down 155 dietary surveys in all five Blue Zones.

What were 100-year-olds eating for the past 100 years? We distilled it into easy guidelines -- not only what they were eating, but how they were eating -- as an effort to introduce Americans to the idea of Blue Zones.

LRK: Can you give us a nugget?

DB: First of all, they were eating a very high-carb diet. About 65 percent of what they ate were carbohydrates -- mostly grains, oatmeal for breakfast, for example. The longest-lived women in the world, Okinawans, ate mostly sweet potatoes.

The cornerstone of every longevity diet in the world is beans; about 1 cup of beans a day. I would argue that's the best longevity supplement in the world. Ounce for ounce, it's more protein than beef at one-fifth the cost.

[More from Buettner: Oatmeal for breakfast will make you happier, and three other tips.]

Creating 'the right environment' in other communities

LRK: In this book, you did a series of makeovers of entire towns.

DB: The central idea of Blue Zones is that longevity happens to people -- you live in the right environment.

Based on that, we started with Albert Lea, Minnesota. We helped the city change its food policy. We worked with almost all of the restaurants and the grocery stores to make eating environments just 10 or 20 percent healthier. After working with them for about a year-and-a-half, we ended up lowering their health care costs by 40 percent.

Now working with a company called Healthways. We're in 23 cities in the whole state of Iowa doing these Blue Zone makeovers.

LRK: As part of the Blue Zones, there were things that naturally evolved from peoples' cultures -- the way they ate, but also a sense of community among them. They had close friends for a lifetime, people they saw all the time and as you said, a sense of purpose.

How do you superimpose that on this culture? We're completely different. We don't have thousands of years or hundreds of years of those kinds of elements embedded in our entire surroundings and how we live.

DB: If your three best friends are obese and unhealthy, there's about 150 percent better chance that you'll be overweight yourself.

What we've been really successful with doing in these cities is clustering people in groups of five. We took the idea from Okinawa -- they're called moais -- and we just had people commit to either walking together or having plant-based potluck dinners together for 10 weeks.

We found in Albert Lea that about 60 percent of these moais stay together. You then set up this permanent social network that supports healthy eating or movement that tends to last to date 5-6 years.

LRK: It's still successful after 5 or 6 years?

DB: With 60 percent of the people who sign up for it.

Social interaction is very important to humans. If you're technically lonely in this country, it shaves about 8 years off your life expectancy. Just the mere act of being socially connected with people who care about you is part of that whole longevity formula.

LRK: How about the political side of this? When you're talking about changing the environment of an entire town there has to be cooperation among the leaders.

DB: Yes. First of all, we only come into cities that invite us. When we come in, we get a pledge from the mayor, the city manager, the head of public health, the superintendent of schools and the big CEOs or we don't come in.

We do come in with a bundle of food policies that make eating fruits and vegetables cheaper and more accessible, and that make eating junk food harder. We say that right up front: "We want a healthier food environment here."

But instead of [former New York Mayor Michael] Bloomberg coming in and saying, "You have to limit the size of your sodas to 16 ounces," that's in our bundle, that's in our menu of food policies. We show them 40 other evidence-based policies that create a healthier food environment, then they choose what's right for them.

LRK: What percentage of a town population gets involved with these Blue Zone projects?

DB: If you're affecting food policy, active transportation policies and tobacco policies, you impact 100 percent of the population.

We see drops in obesity by as much as 15 percent in some of our cities. Our big win in the Los Angeles beach cities was dropping the smoking rate by 30 percent, which will save tens of millions of dollars.