How to grow microgreens, sprouts and shoots on your kitchen counter

by Lynne Rossetto Kasper
Listen: How to grow microgreens, sprouts and shoots on your kitchen counter
06:29 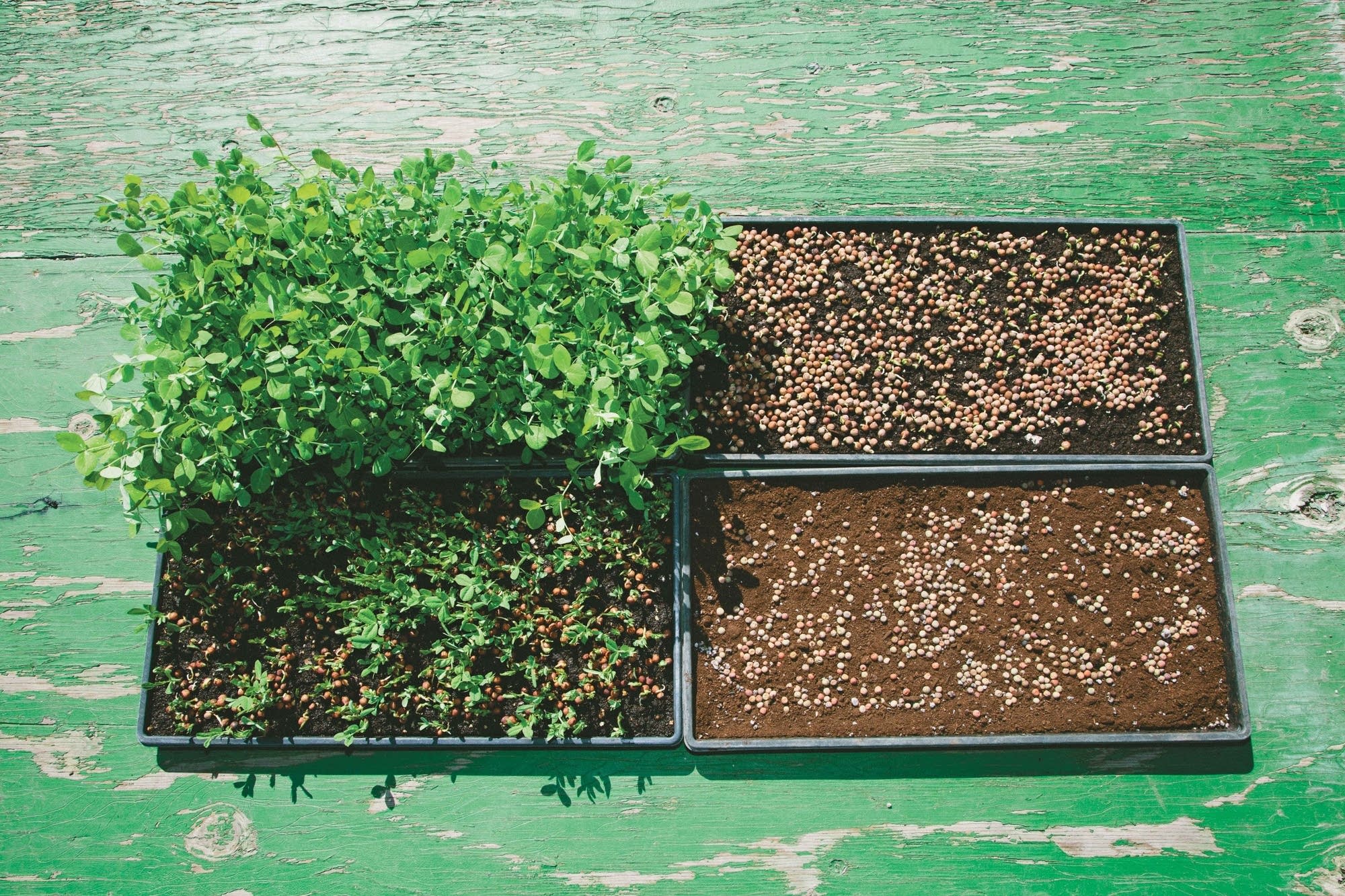 No matter what time of year it is, Elizabeth Millard always has fresh vegetables. The author of Indoor Kitchen Gardening grows everything from carrots to kale inside. She explains how to grow microgreens, sprouts and shoots on your kitchen counter. [Find Millard's step-by-step guide to growing pea shoots here.]

Lynne Rossetto Kasper: You start the book with microgreens, so I gather that's a good starter project. How do I begin growing microgreens? Which ones should I start with?

Elizabeth Millard: Microgreens are basically the first stage of the growth of a plant. It's not like there's some special plant out there called microgreens. You can have this wide variety; you could have basil, carrots, radishes and mustards. You can create a mix with different microgreens.

All you really need is just a little bit of soil, because they're going to have a very shallow root system. Drainage would be great. A lot of times we grow microgreens in those little plastic containers that you have for blueberries or raspberries.

LRK: Because they have holes in them.

EM: Right. That's something that would fit really well on your countertop.

LRK: Because they don't need a super amount of light?

EM: Not really. You just get a light and you put it pretty close.

LRK: How long does it take before I have microgreens?

LRK: You said something that stopped me in my tracks: In some cases, there are 40 times more nutrients in a microgreen than in the mature plant.

EM: I have been doing some research on that. This was an academic study from the Journal of Agricultural and Food Chemistry. They did a nutrient density study and found that because the energy of the plant is so concentrated, it's incredibly nutrient-dense.

LRK: They're very powerful in terms of flavor and really distinctive.

LRK: From microgreens, the next place you go is the sprout. I always think of bean sprouts. But you talked about something that really rang a bell for me.

We were doing a show in Hawaii several years ago. We were on a farm where a man was working organically. I was asking him, "What are you doing that's different from everyone else?" He said, "We're trying to do corn shoots."

He took us to a small building. He said, "We try to keep it out of the light." You walk in, it's pitch black and the aroma of sweet corn was so intense. It was like a wave coming at you. There were these 2-inch, 3-inch yellow shoots. I was just blown away. [The audio of the interview with farmer Dean Okimoto begins at 6:20 here.]

Can I do that?

EM: Yes, absolutely. If you want to have a whole warehouse full of them, that's up to you. But my partner, Karla, and I decided for fun to see if we could grow these sweet corn shoots. We bought some organic popcorn from the co-op, we soaked it in water so it would begin to sprout a little bit, then we just threw it into some soil.

You don't have to cover it. You do it on top of the soil -- microgreens and any kind of shoot. They're so weird and flavorful. They taste like you're biting into fresh sweet corn, not even cooked sweet corn. It's amazing.

LRK: I can imagine putting this on a salad.

The sprout idea is basically that you soak whatever you want to sprout, and then it goes on a thin layer of soil?

LRK: Generally it'll take a week or so to sprout, depending on what it is?

EM: Yes, it depends on what it is. The peas really don't take very long at all. We do a lot with pea shoots. That might take maybe 2 or 3 days.

LRK: This is instant gratification.

EM: It really is.

LRK: You talk about lemon grass. I love lemon grass. It's a wonderful seasoning. We're seeing it more and more, but it's hard to find. When you find it, it's often $12 or $13 a pound.

EM: Sometimes it looks a little worse for wear because it's had a long journey.

LRK: It's a long, tall stalk. I can sprout this in my house?

EM: You need to have a source for the lemon grass. A little bit like an onion, put it in some water. It should begin to sprout and have some roots. Then you can just plant it.

LRK: You can do that with onions?

EM: We do that with scallions all the time. I think at this point, we buy scallions on the off-season maybe once every month or so, and we use a lot of scallions. Just be sure to buy the ones that still have the roots on them -- the little white roots. You put those in water. It will grow from the top. You cut those, and it will just keep on trucking. It'll be a happy little plant. It wants to please you.

LRK: With all this shallow planting you're talking about with sprouts and microgreens, I would imagine that you're really going to have a mold or deterioration problem.

EM: That's why in the book one thing that I like to say is about airflow. You really want to get maybe one or two small fans. If you have an overhead fan, that's perfect. Just set it on low.

Because what you're doing inside is you're trying to replicate the outside as much as possible. When you think about outside, there's wind. That stresses the plant just a little bit, and that's good. Plants need just a tiny bit of stress.