Just one drop of essential oil can transform an entire dish

by Jennifer 8. Lee
Listen: Just one drop of essential oil can transform an entire dish
07:51

Mandy Aftel, author of Fragrant: The Secret Life of Scent, uses a drop or two of essential oil to transform things like ice cream and tea. "It's very special to have something where one drop -- which is this consolidated, precious, wonderful essence of something -- can change things," she says.

[Not all essential oils can be ingested. Check the FDA's Generally Recognized As Safe list before adding them to food.]

Jennifer 8. Lee: Your book highlights five landmark flavors. Why did you choose these five?

Mandy Aftel: These five aromas are really almost like a gateway drug, a gateway aroma, to certain very deep human appetites that have been with us since the beginning of time. There are very interesting ways that we have had of both bringing aroma into our lives, but also bringing certain emotional states into our lives. They were very, very important in how we developed.

MA: It's all about the spice route and things that are exotic and far away that we can bring home. They have those sharp, strange tastes that are very intense that are used for cooking, but also used for perfume.

Cinnamon is my main one, my rock star of the spices. It was just so far away, so exotic, and people had such pleasure in bringing it home. It's very interesting how it has fallen; now it's a very common spice that people don't travel the world backward like Christopher Columbus did to try to get more of it.

MA: The next one is mint, which stands for herbs. It is all about what's authentic, what's close to home, what's literally underfoot, and also about America. There was a huge mint industry here in America that was completely fascinated. It was rooted in Michigan and it grew into our toothpaste, gum and things like that.

But when you think about mint, mint is the gesture of home and hospitality. When someone comes to your house, you give them mints, you give them mint tea. It's how we welcome someone in our lives, through the smell and taste of mint.

MA: Frankincense is all about the human appetite for spirituality and transcendence. It stands for all the resins in all the trees, and how important trees are in our spirituality. Frankincense itself has played a huge role in incense, but people also use it for baking. They also will just put a chunk of it -- it's the lifeblood of the frankincense tree -- in water and then drink the water.

MA: Ambergris is actually sperm whale poop, just to get that right out there. It's one of these magical ingredients that relates to our desire, our appetite for curiosity, for wonder, for what's strange, what's animal, what's sensual.

Ambergris has this very interesting history of being used to flavor chocolate. There are also many old cake recipes that include ambergris and musk. I know it looks odd, but it's this very magical, transformative, ambery, very beautiful smell and taste.

MA: Jasmine is about our appetite for beauty and many of the flowers or things we grow in our gardens. Flowers are used to scent tea, for desserts, and jasmine has certainly been used in different recipes.

J8L: How do you get these flavors into your recipes?

MA: I am a big fan of using essential oils in cooking. I find them like magic practically. It's very special to have something where one drop -- which is this consolidated, precious, wonderful essence of something -- can change things. If you have one drop of cinnamon and you put it into some ice cream or into a teapot with tea, it will just transform that whole thing. You don't need much of an essential oil.

J8L: And it's better than powdered cinnamon.

MA: It's so much better than powdered cinnamon.

MA: Even cinnamon sticks. Because what you usually get when you get cinnamon is cassia. Cassia is a cheaper version of cinnamon. It's not exactly cinnamon, and it tastes and smells more like a Red Hot. It has that very pointy, aggressive, sharp cinnamon smell. But when you smell a beautiful cinnamon, you begin to understand your history and begin to understand the spice route and all these exotic places people went to get these marvelous things.

There's always this story that spices were used to preserve meat. I found that it's completely wrong, that actually meat was cheaper than spices.

People just liked a more aromatized culture and food, and they were interested in these spices. They were both beautiful and they triggered their imagination. So when you have a very beautiful cinnamon and you smell it anew, it's woody, it's warm, it's balsamic, it's sweet. It has these layers of smell. It's just delicious.

J8L: I think many people don't realize that you can ingest essential oils. Can we ingest them all? If we can, where do we get them?

MA: You definitely cannot ingest them all. There's a list that you can just look up online that's called the GRAS list, which is the Generally Recognized As Safe list. It's put out by the FDA. They have essential oils on that list, so you can look them up.

If you're going to ingest them, it's good that they're diluted and you use maybe one drop. It isn't something you use a lot of. You would maybe put one drop in olive oil, one drop in vinegar, one drop in soup or something like that. They need to be diluted. They're very, very strong. They're the essence of the plant.

You want to have an eye-dropper. Or, what some people do is they take a toothpick, they put the toothpick in the essential oil, and then they take that toothpick and they stick it into the soup, the stew, the salad dressing or the ice cream. You get a drop, or even less than a drop.

A lot of health food stores sell essential oils and there are a lot of mail-order places -- which I have a list of in the back of my book. You can often buy extremely tiny amounts, equivalent to a quarter of a teaspoon. You can try lots of different kinds and see which cinnamon you like the best, from where, or which mint.

It's very interesting too, for example, if you get mint oil, which is just divine, and you smell peppermint next to spearmint. You'll realize immediately that people use peppermint a lot for desserts and for drinks, but they don't really use it in savory cooking. Spearmint is both in desserts and drinks, but it is also in savory cooking. It's because of that high quality of menthol.

When you smell it, you become very aware of how interesting and beautiful each one is. I would experiment and smell lots of things. 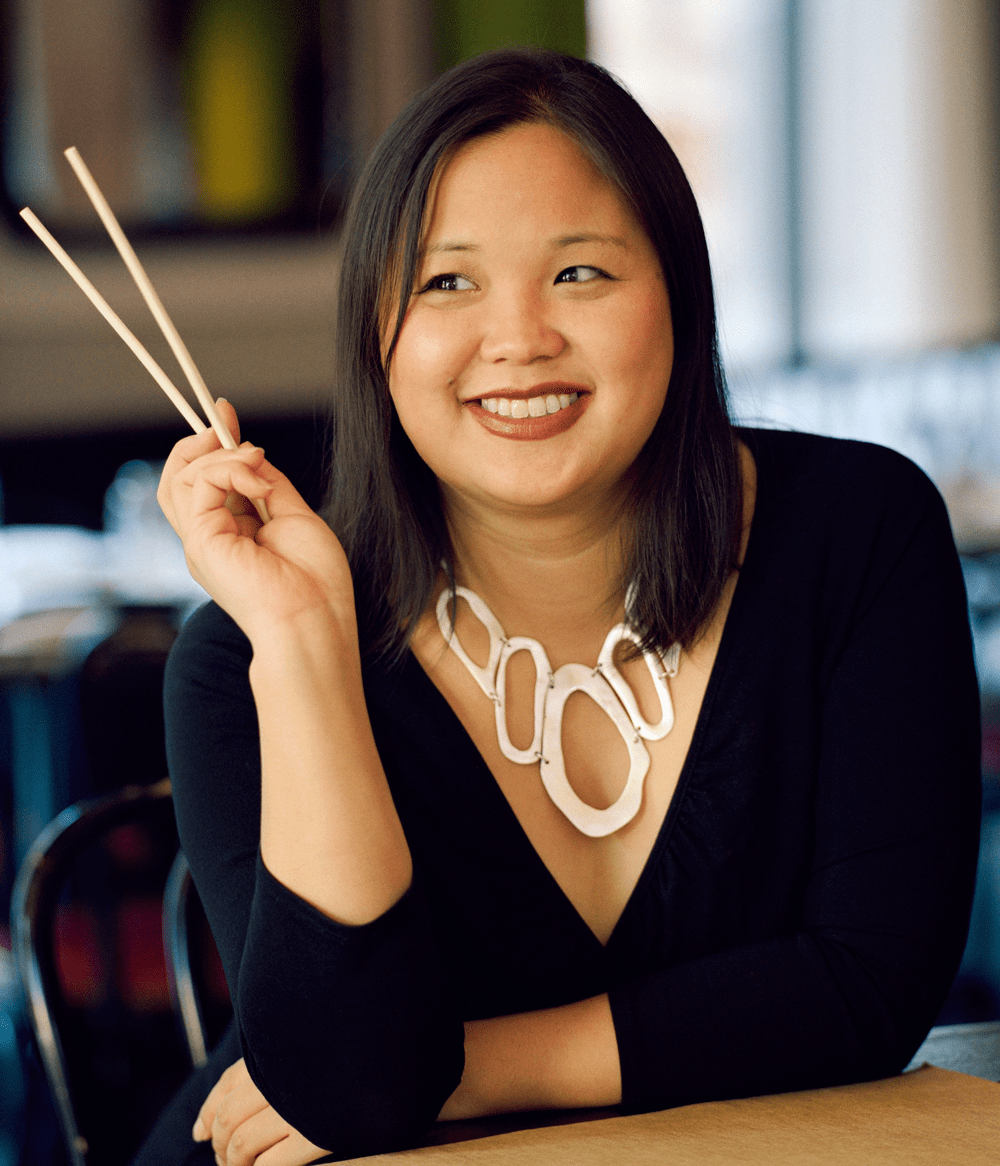