It's not Thanksgiving without pumpkin pie: An open letter to Bon Appetit's Adam Rapoport 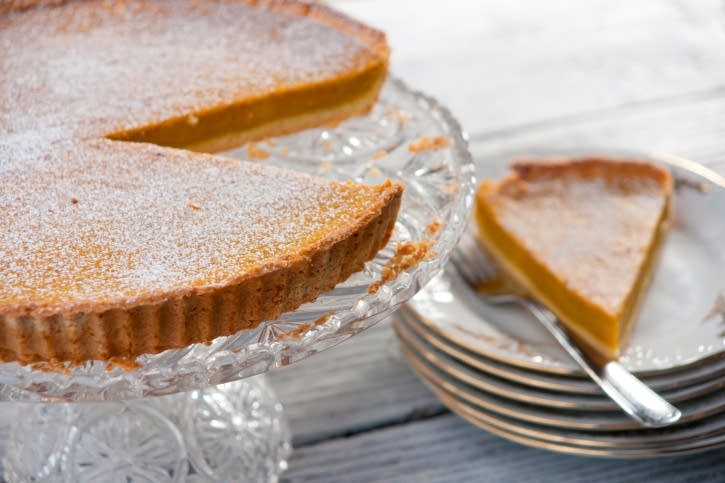 Lynne Rossetto Kasper recently interviewed Adam Rapoport, editor in chief of Bon Appétit. Rapoport said, "No one actually loves pumpkin pie. Everyone's like, 'Yeah, it's good. I'll eat it because it's Thanksgiving.' But you know what? I don't want to eat it. I'm done with pumpkin pie. I'm calling it right here."

This is her response to Adam.

Thanks for a great interview, for sharing a dynamite Thanksgiving menu and for lots of laughter. But you stopped me in my tracks with that emphatic “no one actually loves pumpkin pie.”

Au contraire, my friend. For some of us you can ditch the turkey, but do not lay a finger on that pie. Come on, pumpkin pie is going to grandma’s house over that river; it’s a warm fire on a winter night; it’s pure, sweet, spicy comfort in a crust; it’s what bourbon was aged for.

So here’s the recipe I mentioned that debuted in Bon Appétit in 1979 in a piece I did about our Italian family Thanksgiving.

Yes, I do bake it all winter, along with turning the filling into semifreddo, a shamelessly inauthentic tiramisu, a chiffon pie with a gingersnap crust and a brunch pudding with maple syrup. Sometime in April, when the snow finally melts, I give up the ghost.

Confession: Seeing this first recipe after some 20 years, I realize it’s morphed over time.

Early on I switched to roasting butternut squash. When it comes to flavor, most pumpkins teeter toward tasteless. The spices increased (and now I grind them fresh -- so easy). Sour cream and vanilla are the mellowing contingent, opening the spices all the way and giving the roasted squash a caramel edge.

So this is why you’ve got two “pumpkin” pie recipes: Spicy Pumpkin Pie with Pecan-Allspice Crust and Butternut 'Pumpkin' Pie.

Have a great Thanksgiving and thanks again for the good eats and conversation,
Lynne

For lovers of pumpkin pie:

For people who are done with pumpkin pie: