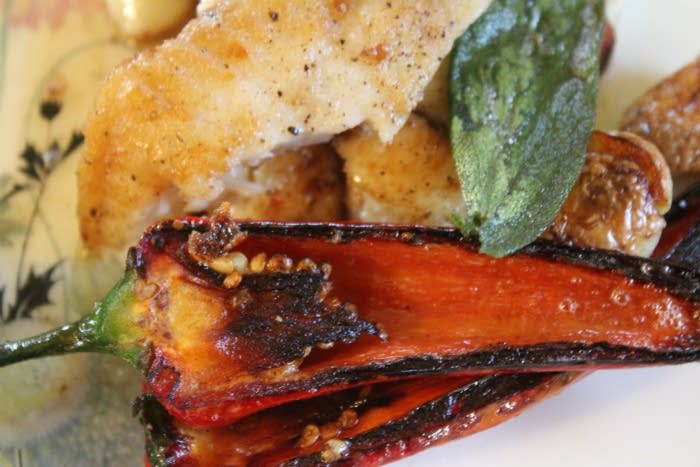 Heat a large skillet (one that can accommodate both fish fillets with space to spare) over high heat.

Sprinkle both sides of the fish with salt and pepper, and dust the skin, or if you're going skinless, the prettier side (that which was closest to the bone) with a thin layer of flour.

Add the canola oil to the hot skillet, and then add the fish, flour-side down. Press the fish gently into the pan with a flat spatula, and cook over high (but not raging) heat until the underside turns dark golden brown and doneness creeps two-thirds of the way up the sides of the fish, about 2 minutes. Halfway through the cooking, add the halved jalapeño, cut-side-down.

When the opaque whiteness has crept two-thirds up the side of the fish, you're ready to flip it over. Add the garlic and sage leaves to the skillet, and flip the fish. Add the butter and immediately begin basting the fish with a large serving spoon, tilting the pan slightly and spooning the hot foaming butter over the fillets until the inside of the fish begins to flake, the exterior has turned evenly golden, and the butter has browned, 1 to 2 minutes. Transfer the fish to plates and serve immediately. 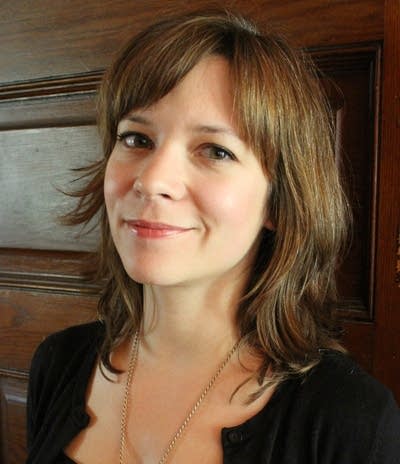 Amy Thielen is a chef, a TV cook and a two-time James Beard Award-winning food writer. She is author of The New Midwestern Table and appears on the cooking show "Heartland Table." She has written for Men’s Journal, Midwest Living, Epicurious, the Minneapolis Star-Tribune, and Saveur, where she is a contributing editor.
Cucumber Tahini Gazpacho with Crispy Spiced Chickpeas
Summer Squash Escabéche with Mushrooms, Arugula, and Steak
Salmon Cakes with Chimichurri
Sticky Korean Beef