Bringing the chemistry lab into the kitchen at Kimball House

by Ari Daniel
Listen: Bringing the chemistry lab into the kitchen at Kimball House
05:38 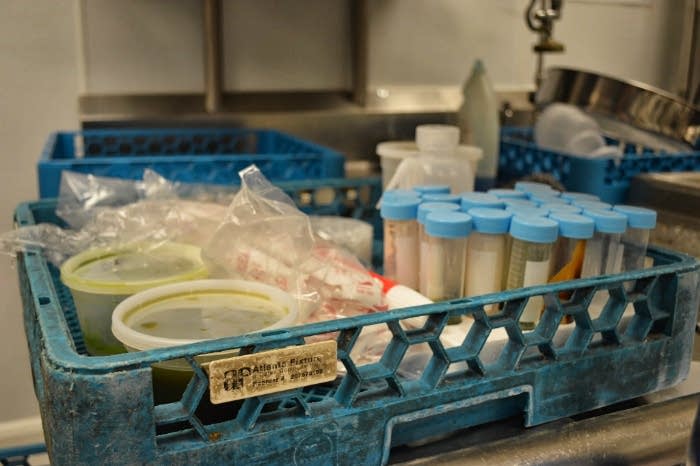 What happens when you pair two chefs and a card-carrying chemist? Ari Daniel was invited into the kitchen of Kimball House to observe.

Just outside of Atlanta, there's a special place called the Kimball House.

"Our first goal as chefs is to nourish people," says Jeffrey Wall, co-executive chef at the restaurant.

"It's about presenting something new, a new experience," says Philip Meeker, Wall's friend and co-executive chef at Kimball House.

That new experience involves the freshest and most local of ingredients, the use of modernist techniques, and partnering up with Justin Gallivan, who calls himself " a card-carrying chemist" at Emory University. "This is like an arranged marriage that seems to have worked very well," he says.

Gallivan is also a pretty good amateur chef. He's gotten into using things from his chemistry lab in the kitchen, which just thrills the two chefs at Kimball House. For instance, when Gallivan entered the restaurant kitchen that evening, he came bearing gifts: He had taken ground-up, toasted pecans and run them through his centrifuge.

"This was spun at about 10,000 times the force of gravity. What that does is it basically moves the heavy stuff to the bottom," Gallivan says. "So you start getting a separation. On the top you can actually see this nut cream." A middle layer is pure pecan oil that Gallivan says smells like pecan pie.

The chefs instantly assimilate the new taste into their flavor repertoire and incorporate it into the salad course (the term "salad" is used rather loosely around here). Meeker wants to make the salad look like a pond in one of Monet's lily-filled paintings. Juiced vegetables -- romaine, celery and fennel -- form the green pond water. Nasturtium leaves become mini lily pads. It's finished off with a couple drops of Gallivan's pecan oil. The result really does look like a pond on my plate. It's bursting with pecan flavor.

"To be able to execute clean flavors like this that are so concentrated is what everybody wants in the culinary world," Wall says.

I ask him what chemistry has to do with cooking.

"I think everything," Wall says. "Cooking is a constant battle with learning how food works. And food is chemistry."

The final dish in our seven-course meal is a duck that Meeker and Wall fed figs and almonds to make flavorful and fat; feeding ducks figs is a 4,000-year-old technique. They worked up the duck in four different ways.

First they make a roulade by rolling up the breast inside the skin and searing it to caramelize the exterior. "Caramelization is basically heating sugars to very, very high temperatures," Gallivan says. "There are also browning reactions that are collectively known as Maillard reaction and are also associated with producing flavors and some of the colors."

The second preparation is a duck mousse made from pureeing the legs and tenderloins with creme fraiche and a touch of nutmeg.

"We're just transforming matter from one state into another. Whether it's transforming molecules from A to B or transforming this duck to some remarkable dish, it's all chemistry," Gallivan says.

Third, they make a homemade ravioli from ricotta, bok choy and duck leg confit. The confit was cooked using a modernist technique called sous-vide. "Sous-vide is a process in which food is cooked in a water bath to a very precise temperature. You let it sit and it will equilibrate and it cannot overcook," Gallivan says.

The final preparation is pastrami on toast with fig jam and almonds. "We wanted it to eat figs and almonds, and then we wanted to serve it with figs and almonds," Wall says. "We had high-tech equipment to cook all this at perfect temperatures and then, yet it's a 4,000-year-old technique."

The preparations of duck are displayed on a long dish, each one a swirl of form, color and aroma. What's happening in this kitchen is a deep blend of science and art.

"We try to like, take many different viewpoints," Meeker says. "We think about maybe a song and we think about this flavor's parallels to notes. Or we'll think about a nice poem by Ezra Pound. It's always good to find inspiration everywhere and to have your mind open."

In finding inspiration in music, poetry and chemistry, the result at Kimball House is unforgettable.

Small Matters is produced by the Center for Chemical Evolution, and sponsored by the National Science Foundation, with additional support from NASA. 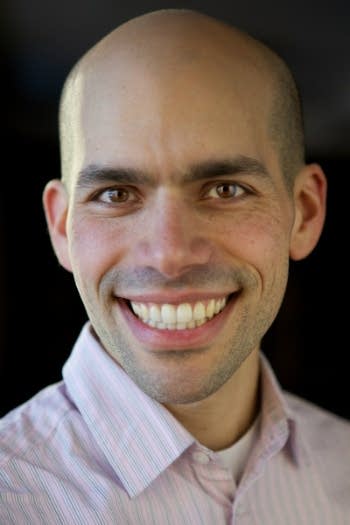 Ari Daniel is a freelance journalist who has contributed to Morning Edition, All Things Considered, Radiolab, Here & Now, The World and NOVA.