Maya Angelou's wish for future generations: 'That they would sit down together and eat'

by Lynne Rossetto Kasper
Listen: Maya Angelou's wish for future generations: 'That they would sit down together and eat'
05:19 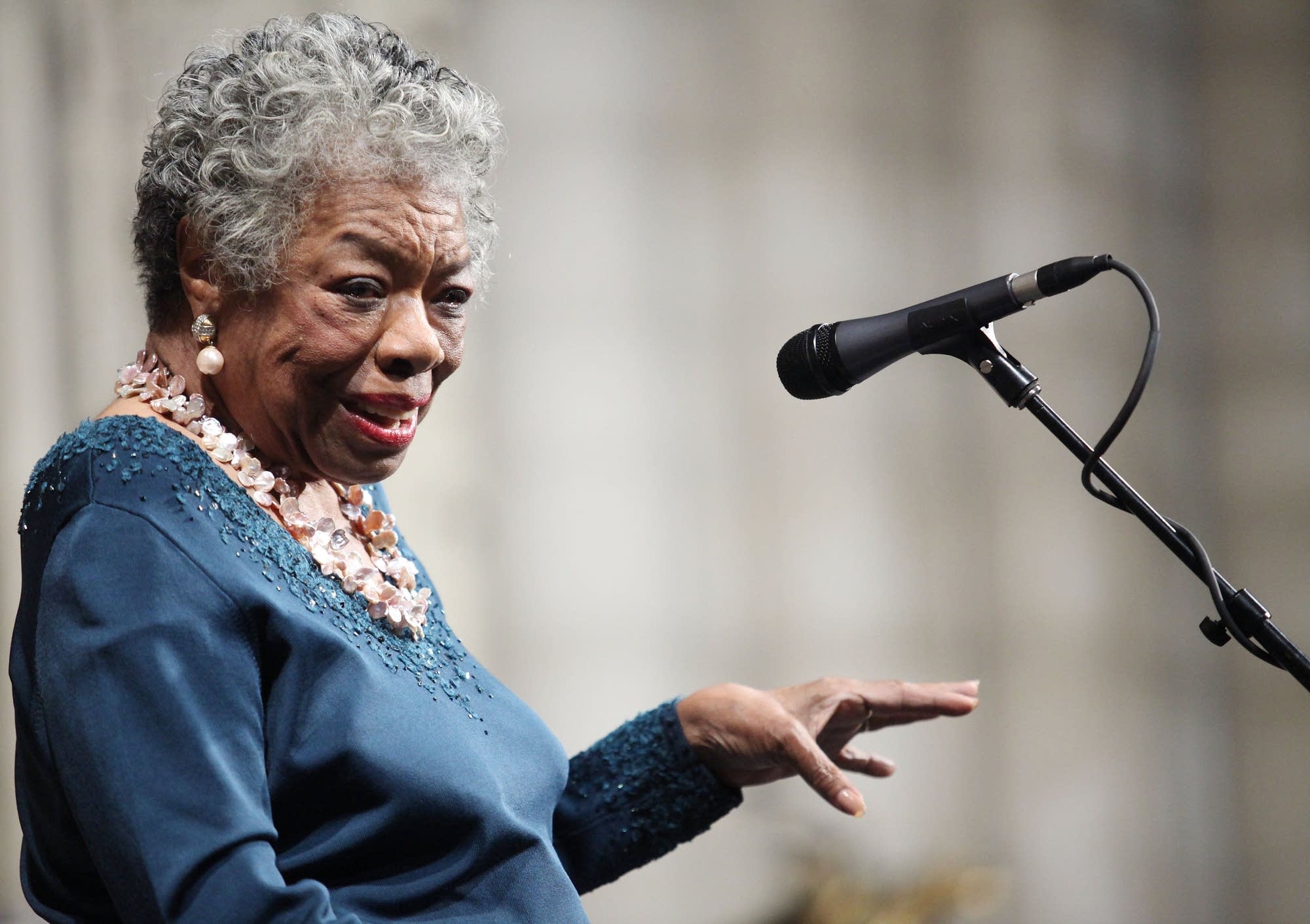 Maya Angelou spoke with Lynne Rossetto Kasper in 2004 about her book, Hallelujah! The Welcome Table: A Lifetime of Memories with Recipes.

On becoming the first black cable car driver in San Francisco: 'I didn't think that they were all white, I just thought they were women'

Lynne Rossetto Kasper: I thought I had a pretty good handle on most of your accomplishments, but the first black cable car driver in San Francisco? How did this come about?

Maya Angelou: That was so long ago; I was 16. I was ahead, and my mother said I could take off a semester -- maybe I got a job.

I went down to apply for the job. I saw the women riding the streetcars. They had the smart uniforms -- those coin changers attached to their belts and caps -- and they just looked so good. I didn't think that they were all white, I just thought they were women.

I applied and they wouldn't accept me for about 3 weeks. But I persisted and I got the application.

So I did. By the third day just sitting like a bump on a log, I felt such a fool. But I would rather sit there than go home and tell my mother that I gave up.

LRK: San Francisco was also the scene for one of my favorite stories from the book. You call it "Lessons from a Kitchen Stool."

MA: My son was 6 years old. We were between apartments. He and I lived in rooms whenever I could afford it. But when I couldn't, I would go back to my mother's big house.

My mother tells it that my son, Guy, was 6. I had two jobs, so I was out. He asked her, "Please, make a dessert for me." He just persisted.

Finally she asked him, "You are big enough to try to bully me into making a dessert. Why don't you make it?" So he laughed and said, "But I'm only 6 years old." She said, "That's alright, you can make it if you want." She showed him how to make a bread pudding.

When I came home, he was so excited. But he had said he wouldn't tell me that he did it. So when I came in the house, he said, "Hi, mommy, you want to eat?"

When we did sit down to eat, he said, "Do you like it? Do you like it?" Of course it was just the dinner. He said, "Are you ready for the dessert?" He was about to pop, the poor baby.

Finally my mother brought it out. It was a beautiful bread pudding, toasty, soft-looking and all that. She put it in front of herself to serve it. He said, "I made it -- my mother, I made it for her. Let my mother serve it."

Her wish for future generations: 'That they would sit down together and eat'

LRK: Do you have grandchildren?

MA: I have one grandson, and I have two great-grands.

LRK: What do you want them to learn to cook?

MA: I want them to learn to respect food and to like it -- not to love it. Because if they love it, they might overeat and indulge.

That's what I really wish, is that they would sit down together and eat. To sit and look across the table at a son or daughter or mother or father, whomever, and say, "How have you been? Well I hope you have a good day. What happened yesterday?"

This is what I wish. I think we have lost something so important that it is making us brutish.

LRK: It's a perfect thought to leave us with.