'Gimme a Pig Foot and a Bottle of Beer': Food and music on the chitlin' circuit

by Jennifer Russell
Listen: 'Gimme a Pig Foot and a Bottle of Beer': Food and music on the chitlin' circuit
08:14 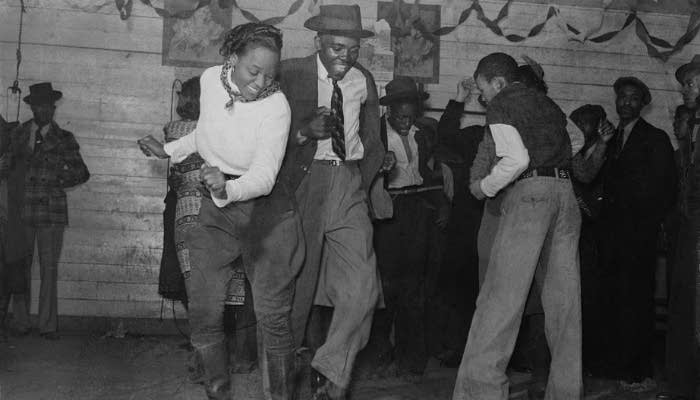 During the era of racial segregation in the U.S., some of the most noted jazz and blues artists performed on the chitlin' circuit, a series of venues where it was safe for them to perform, or at even smaller juke joints in the woods. There they belted out tunes such as "Gimme a Pig Foot and a Bottle of Beer" and "All That Meat and No Potatoes" over noisy crowds.

On the chitlin' circuit, people "made the best they could out of the opportunities they had, whether it'd be spaces to play their music, places to eat food or places to perform when nobody else would have them," says Frederick Douglass Opie, professor of history and foodways at Babson College. "It's this whole idea of surviving with dignity amidst a very precarious situation."

The author of Hog and Hominy: Soul Food from Africa to America explains the connection between Southern food and music on the chitlin' circuit.

Jennifer Russell: What's the connection between Southern food and the jazz and blues culture?

Frederick Douglass Opie: The connection is an old one. I first came across it as I was working on a book on the anthropologist Zora Neale Hurston. She did a lot of her field work during the era of the Great Depression in the deep South among turpentine camp workers, tropical citrus fruit planters and farmers, people working on plantations.

One of the things that you find when you read her work is she talks about the importance of juke joints. A lot of these workers on their payday, which was typically on a Saturday, would spend time at the juke joint. These were shacks where you saw blues music, as well as what we call traditional soul food. Most of these things were eaten low on the hog -- pigs' feet and chitlins -- also chicken and some fish. You would see these two things married together as a way of attracting customers into juke joints.

Some of the most noted blues artists were on the chitlin' circuit, which were small mom-and-pop venues that before the end of Jim Crow segregation were places where these guys would perform. But if they couldn’t get gigs on that, they could always find a juke joint back in the woods, some place where they could make some money and definitely get a full belly.

It's true that you see the term "soul" is so much related to the chitlin' circuit and people who made the best they could out of the opportunities they had, whether it'd be spaces to play their music, places to eat food or places to perform when nobody else would have them. It's this whole idea of surviving with dignity amidst a very precarious situation.

JR: Who are the artists that you associate strongly with the food and music connection -- the ones who really got their start in these juke joints?

FDO: I think the matriarch among the blues artists would have to be Bessie Smith. She was just a tough woman who not only could belt out the blues, but she could belt you out if you got out of line with her.

When I listen to her music, I can see this woman in a juke joint or on the stage of the Apollo just letting it rip. She was a big woman, she could belt it out.

When these people first learned how to perform, they did it in juke joints where there was no sound system. You had people making all kinds of ruckus. The idea of just being able to let it go and get your song out above the crowd was just one of those things that comes to my mind as I listen to her music.

Bessie Smith hails from Tennessee, but Fats Waller grew up in Harlem -- most of his career was right there in Harlem. People sometimes say rap music today is talking about all kinds of crazy things that are x-rated. Fats Waller was doing that long before people were talking about rap music. A lot of his lyrics are around food.

I like one of his songs, "All That Meat and No Potatoes." You can just imagine and read between the lines of what he's talking about -- this is his escapade with a woman. It's a 1941 song.

Fats Waller was known for being a guy who was a comic genius, a great piano player and a guy who loved food -- Fats at one time was something like 300 pounds. When he played, he'd have a jug of whiskey that would sit right by him -- like one of those plastic, gallon-sized milk containers, but full of whiskey. He'd be playing all night.

After he was playing all night, there's a story that when he was in Chicago, the gangsters grabbed him. He went out to Al Capone’s place, and when he showed up, they just had nothing but fried chicken and biscuits ready and his signature gallon of whiskey.

JR: What about the food connection in these venues?

FDO: One of the things that I found in the state of New York, you couldn't get a liquor license unless you had a way to sell food -- you had to have some food and a menu. I don't know if that was the case in most states, but I suspect it was. So food and music were always linked together because of that.

Also, the type of the food that was typically sold were salty types of dishes: pigs' feet or trotters as people called them, chitlin, collard greens. When you're consuming that, one of the things that you want to do is you want to purchase liquor. It's a way for the club owner to make money.

JR: Can you give me a couple of examples? Are there any places that still exist?

FDO: The two that come to my mind are the Red Rooster in Harlem and Tillie’s in Harlem.

Red Rooster was one of these places that opened up right around an area that was called Jazz Alley in Harlem. This is one of those places that would attract both African-Americans and upwardly-mobile whites who would come uptown in the 1920s, '30s and '40s. That was a place that you went to hear the music at a club, and then afterward, sometimes at 1, 2 or 3 in the morning, you got hungry and you would go to Red Rooster.

Gentrification has hit Harlem since Bill Clinton opened his office there. Marcus Samuelsson, the noted chef, has actually done a facelift and bought the property rights to the Red Rooster. That's the name of his new restaurant. It's a great place if you are ever up in Harlem.

Then there's Tillie’s Chicken Shack. Tillie is a woman, who like many, ended up in Harlem. Harlem is what I would call a Caribbean and Southern diaspora. She grew up in Tampa, Fla. At age 16 she left on her own, went to Philadelphia first, and then ended up in Harlem.

She started selling chicken really from a cart. She had a cart set up in front of a speakeasy during Prohibition. She saved enough from the sale of biscuits and chicken to buy a brick-and-mortar space that became Tillie’s Chicken Shack. You see it in a lot of artwork, but it's no longer in existence. It certainly had its heyday and it was well known among both the performers of jazz and the jazz aficionados.

Jennifer Russell is a founding producer at The Splendid Table. Before coming to radio, she made historical and arts and cultural programming for public television. She claims to have come out of the womb a food lover -- when other girls played house, she played restaurateur. Follow her comings and goings on Twitter: @jenejentweets.
Lentil Soup with Bacon and Cilantro
Longevity Noodles with Ginger Chicken and Mushrooms
Basque Cheesecake
Miso-Roasted Cauliflower  with Chickpea, Carrot  and Noodle Salad