After becoming a virtual cow, will you feel more empathy (and change what you eat)?

by Lynne Rossetto Kasper
Listen: After becoming a virtual cow, will you feel more empathy (and change what you eat)?
06:35 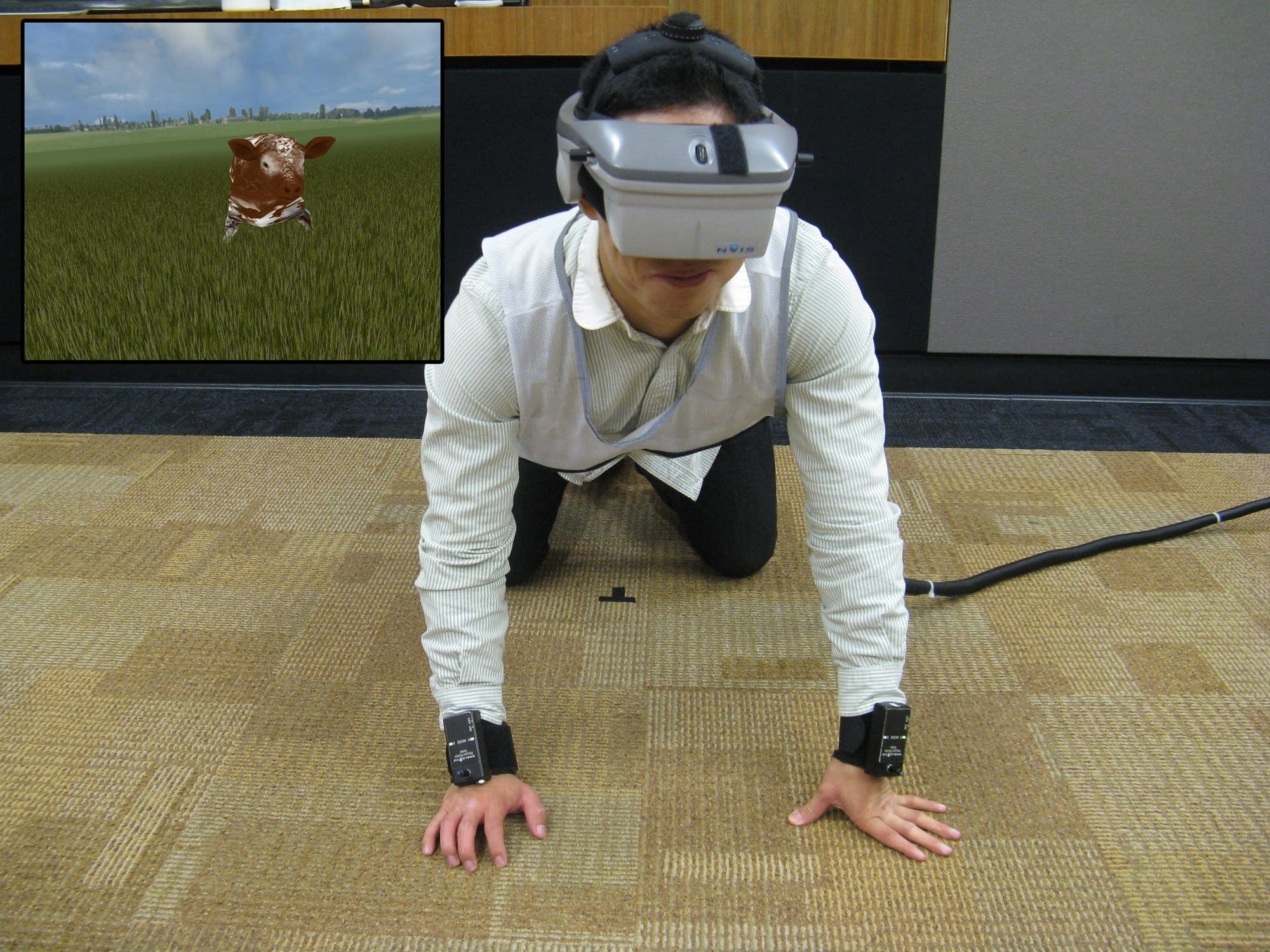 In Stanford University's avatar studies, instead of becoming a blue humanoid with Dr. Spock ears who uses a flying creature for transportation, participants become something that might seem equally alien: a cow.

As virtual cows, study participants pretend to eat hay, drink from a trough and eventually make their way toward a truck bound for the slaughterhouse. Why? Cognitive psychologist and associate professor Jeremy Bailenson, founding director of Stanford's Virtual Human Interaction Lab, is studying whether this experience will make them feel more empathy.

Jeremy Bailenson: This study is about empathy. In my lab, for 10 years we've been experimenting on whether you can make somebody feel more empathy for another if you have them walk a mile in the shoes of their avatar.

The first study we ever ran was back in 2005. We had normal-aged subjects, people who were around 18 or 20, so normal for a college context. We had them occupy avatars of the elderly, people who were clearly in their late 60s and early 70s. The point of this study was to reduce ageism.

It turns out that an 18-year-old has some stereotyped notions about what it's like to be 65. What we demonstrated is by putting college-aged students in an older avatar -- having them look in a virtual mirror and see their face transform into someone who is much, much older, having the older version of them move with them in the mirror so it really felt like this was their identity -- this tool caused them to feel empathy toward their future self.

Consequently, later on when they had an opportunity to interact with someone who was older, they actually became less ageist. The stereotypes that they had toward the elderly were reduced.

LRK: How do you test that?

JB: In the lab we take great pains to measure behaviors that are natural that participants don't know are part of the study.

For example, with the ageism study, there's a standard way to measure these attitudes. You would have them write a paragraph, and we analyzed the way that they used these words. Or they would have to fill in blanks in sentences, and we looked at the automatic associations they have when they look at older faces.

These are standard manners of getting attitudes that are implicit.

LRK: What happened with the cow experiment?

JB: With the cow study I had a student named Joshua Bostick who entered my office. He is a master's student at Stanford University. He said, "Jeremy, I want to do a cow study. I want to have people become cows."

We've done lots of work, for example, with race, with gender and with age where we showed that if you had occupied the avatar of another person, you showed empathy toward them. But no one had ever tried this with another species.

LRK: What did these students experience? I'm walking into your lab, I'm going to be part of this study -- what happens?

JB: You walk into my lab and we show you this room that has cameras all along the ceiling that can track the way that you move. Then you get on your hands and knees.

You then put on a head-mounted display that replaces what your eyes see.

There's an array of speakers that can actually move sounds around the room.

Wearing this head-mounted display, you see yourself as if in a mirror not as a human being, but as a cow avatar.

LRK: What am I going to do as a cow in this experiment?

JB: This experiment lasts between 5 and 10 minutes. You're told what it's like to be a cow that's raised for dairy and for meat, and you participate in some activities.

After about 5 or 10 minutes of walking around the physical room, seeing yourself virtually walking around like a cow and doing things that cows tend to do, you're told that at this point it's time to go to the slaughterhouse. What you hear is a truck backing up. The truck slowly backs up, you hear the beeping as the truck backs up, and you're asked to walk a few feet over toward the truck where it's coming from.

LRK: Do you actually go on the truck?

JB: You do not go on the truck, so we don't actually take you to a slaughterhouse. At that point the experiment ends and we take you out of virtual reality.

LRK: How do people react when that truck comes?

JB: Subjects were fairly affected by this; nobody was traumatized, nobody was depressed, everybody was fine. But the emotions that they had were fairly predictable in terms of empathy.

I have some quotes from people who were in the study: "I truly felt like I was going to the slaughterhouse toward the end, and felt sad that as a cow I was going to die. That last prod felt really sad."

Here's another one: "I thought it was interesting and I did gain a level of empathy for the cow. I was caught off-guard by my body's reaction to the cattle prod. I did not expect to react as if it actually had an electric current."

LRK: Has any of this changed people's eating habits?

JB: In this experiment we actually measured what people ate the day before and the day after the study. We had them keep food diaries, and we're currently analyzing that data.

LRK: All these studies about empathy -- is this something to perhaps place in school environments or in training environments?

JB: In general so much of virtual content is horrible and violent. If you think about the amount of time that children spend playing video games … To put it in perspective, the Kaiser Family Foundation did a study in 2010. Kids on a daily basis spend twice as much time playing video games as they do reading print.

The problem is that content is typically not what you want kids to be. It's certainly not my place to judge what anybody looks at online, but it would be nice to create some content where people can learn to show empathy toward other people and animals as opposed to, say, shoot them. There's nothing wrong, in my opinion, with trying to create content that's designed to have people be more helpful, to show more empathy and to be nicer to other people and animals.