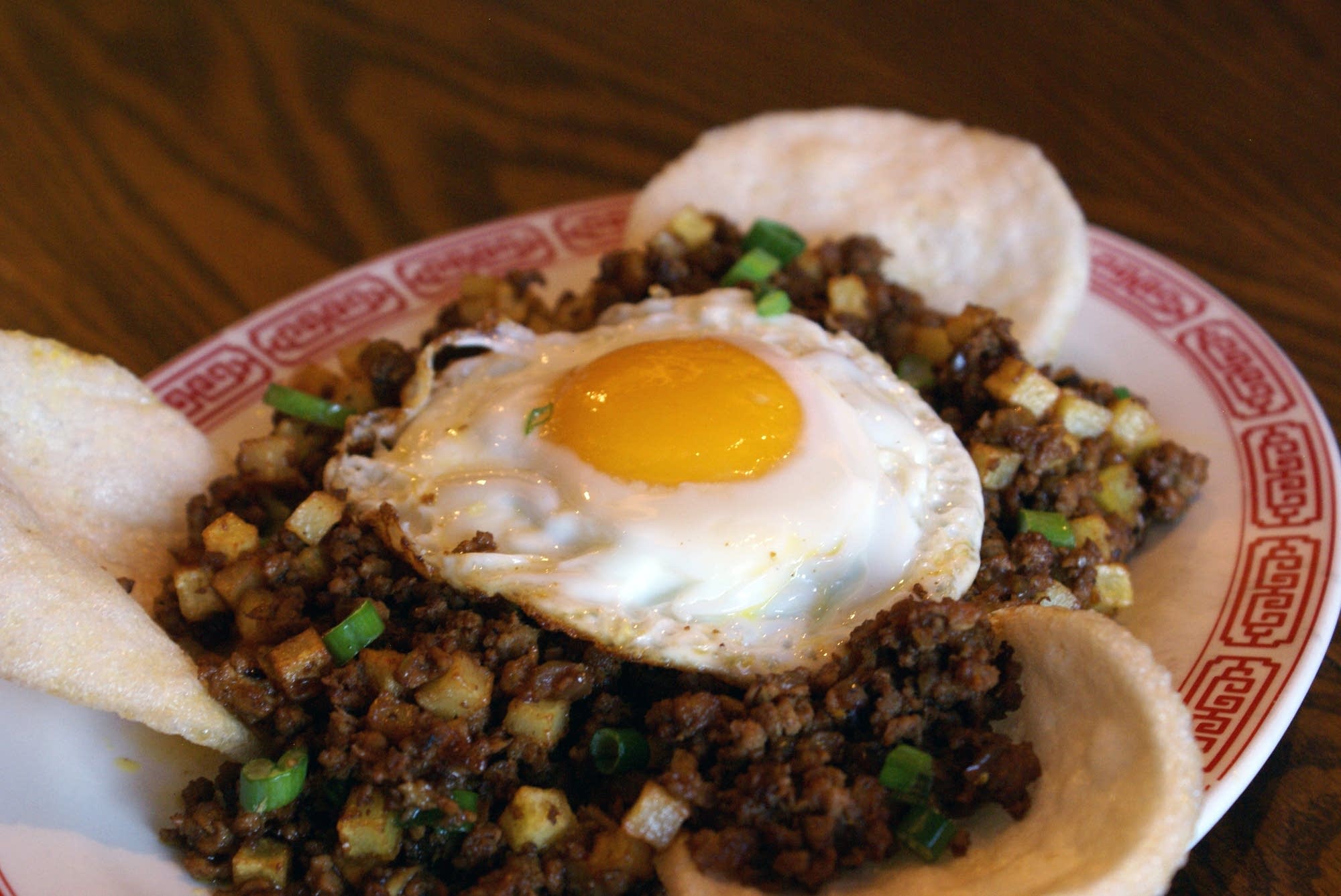 Macanese Minchi is one of the most prized dishes of Macau and has as many variations as there are cooks that make it. Minchi derives its name from the English word "minced" indicating that the dish may have been introduced to Macau by the Anglophone community in Hong Kong, though other histories place its origins in Goa, another Portuguese province. Traditionally minchi is made with beef or pork (or a combination of the two) but it can also be made with chicken, fish, shrimp or vegetables like bitter melon or wood ear mushrooms. The best minchi is supposedly made by chopping the meat by hand using two cleavers (or parangs). The common practice of adding an egg on top may have its roots in Roman Catholicism, with the bright yellow yolk and egg white representing the color contrast of the Holy See coat of arms.

*Minchi is best when it has been evenly minced by hand. That said, home cooks can easily substitute ground beef and/or pork.

Heat olive oil in a wok or skillet. Toss in bay leaves and allow to brown slightly. Toss in onions, stirring frequently until lightly browned (about 5 minutes). Add shallots and garlic stirring together followed by spices. Once ingredients are well-mixed add beef and pork stirring and turning constantly to prevent it from sticking to the bottom of the pan. When meat is cooked through add sugar and salt, stirring to combine, followed by dark soy, light soy and Worcester sauce, toss to meld. Remove meat and spice mixture from pan and set aside. Add peanut oil to pan and fry diced potatoes until golden brown. Remove with slotted spoon and drain off most of oil. Add egg(s) to pan and fry until white is set but yolk remains runny. Toss together meat and potatoes and put in serving dish. Arrange eggs on top and serve immediately.