Meet the cross-country collective that is The Kitchn

by Lynne Rossetto Kasper
Listen: Meet the cross-country collective that is The Kitchn
06:41 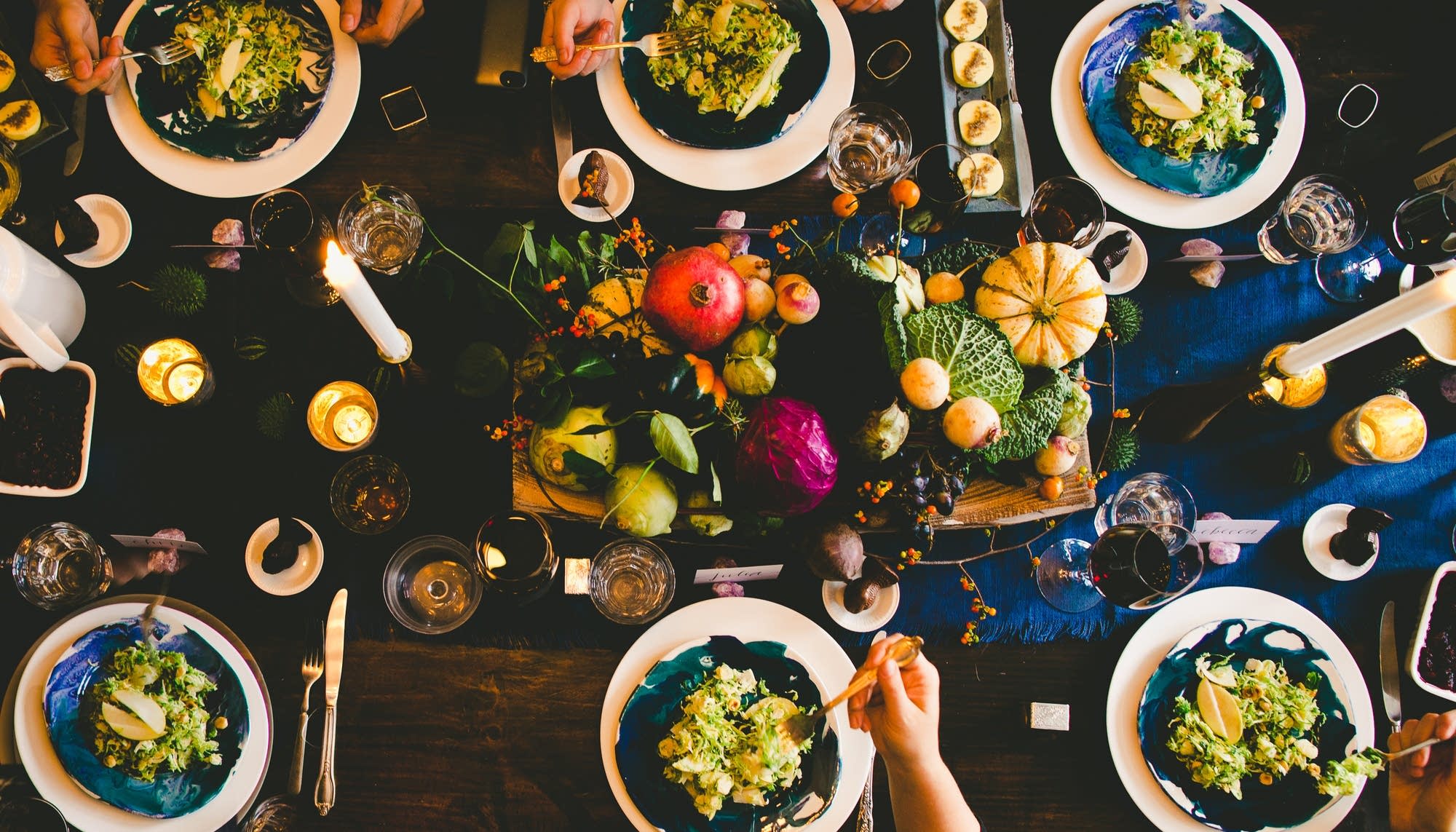 Every Thanksgiving doesn't have to include a feast for 45 that takes weeks to prepare. Instead, try a meal that is a little smaller, a little swankier and a lot less prep. That's the inspiration behind The Kitchn's A Small & Swanky Thanksgiving Dinner Menu: "A simple meal, a swanky table, and a make-ahead menu will help you embrace this holiday for what it is -- a moment to share good food with friends and family," writes Faith Durand, executive editor of The Kitchn. The Kitchn is a website beloved by home cooks that has tested recipes, a troubleshooting column, new finds and kitchen tours.

Lynne Rossetto Kasper: How many of you are at The Kitchn? You do so much -- you do everything from kitchen tours and all kinds of ideas for design to finds and recipes. Do you have a base camp, a central kitchen?

FD: We don't have a central test kitchen, so we're not really like a magazine in that sense. There are five or six of us who are full-time or part-time on the editorial staff, and we're all over the country. We work with a big pool of freelancers as well. But we're all cooking in our own home kitchens.

LRK: This is really about home food as opposed to restaurant food?

LRK: The recipes have different tones to them. Are there people you like to, as executive editor say, "This is bread and I know so and so … "

FD: Yes -- that would be our recipe editor Emma Christensen, who's our bread expert. She also brews beer and many other things.

Then if we need something that's very classically Southern, I go to our recipe developer Nealey, who's in Atlanta. She's our tailgating, Southern-food and fried-food expert.

Then there's Emily in L.A. who tends to eat almost exclusively vegan and gluten-free, so we have that voice as well.

It's a very diverse team, and that's a lot of the fun of working together.

LRK: You've created for us a Thanksgiving menu. Where did you begin with this? What was the concept behind it?

FD: I think that we often think of Thanksgiving as a giant Norman Rockwell dinner. I grew up going to Cleveland, where my grandmother lived, for Thanksgiving. We'd usually have 40 or 45 people across three tables in two rooms, children and dogs. It was just an absolutely enormous feast, and I really loved that.

But I think that as people get older or they're busier or they’re maybe living in a city and can't go home for Thanksgiving, they want to have something at their own table -- something that they can fit into a small house or a small apartment without too much prep, something smaller, something swankier, because it's going to just be grownups maybe, just a smaller group. That was really what we were thinking for this. It has all the most pleasurable parts of the meal without being just enormous and taking a week to do.

LRK: And it's all make-ahead?

LRK: What is the menu?

FD: The menu starts with a few small bites because nobody wants to fill up before Thanksgiving dinner, but it's nice to have something in people's hands, something delicious. We start with just some shrimp -- you can just buy shrimp at the store and defrost them with a little bit of sauce. Gougères are lovely and crunchy -- they're basically a fancy cheese puff. If you've never made them, you really need to make them because they're wonderful. They can be made ahead; you can make them months ahead and freeze them. You just bake them straight out of the freezer. So easy.

Then for the menu itself we have just a small turkey. Emma has created a really wonderful turkey recipe we use on the site. It's basically set it and forget it. I think you could do so many great things to a turkey, but in the end, all you really need to do is put it in the oven and bake it. That's what we do with this. It's not a big deal.

LRK: The reality is there is so much else on the table. I always think the turkey is a minor event.

FD: I do too. Then we hit all the other big pieces. We have a very classic bread stuffing. I always call it stuffing even though it's not baked in the turkey, so it should be called dressing.

LRK: We're not that technical.

FD: It's just sage and onion stuffing. It's like the classic ones you get out of the box, but all homemade and you can make it the day before.

We have a cranberry sauce. We do golden mashed potatoes with a little bit of rutabaga in them to get them this really beautiful golden color and a little more taste.

We do a Brussels sprouts salad, it has a brown butter dressing on it. It's wonderful, and again you can make it the night before. It actually gets better as it sits in the fridge.

It's a pretty simple menu, it's very do-ahead. It's really great for six to eight people.

LRK: How about dessert?

FD: We go a little more off-script for dessert because I wanted it very make-ahead. Instead of pie we're doing a pumpkin maple crème brûlée. This is a no-bake crème brûlée. It's just a quick pudding you can make several days ahead and then you just brûlée it at the end of dinner.

Then we serve that also with a very dark, damp gingerbread cake, which I love, and a quince sorbet. Quince is a fruit I feel like doesn't get enough love around this time of year -- we really adore it at The Kitchn. Again, you can make it weeks ahead if you prefer.