Defined sugar: The blurry line between food and candy 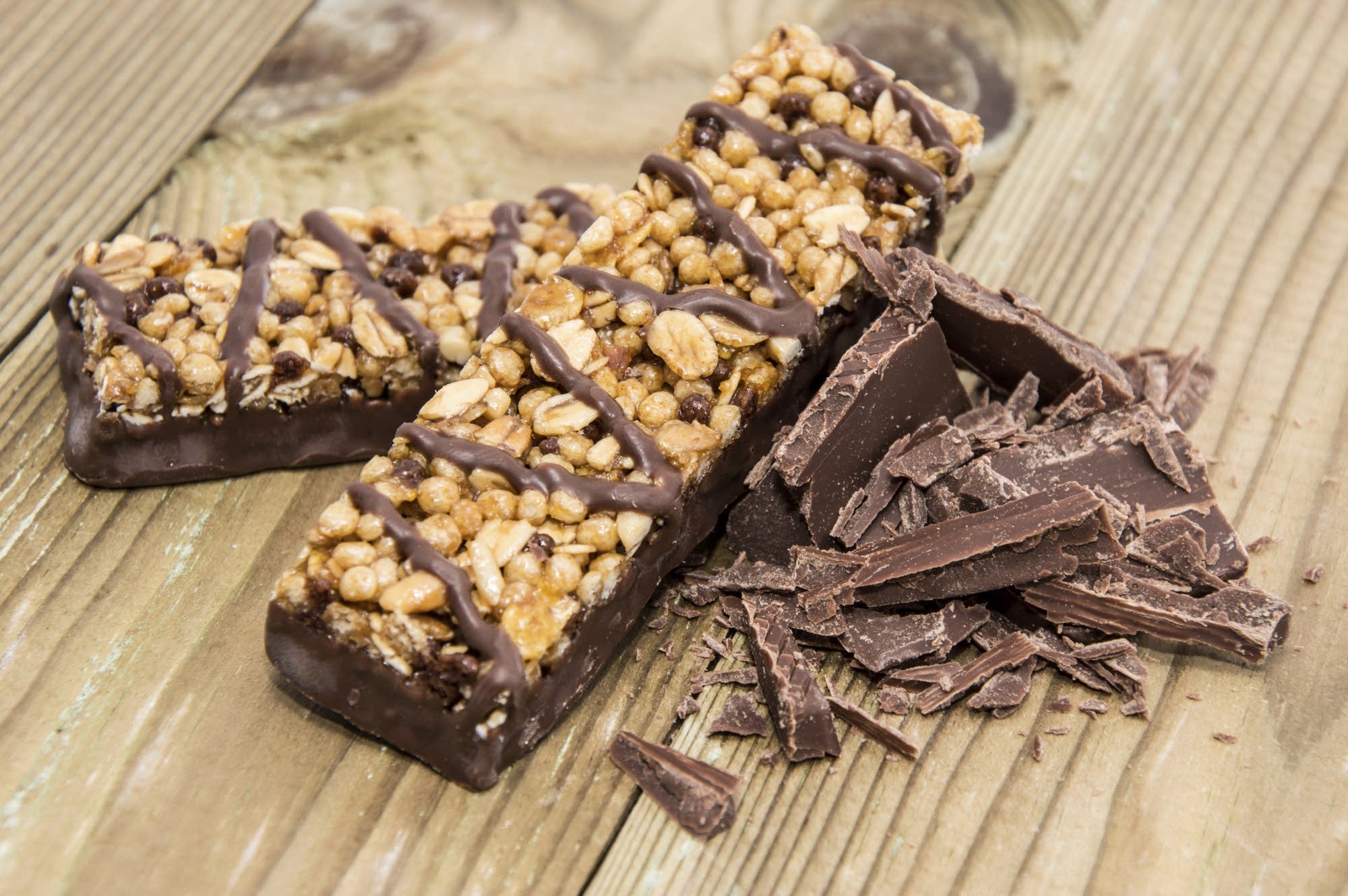 What's the difference between a Snickers bar and a Fiber One chocolate bar? One we see as candy; the other we see as food. Candy is often demonized, although it only supplies a small percentage of the added sugar that ends up in our diets. The fiber bar could have as much sugar, fat and as many chemicals as a candy bar, but we judge these two differently. Rutgers University professor emerita Samira Kawash, author of Candy: A Century of Panic and Pleasure, explains.

Lynne Rossetto Kasper: You have the word "panic" in your book title. What are you talking about?

Samira Kawash: I think the panic first occurred to me as a new mother. My daughter at that time was about 3 years old, and me and all of my mommy friends were beginning to realize that our kids knew about candy. We needed to decide if we were going to let them eat it.

My daughter ate some jelly beans, she really liked them and she wanted to share them with her friend. I took them over to her friend's house. We offered them, and I said to the mother, "Is it OK if your little boy has these jelly beans?" She said, "Well, I suppose it couldn't harm him." I said, "Harm?" Then the father chimed in and said, "So you're going to be giving him crack soon, I guess."

I was like, "Wow, crack? It's just jelly beans. Really?" I thought about it. Even though it was an extreme reaction, and I felt really uncomfortable about the fact that I had brought these jelly beans into the room. It wasn't the first time I had heard something like that. Especially around young children, there was something really harmful and dangerous about candy.

These same mommies who were very worried about their children's access to candy were handing out the juice boxes with no problem at all. I'm looking at my five jelly beans -- that's a little sugar. I'm looking at the juice box -- that's a little sugar. Really, it's not that different. Why is it that those brightly colored, shiny jelly beans seem to speak of something much more complicated and much more potentially dangerous than the same sugar and the same substances that are in a different kind of form that might be related to apples?

LRK: The first thing that comes to mind is candy was never meant to be any kind of nutritional element. The juice box, you could say there are vitamins in there.

SK: Candy has its own story. Where does candy come from? How does it become something that means these complicated things to us today? I'm a researcher, so I started doing some research.

One of the first things I did was I ran to the dictionary and looked up "candy" and "confection" in particular. Confectioner -- we call a candymaker a confectioner -- also means someone who makes medicines and poisons. It was fascinating to think about that connection between medicine and candy. It's the apothecaries in the pre-modern period who have the secrets of candy making. Most of the first candies were medicinal preparations.

I started researching the emergence of candy from these ancient apothecaries into our own time. I discovered that, not coincidentally, the very first candy machine invented in America was invented by someone working in a pharmacy. He needed to figure out how to make his lozenges more uniform in shape and how to make them more quickly. He invented the first candy-making machine in America, which unleashed what I call the Candy Big Bang, the revolution in machine-made candies.

LRK: When would this have been?

SK: This was in 1847, the first candy machine. Then the Civil War came along and Americans were pretty distracted and not thinking too much about candy and machines for a little while.

But after the Civil War, all sorts of new kinds of industrial technology come into being and transform just about everything. What had formerly been a very expensive and very rare treat was suddenly possible to make in massive quantities. By the 1880s, candy is available all the time everywhere to most Americans living in any reasonably sized city or town.

LRK: There was a period after that where candy actually became evil. It was like the temperance movement against candy.

SK: There were two different strands of thinking about what was dangerous about candy in the late 19th century. One of them came out of a dietary moralism that had been developing throughout the century. It was an idea that certain kinds of foods were good and godly, and other kinds of foods were over-stimulating and dangerous to the organism, they were evil because they took your body and your health further away from God.

Those ideas weren't about candy specifically, but when candy became more widely available, they attached to candy very easily. Candy was made of sugar, and sugar was one of those dangerous, over-stimulating substances that might drive you to different kinds of frenzies of vice and sinfulness.

At the same time, there was the growing worry about whether manufactured foods were safe or harmful, and the concern that manufactured foods were adulterated with more or less dangerous kinds of things. This meant fillers that were harmless, or perhaps more dangerously, poisons and toxins that could harm people. Candy was so completely artificial, it was these wild colors and unusual shapes and forms that were never found in nature. It was easy to look at candy and say, "Hey, that looks like some kind of food that might be very, very dangerous."

"Sugar was one of those dangerous, over-stimulating substances that might drive you to different kinds of frenzies of vice and sinfulness."
-Samira Kawash

LRK: Your premise in the book is that small amounts of candy are a very small percentage of the added sugar that we put in our diets. We see candy and food as two completely different things, but if you really analyze the two, they're not so different.

SK: There is a notion that there is a line with food on one side and candy on the other, and we should eat food and we shouldn't really eat too much candy. Except when you look at the food -- well, at least I wonder.

I just saw an ad on TV for a product of some kind of Fiber One caramel bar or something like that, and the picture looks like a candy bar. It's chocolate and oozing caramel and nuts and all kinds of yummy, delicious candy things. Then the tagline is something like, "You don't have to worry; it's not a candy bar." I think the urge is to have food that looks, tastes and has all the pleasures of candy, but somehow is still going to be qualified as food because it has some amount of fiber or because it has added vitamins.

I think that merging of processed food and manufactured food and different forms of candy seems to lay the groundwork for some very confused ideas about eating. What I would like to practice in my life, and what I'd like to teach my daughter, is to let candy be candy. To look at candy and say, "That's candy. That's a treat. But you know what? That granola bar is also candy, and that fruit snack is also candy. So when you're thinking about having candy, have some candy. When you want to have food, have food. Have the real fruit, not the fruit snack."