Andrew Zimmern: 'Fat is not an evil word'

by Michael Ruhlman
Listen: Andrew Zimmern: 'Fat is not an evil word'
07:58 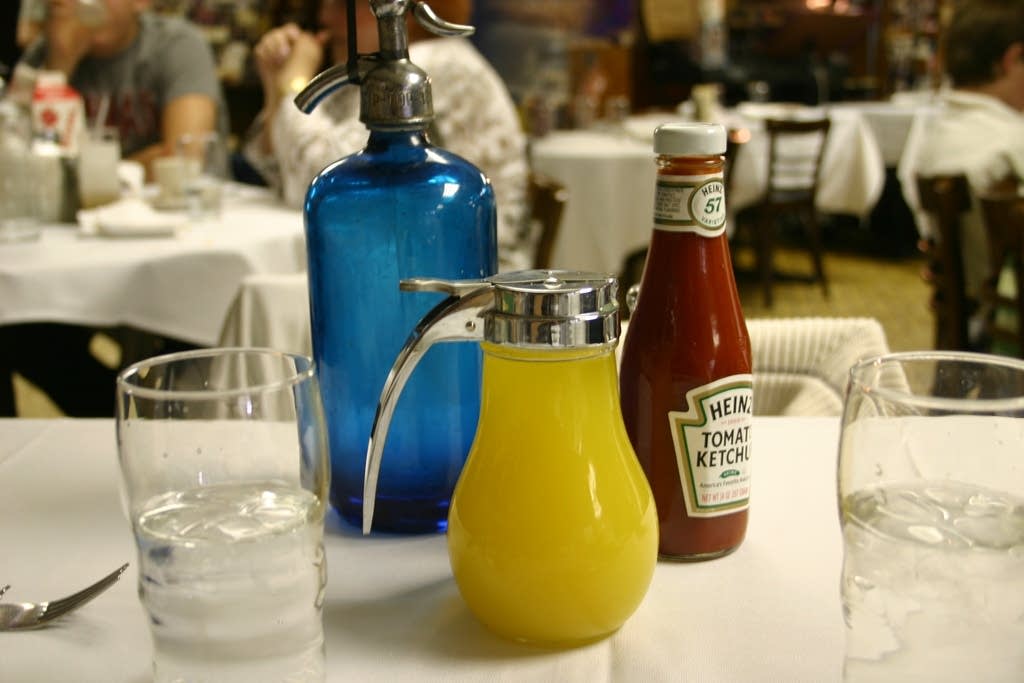 Chef Andrew Zimmern of the Travel Channel's Bizarre Foods America has traveled the country -- and the world -- exploring food. What do his grandmother's schmaltz and grilled porcupine fat from the Bushmen of the Kalahari in Botswana have in common? Fat, an ingredient Zimmern says is "vastly overlooked."

Michael Ruhlman: I want to talk to you about schmaltz -- my love. [Ed. note: Ruhlman is the author of The Book of Schmaltz. Read this excerpt: How to make schmaltz.]

You come from a Jewish background. Did you have any experience with schmaltz when you were growing up?

Andrew Zimmern: I did. So few non-Jews really get it. My parents divorced when I was 6 years old, and my grandmother was a force of nature. She had a teeny-tiny, New York City, pre-war apartment that was smaller than the table that I'm sitting at. The only place to put a 6-, 7-, 8-year-old boy who was wild and crazy like I was, and keep an eye on him while she was cooking, was to put me on a little chair at the end of her kitchen by the open window. I would reach and pass her things, and she would cook.

I'd usually do a sleepover twice a month with my grandmother on a Saturday night. I would go over there, sleep over, and then on Sunday morning we'd get up and she'd cook all day. My father, his brother and all my cousins would fill up the house at 2 in the afternoon, then I'd go home with my dad.

My grandmother kept three or four different types of fat in the house at all times, the most cooked-with version being chicken fat. Her schmaltz, she did it old-school style with the onions making gribenes. This woman was, in a way, an impossible human being.

She was good at really only two things: one was canasta, the other one was cooking. She had the gift. People would taste her food whether it was her pickled tongue, her chopped chicken liver, her matzo ball soup, her roast chickens. Her recipes are the ones that I still cook today.


I learned how to cook essentially hanging on to her apron strings. When I think of her, I smell chicken fat in her apron because she would always wipe her hands. She was about 6'1", 6'2", a very big woman. When I was little, my face was right in the place in her apron where there were big, brown, splotchy, greasy leftovers of chicken fat. To this day I can't smell real schmaltz cooking without thinking of my grandmother.

MR: Did you leave schmaltz, then, as you grew up? As America became fat-phobic and anything fat was bad, did you abandon schmaltz?

AZ: Everyone was running around wanting to do cuisine minceur, cuisine vapeur. Everyone was trying to go light, go Mediterranean, almost obsessively eschewing anything that smacked of comfort food. One of the great things about getting older is perspective -- talking to young cooks, culinarians and writers and reminding them that our obsession with comfort food is something that is relatively new.

I remember telling my friends, "Where'd you go last night for dinner?" "Oh, I went to Sammy's Roumanian in New York." It's a classic New York hangout where a big tub of schmaltz comes onto your table along with the ingredients to make an egg cream, if you so desire -- sort of the place that never stopped lionizing schmaltz. People would look at me like I was crazy, like, "Why would you go there? Why weren't you going to Arizona 206?" Or JoJo had just opened. I was like, "I like that, but I still have to go to Sammy's Roumanian. I can't stop." It was a once-a-week thing for me.

MR: What place do schmaltz, unusual cooking fats and unusual ingredients have now?

AZ: People are cooking in a healthier, smarter way at home. I think sadly in America at the same time eating well has become a class privilege. But the immediacy of food magazines and food television touches more people and therefore exposes more people to a greater number of ideas.

Ten years ago, I never had people talk to me about animal hearts or animal kidneys. It was rarefied air. Now I get 20 emails a day saying, "My local butcher shop doesn't carry this product, where do I get it?" I see pictures tagging me on Instagram. I see recipes in Food & Wine magazine for offal.

I think that cooking with fats and cooking with a lust for these traditional foods has helped propel foods like schmaltz back into the public consciousness. You have to remember chicken fat is a key ingredient in the hottest food in America right now, which is ramen. It has a liquid seasoning and a tare that includes chicken fat.

The Inuit tribes and other arctic tribes that I've spent time with use three or four different types of animal fat in their cooking. They will actually drink an ounce of it at a time to superheat their bodies during the cold-weather months. Our bodies need fat; that's where we get energy from. Fat is not an evil word, fat is good.

My favorite meal in the whole world is porcupine fat grilled over an open fire, which I got a chance to eat with the Bushmen of the Kalahari.

AZ: If there were one meal I could share with you, it would be porcupine fat. I'm not kidding.

These are giant animals, they're 60-70 pounds. These very, very small tribal peoples in a tiny corner of Botswana will actually crawl through the holes where the porcupine live, spear them, drag them out by their tails and carry them back to where the boma is, the little cluster of huts where the family members live. The women will take all the quills off and use them for jewelry, for tools, for knitting and for a guide -- they use them as a guide to make string because they're hollow.

There is no hair on a porcupine. Those quills are the hair, and it gets cold in the desert at night. It has an inch-thick layer of fat. It's almost like pork belly all around its body with a thin striation of muscle, because you need muscle to move those quills. They take the entire thing off like a fatty porcupine-shaped blanket. They just skin the whole thing right off.

They boil the meat for three days and make a soup until it's all falling apart. Then they take the bones and use the bones for tools and stuff. But they take the fat, they throw the fat over a beaten-down coal fire, pile more coals on top, and blacken it, char it crisp, for about 20 minutes. The inside just gets soft and warm. They take it out, they cut it into squares and they hand you your square.

I sat there with this in my hand and I thought, "I will never be able to eat this" because the whole process had stunned me. Then I took one bite and I couldn't stop. It was the most delicious thing that I'd ever eaten. It's actually the food that I think about the most.

It's moments like being in my grandmother’s kitchen or eating porcupine fat with the Bushmen of the Kalahari that I can't possibly ever have again and it kills me. Fat is used all over the world. It's an incredible, incredible vehicle for creating other flavors and bringing other flavors into the pan. I think it's vastly overlooked.

MR: Thank you for connecting grilled porcupine fat in Botswana with your grandmother’s schmaltz on the Upper West Side of Manhattan.

AZ: It's the same thing. 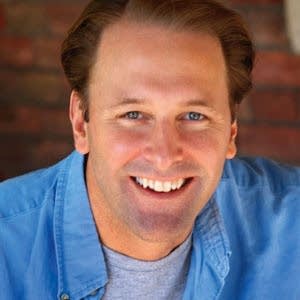 Michael Ruhlman is an author, writer and food blogger. His books include Ruhlman's Twenty, Ratio: The Simple Codes Behind the Craft of Everyday Cooking, The Elements of Cooking: Translating the Chef's Craft for Every Kitchen and The Making of a Chef: Mastering Heat at the Culinary Institute of America, as well as several cookbook collaborations and non-fiction books.