Duo brings great Southern flavors back from near extinction 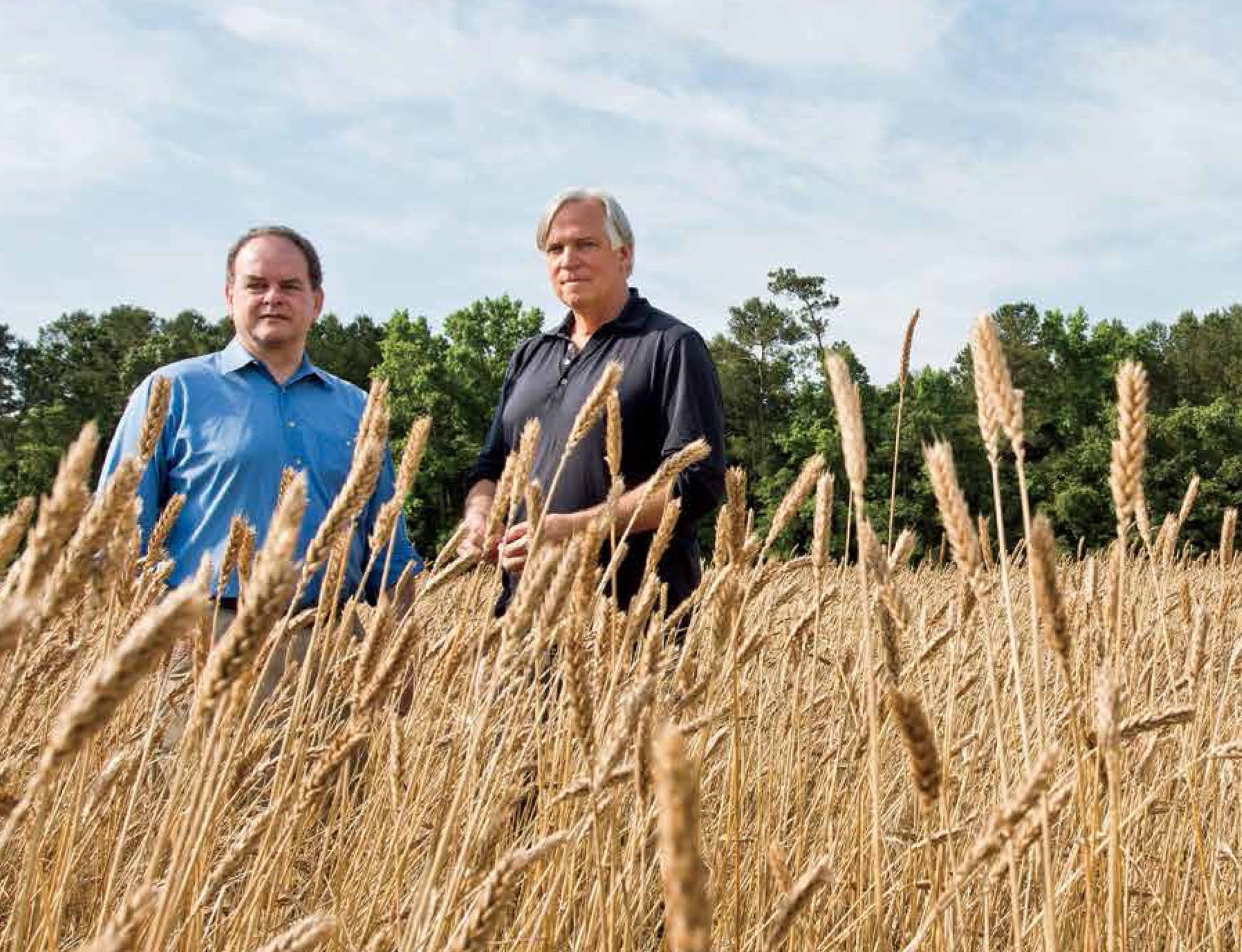 Southern food is center stage right now. There is a group of young chefs who are digging into old tastes and the nearly-extinct plants that made them possible. We hear about the cooks, but we rarely hear about the two men who stand behind those cooks.

Glenn Roberts, founder of Anson Mills, and David Shields, the McClintock professor of Southern letters at the University of South Carolina, hunt those supposedly-lost melons, rices and beans. They plant them to save their flavors, their genes and their traditions.

Lynne Rossetto Kasper: What are you two doing?

David Shields: We are trying to bring back into the fields of the U.S. the greatest plants that were available in terms of classic American cuisine, and particularly in terms of Southern cuisine.

LRK: Are these basically almost extinct? I've heard that there are things that you just can't bring back because they no longer exist.

DS: That's true. There are quite a number of things, particularly in terms of strawberries and fruits, that have been lost forever. But a surprising number of things have survived. If something is truly good, someone somewhere who's a true believer will keep it going in their family garden for generations.

LRK: What kinds of things are you working with? What have you discovered so far?

Glenn Roberts: You have to think about prowling around in the countryside the way I do it, finding things that used to be on the table that have gone feral and bringing them back. This is true with sea island red peas, the cowpeas of our area, where you go poking around the woods and they're still out there, wild occasionally. You bring them back and redomesticate them.

GR: Massive amounts of deep, rich, meaty flavors with lots of minerality. Some of them have the moniker iron peas for that very reason. They draw you in. It's the classic Southern red gravy pea.

LRK: What are some of the other foods that you've brought back already?

DS: We have discovered within the last year the ancestral peanut of the South, the Carolina African runner peanut, which was thought to have been extinct in the 1950s. This was the first one brought by the slaves from West Africa in the 17th century. It was maintained in the freezer of a peanut breeder from North Carolina State University, collected sometime in the 1920s or '30s.

LRK: You found it in an old freezer?

DS: I didn't actually go into the freezer myself. Over a phone call, I asked if he had this thing there. He checked his card catalog and said, "Well, I have a Carolina No. 4 and a Carolina No. 8." I nearly dropped out of my chair when he said that. We'd been looking for 5 years for this.

LRK: Are these plants perhaps going to be plants that are going to be side-by-side with commercially grown produce?

The Bradford melon that David has been working on for 2 1/2 years with the Bradford family, they made their melons while our governor was declaring a disaster for South Carolina agriculture. Those melons were tolerant of all this rain, where most of the melons exploded in the field elsewhere.

LRK: It seems between the locavore movement, the concerns over biodiversity and the fact that there are so many Southern chefs who have become hot, everything has come together -- the perfect storm.

DS: I think there's a great sympathy. One of the things that we really look forward to is when the home cook embraces what they've tasted out in the restaurant and starts looking for these ingredients. I think a lot of people want to participate. There is something about growing food yourself, knowing that it is the right seed, that the soil has been treated well, that it isn't just a supplementation of chemicals on it but the actual taste of the place that you're putting into your mouth. That's really important.