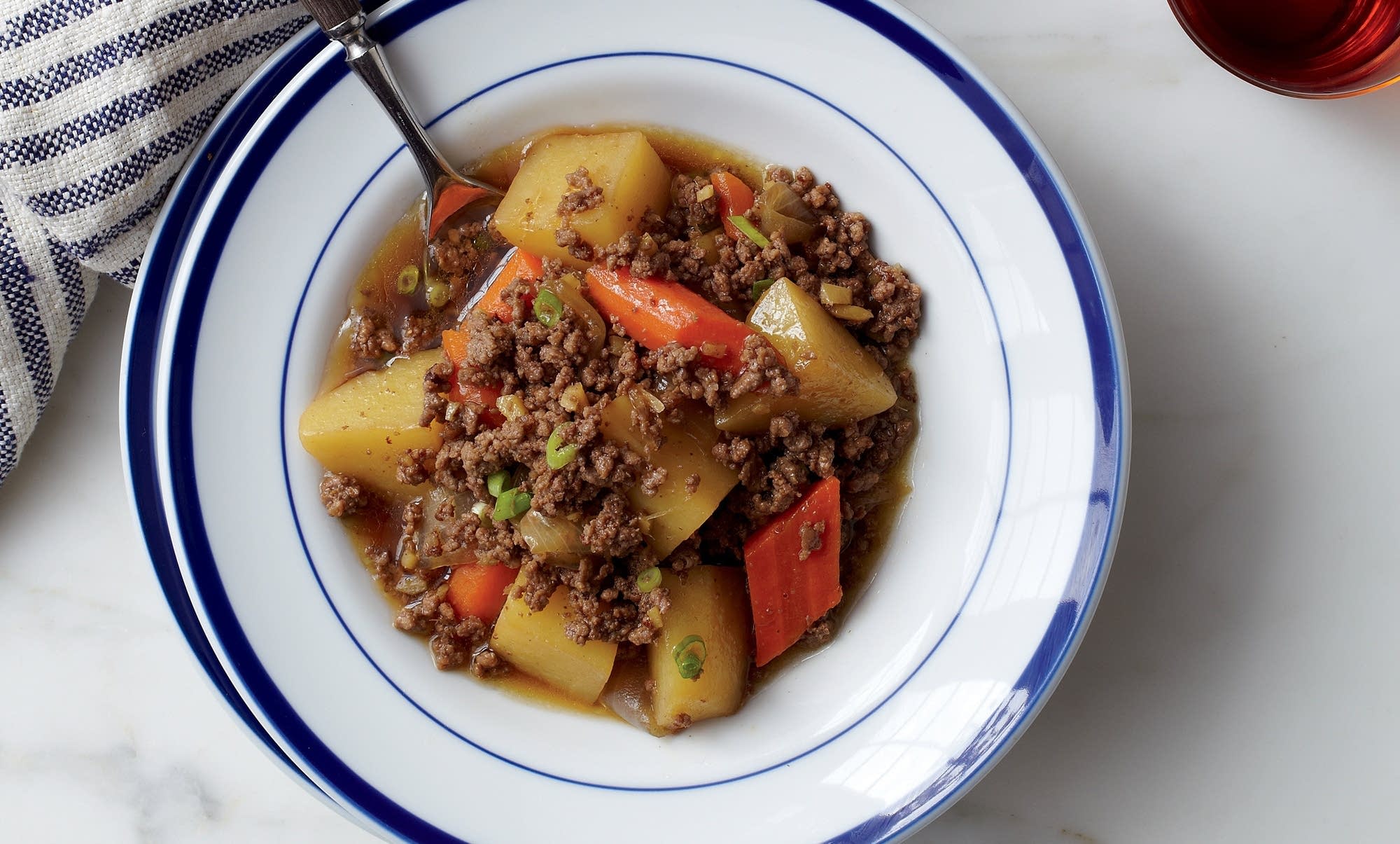 This recipe is based on a popular Japanese stewed dish called nikujaga (niku means "meat;" jaga means "potato"), which Kathy's mom often made when she was growing up. It's home cooking at its best, the kind of food you want to eat when you're tired or in a funk or under the weather.

Unlike in America, stewed dishes in Japan tend to be very light and contain only a small amount of liquid, which is more of a flavorful broth than a "sauce." Like most stews, though, it reheats wells and tastes even better when the flavors have had time to meld, so don't hesitate to make it in advance or to double the recipe to ensure leftovers. This is also a good dish for nights when people will be eating dinner at different times; just leave it on the back of the stove and spoon it out when needed. Serve with steamed rice, if you like.

2. Add the wine and briskly simmer, scraping up any caramelized bits from the bottom of the pan, until almost evaporated. Add the potatoes, brown sugar, broth, water, and soy sauce and stir to combine. (The liquid won't quite cover the solids.) Bring to a boil, then reduce the heat and simmer, partially covered and stirring occasionally, until the potatoes and carrots are tender, about 30 minutes. Check the seasonings, adding salt if needed. Serve hot or warm, sprinkled with scallions, if you like.

TIP: Ground beef that is 85 percent lean is preferable here. You can also use thinly sliced beef instead. Well-marbled cuts, such as rib eye, work best. Ground or thinly sliced pork is also an option.

Reprinted from Keepers: Two Home Cooks Share Their Tried-and-True Weeknight Recipes and the Secrets to Happiness in the Kitchen, by Kathy Brennan and Caroline Campion. 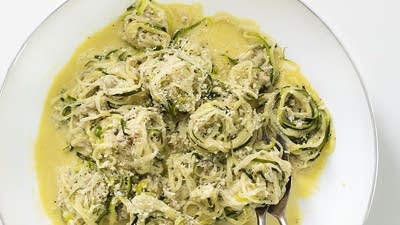