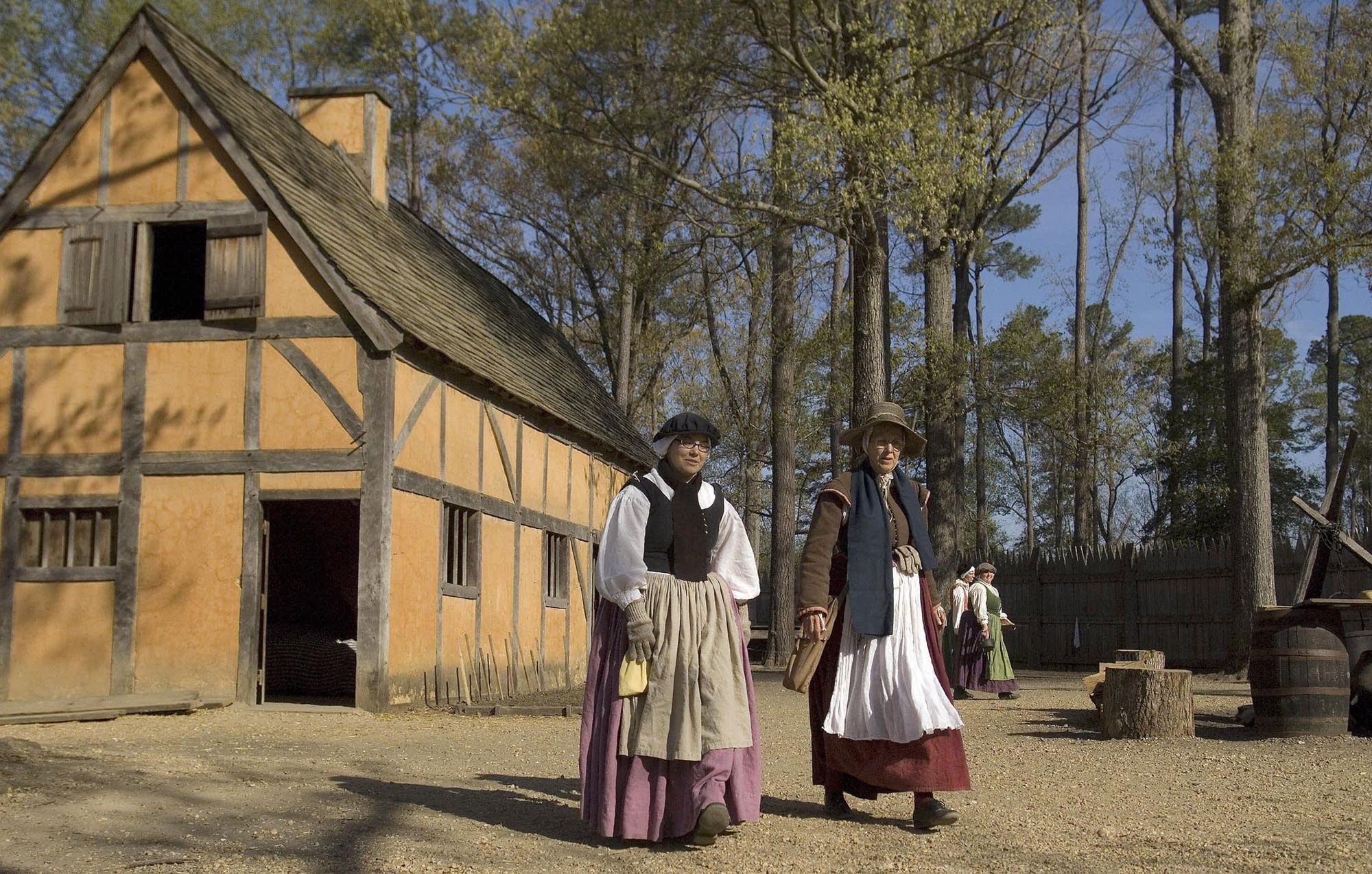 Women have cooked since day one, and not only in the home. They were and are farmers, chefs, artisans and entrepreneurs. This idea is the driving force behind the 16th Southern Foodways Symposium: women at work.

Marcie Cohen Ferris, associate professor in the Department of American Studies at the University of North Carolina in Chapel Hill, will be presenting "Women Have Long Ruled the Southern Roost" at the October symposium. The author of Matzoh Ball Gumbo: Culinary Tales of the Jewish South and the forthcoming book The Edible South: Food and History in an American Region, shares epic moments in Southern food from a women's history perspective.

John T. Edge: Those of us who study the South contend a lot with stereotypes. One is that the South is not ethnically or racially diverse. Another is that Southern food culture has been driven by men, not women.

Marcie Cohen Ferris: I think food is so amazing because it's such a powerful voice. But it really brings to voice the once-silenced voices. I think of the women who all through time in Southern history, their hands and minds have really deeply shaped Southern cuisine.

The very early South is really the period of southeastern Indian women from many different tribes. But generally we can say they were really the first intensive farmers. I think of one woman in particular, the first woman who's considered the ancestral mother of the Cherokee: Selu. She is thought, in Cherokee mythology, to give birth to corn. She gives corn to her people. It's because of that gendered gift that agriculture rests with Indian women. They became responsible for agriculture ever since and still have a really important role in that culture today.

JTE: You mentioned the idea that the Jamestown, Va., settlement might play a role in this -- I think you mentioned to me a while back something about a recent archaeological dig?

MF: Women are critical in Jamestown. The presence of women there tells us that something very different is going to happen in that colony. This is not going to be a quick get in and get out, but their presence really indicates this hope for a permanent settlement.

At first it's not so good, it looks really bleak in Jamestown. In 1609 I know that you've heard of what's described as the starving time. There was this amazing archaeological discovery last summer by Bill Kelso where they found in Jamestown in an early garbage pit the remains of a 14-year-old English girl who they named Jane. She tells us a lot about this very difficult time. Marks on her skull and skeleton confirm that her flesh and brain were removed and eaten by starving colonists. They resorted to eating whatever they could in this harsh winter of 1609, even digging up bodies of those who had already passed.

Women's bodies literally play a part here in this powerful way. But as things stabilize in that colony, we see a permanent Chesapeake society at which food is at the center of the survival of the culture.

JTE: It's a tough story. You talked a moment ago about the silencing of women's voices and the ways that we now can bring those voices to new ears. During the Civil War period, diarists play a role in telling women's stories.

MCF: They do. With diarists, we really think of the literate South, the literate women who are carrying on the tradition of writing letters and writing diaries. But there are both the great, famous diarists of the plantocracy, women like Mary Chestnut, Kate Stone or Gertrude Thomas, but then there are unsung voices, women who were writing letters back home to New England. They are the outsiders who came into the plantocracy. Some of them saw that world through food.

There's one young woman who I really love. She wrote letters home every day back to her family. Her name is Ruth Hastings. She was a Massachusetts-born, young woman and nanny who came to work for a very wealthy planter family at a cotton plantation in South Carolina. She describes what this institution looks like because it's as though she has landed on Mars. She's in such a strange world, it's so different from what she knows.

She really learns about the racial etiquette, this egregious world of slavery at the table. She watches the white children in the family, the white mistresses, feed bits of scraps of food after the meal to the enslaved household workers. She says in one of her letters back home to her mother, "I haven't learned yet how to give my leavings with good grace. I'm trying to learn." There are these really powerful voices like Ruth.

JTE: We're accustomed to hearing those voices, at least seeing evidence of those voices in cookbooks. Arguably some of the first cookbooks written in America were written by Southerners for Southerners.

MCF: Right, and they're largely women's voices. The very first regional cookbook is Southern, written by Mary Randolph, The Virginia Housewife, published in 1824. She was a white woman, she was part of that plantocracy, part of those white, elite families.

But she's not typical -- or she is typical. Her husband has political setbacks, their finances tumble. She thinks she's going to be part of this leisured life and she has to make some money. She opens a boarding house in Richmond, Va., and years later she's successful. She's successful also because she builds that business empire on the backs of enslaved women who were cooking in her kitchen. Those are the voices that we see years later when she writes a successful cookbook. It's really in that cookbook that we get the core elements of Southern cuisine: Native American influences, African-American women's voices are the strongest and then Randolph's own European heritage. Those are those three legs that all come together.

JTE: Having just returned from Richmond, it's interesting for me to connect Mary Randolph as an entrepreneur as well as a cookbook author with what's going on there with contemporary women restaurateurs like Kendra Feather who has The Roosevelt and three other places in Richmond. You can see a real linkage between that time past and this dynamic present.

MCF: Absolutely, I so agree with you. These are working women, they are working from the get-go. The stereotype is something that we're always going against, it's really part of the Southern culture. It really helps us understand how people make sense of the past.

But again there's the stereotype that there's one type of white Southern woman, that lady of leisure. We need to break that open and really understand what that looked like. There are working poor white women, there are slave-holding mistresses, there's a great diversity. From a food lens, we see women in many different ways. 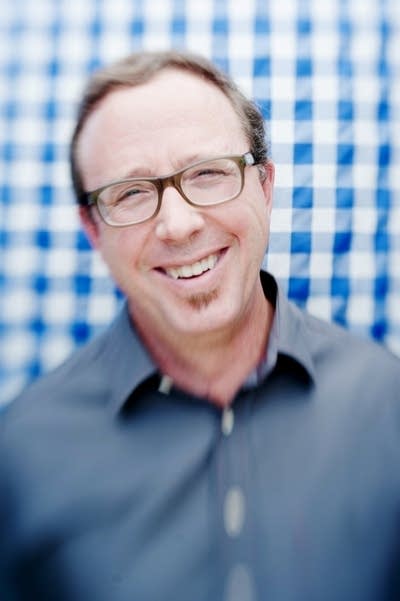 John T. Edge is a writer, author and director of the Southern Foodways Alliance. He is a contributing editor at Garden & Gun, a columnist for the Oxford American, a columnist for Southern Living and a contributor to The New York Times. His work has been featured in the Best Food Writing compilation. He won the James Beard Foundation's M.F.K. Fisher Distinguished Writing Award in 2012. He has written or edited more than a dozen books.