Making a documentary about Cecilia Chiang, 'the mother of Chinese cooking'

by Ruth Reichl
Listen: Making a documentary about Cecilia Chiang, 'the mother of Chinese cooking'
08:04

Filmmaker Wayne Wang is the man behind movies like The Joy Luck Club and Last Holiday. His latest project is Soul of a Banquet, a documentary that profiles Cecilia Chiang, a woman he calls "the mother of Chinese cooking."

Ruth Reichl: Who is Cecilia Chiang and why did you want to make a film about her?

Wayne Wang: Cecilia Chiang is a 94-year-old Chinese woman who grew up in Beijing and who has always loved food. Inadvertently she became a restaurateur in San Francisco, where she ran a restaurant called The Mandarin. She, I would say, is the mother of Chinese cooking, at least for the northern style of cooking.

RR: Why did you decide that you needed to do a documentary about her?

WW: I have known her for so long. I've always felt that someone needs to document Cecilia's life in some way. I hadn't quite found a way to do it up until a couple years ago.

It was Chez Panisse's 40th anniversary, and Alice Waters was doing a whole bunch of events for the celebration and raising money for The Edible Schoolyard Project. I asked Alice, "What should I do? There are so many choices here." She said, "Obviously you should document Cecilia Chiang cooking a banquet for 12 people in her own home."

RR: How old was Cecilia?

RR: You said also that she has more energy than you do, that she can outwalk you.

WW: She can outwalk me. There's a park right outside her apartment. Every morning she would take a walk around the park and it's all uphill, downhill, uphill, downhill. I walked with her and I couldn't keep up with her.

RR: You really feel that she is a repository of the history of Chinese food.

WW: Because she's 94 years old, she comes from a history that doesn't even exist anymore. When she was growing up in Beijing and growing up in China, that was a kind of cooking that was completely destroyed during the cultural revolution. She's one of the few people who maintains the knowledge of that.

Her parents were so into food. She was not allowed in the kitchen. Her mom would prepare little tidbits of things and have her father taste them. Then her father would criticize what was right or wrong about the food.

WW: I'm not completely objective because I grew up in the '50s and '60s in Hong Kong where there was a lot of great Chinese food, all different kinds. All the immigrants went to Hong Kong and they brought their food with them -- there's northern cooking, there's Sichuan, there's Hunan, there's Shanghainese, there's Cantonese. I was brought up with all that. Then to taste, for example, the food of Cecilia Chiang's The Mandarin and the more traditional classical cooking, I've been very spoiled.

The newer, younger Chinese chefs are doing things that are not based on real knowledge and classical training. They're just going out there and saying, "This is Chinese food." It's just a bunch of flavors and a bunch of ingredients put together.

I like experimentation, but I think with experimentation you always need the basic knowledge and the basic training to start with. Then you can then break away from it. I'm a filmmaker -- I came out of a painting background -- and that's what I feel about my own art. I have more respect for the food when it's done with some kind of training and background.

WW: The thing that surprises me is actually China itself. Because of the cultural revolution, a lot of the more traditional food has really been left out, destroyed or no longer exists. There are some good chefs and they're still maintaining their tradition. But a lot of the food is really not quite what it should be: It's cooked very differently, it's cooked very fast, it's cooked with the wrong ingredients, it's not quite cut right. That was the biggest surprise for me.

I travel through a lot of Asia and if I really want to get critical about it, actually Taiwan has better Chinese food overall. A lot of the people who escaped the Communist regime after the war went to Taiwan and more chefs went to Taiwan. There are some who went to London via Hong Kong. There are pockets of places where there is still really good Chinese food being cooked and the handing-down of that tradition to younger chefs who know that tradition is also there too. But it's not widely available. 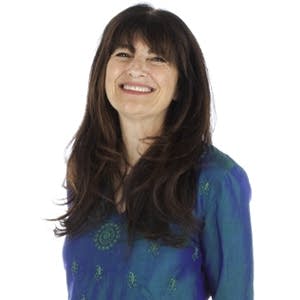 Ruth Reichl is a writer, editor and author. She was the editor in chief of Gourmet Magazine for 10 years until its closing, a restaurant critic for The New York Times, and restaurant critic for and food editor of the Los Angeles Times. She is the author of several books including Garlic and Sapphires. She is the recipient of six James Beard Awards and several awards from the Association of American Food Journalists.