In jams and jellies, acidity is the key to avoiding botulism

by Lynne Rossetto Kasper
Listen: In jams and jellies, acidity is the key to avoiding botulism
06:18 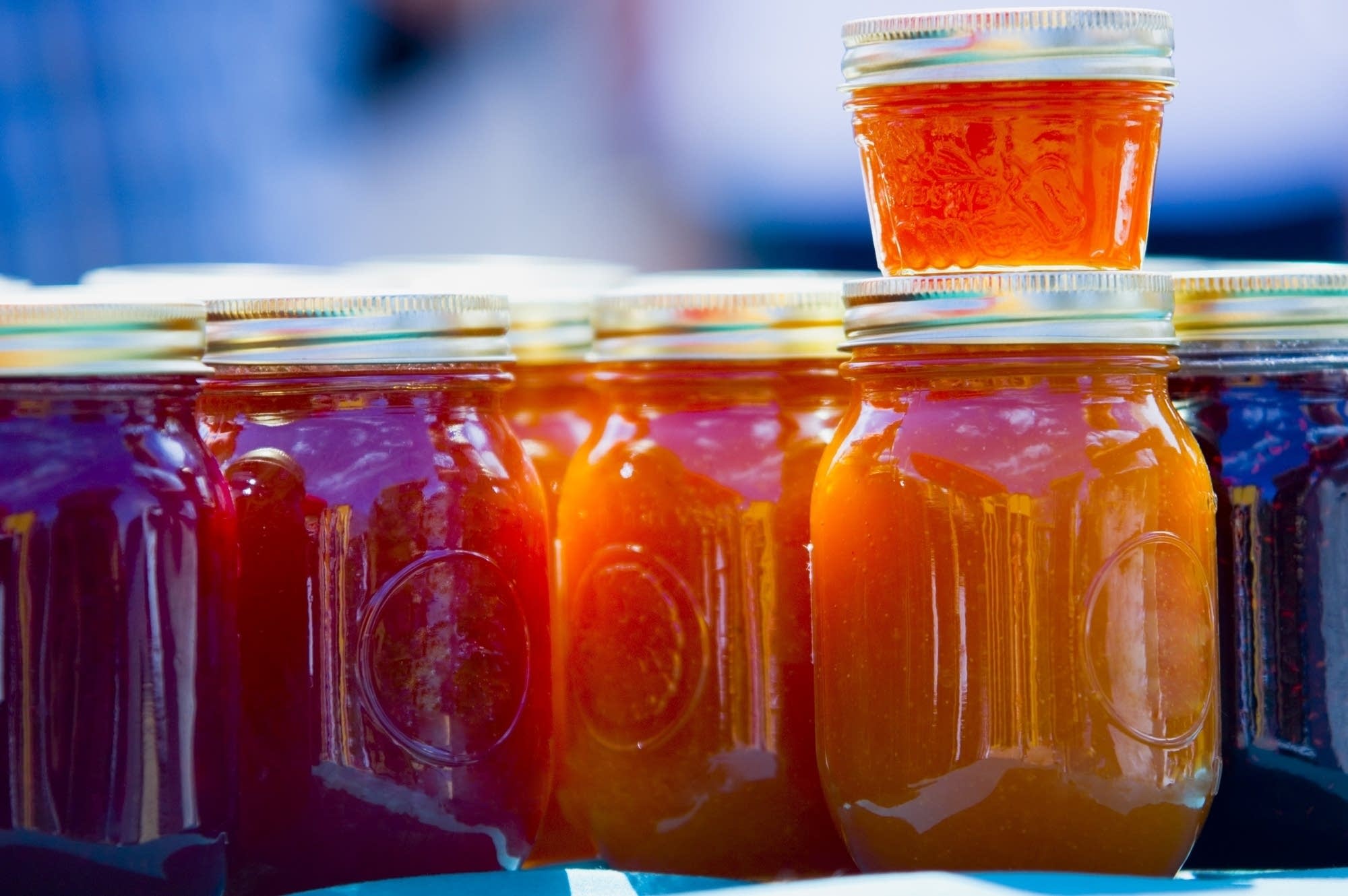 The first time writer Kevin West tried preserving, he found great strawberries. Why not make grandma's jam, how hard could it be? Pretty hard -- the jam was a disaster.

It was a good thing though, because West caught the preserving bug. He studied -- he spent a year alone on jams, he experimented and he took science courses. West is now a certified master preserver and author of Saving the Season: A Cook's Guide to Home Canning, Pickling, and Preserving.

Lynne Rossetto Kasper: One of the things that stayed with me in looking at the book -- because there are stories throughout the book in addition to recipes and technical stuff -- you talk about three lessons that you learned even before you started canning.

The first time that I was in a professional kitchen, I was about 20 years old. I had taken a year off from college and I was hanging around Berkeley, Calif. My friend David Tanis, who was at that time a chef at Chez Panisse, hooked me up with a couple of stages -- stage is restaurant lingo for an unpaid internship.

The first stage was at Greens, the wonderful vegetarian restaurant in San Francisco. As the grunt in the kitchen, I had been assigned a big flat of mushrooms to clean. One of the chefs there showed me the light brushing technique for cleaning a mushroom. Then he looked at me and he said, "Treat each fruit individually."

That just struck me to the core and obviously I've remembered it. I saw a bunch of stuff that I just had to work through. What he saw instead was a wonderful bounty of natural, beautiful mushrooms, each one of which required specific and individual care. That really has stayed with me.

The second stage was actually at Chez Panisse. It was on a busy Saturday afternoon when the restaurant needed some extra hands to literally peel potatoes. I was nervous to be there because that was my temple I guess. As I was peeling the potatoes, I made a mess -- peelings were falling left and right, potatoes were rolling around on my workstation.

Alice Waters came sweeping through the kitchen and the mess I had made caught her attention. She pushed me aside, she put everything in order and she looked at me and she said, "Do everything neatly always," and then darted off. I would suggest that's one of the best pieces of kitchen advice I was ever imparted.

The third lesson was in recent years, and I was in the kitchen of my friend Akasha Richmond, who has a wonderful restaurant in Los Angeles called Akasha Restaurant. I was there to teach her how to make jam. I was a little nervous to be in that position as a teacher instead of a student.

We had a great huge pile of Elberta peaches to work with. I got a little flustered, we had too much work to do, I did not treat each fruit individually and I was not neat in all things. When we got done with the jam, it looked like a mess. It was very tasty, but it looked messy. So I suggested to Akasha that maybe we could puree it to smooth out the texture a little bit, make it a little prettier.

She said, "No, no, no, I like it. It's rustic." That third lesson was there's really no such thing as an imperfect jam. Every jam you make is the right jam for that day. If something doesn't quite turn out the way you expect it to, just give it a different name and move on.

LRK: There are thousands of cooks right now who are heaving a sigh of relief across the country. The first thing that everybody thinks of when they think about making jam, preserving or pickling is, "How do I do no harm? What do I need to know to not knock off the family?"

KW: It's everyone's biggest fear: botulism. Everyone worries that they're going to kill their friends and family with botulism. Botulism is a serious food-borne illness, but let me try to give you a quick bit of reassurance.

There is a silver bullet against botulism and it is acidity. For the purposes of food safety, foods that have a pH below 4.6, high-acid foods, are safe from the risk of botulism. We don't have to worry too much about the precise acidity of any one food versus another food because I can give you a range of safety.

Most of the fruits that we want to preserve with -- including berries: strawberries, the summer bramble berries, blueberries; the whole pome fruit family that includes apples, pears, quince, stone fruits; the citrus -- all of those fruits have sufficient natural acidity to safeguard us against the risk of botulism.

June Taylor, who is a very distinguished preserver in Berkeley, Calif., says a line that I repeat all the time: The only way that you can hurt someone with a jar of jam is if you crack them in the head with it.

Pickles are somewhat different because pickles work with vegetables, and vegetables are low-acid. But a pickle is a vegetable that has been covered with an acidified brine, and that acid can either come from vinegar, that's what we call a vinegar pickle or a quick pickle, or the acidity can be achieved through fermentation. That is to say, thanks to the wonderful processes of this micro-environment in which official lactobacillus bacteria are doing their thing, the fermentation process creates sufficient acidity to prevent the risk of botulism.