Bored with reds and whites? Pair sake with non-Japanese meals 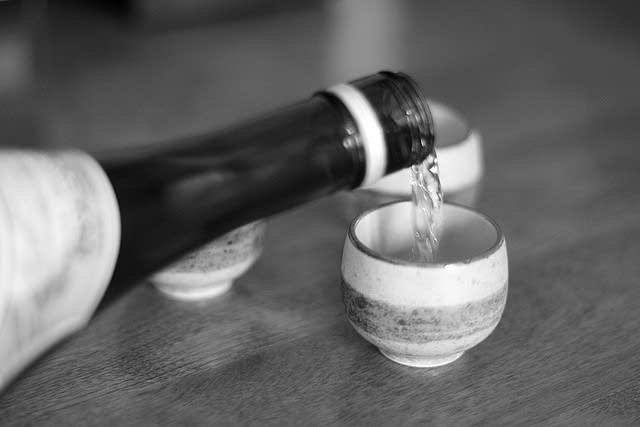 Sake is gaining ground in the U.S. -- it’s even getting the sommelier treatment in some restaurants. There are only a few sommeliers who are trained in both sake and wine, and Hiromi Kiyama is one of them. Kiyama is wine and sake sommelier at New York City’s Michelin-starred restaurant 15 East and its French sister, Tocqueville.

Lynne Rossetto Kasper: You work at a French restaurant. What do diners say when you suggest a sake instead of a grape wine? Are they surprised?

Hiromi Kiyama: There is still a little bit of hesitation because people think that sake is supposed to be served warm or hot. Because of that, people do not think it will go well with food. But my approach is to serve chilled or close-to-room-temperature sake in glassware that is all-purpose. People find it a little bit more approachable.

LRK: Are your customers resistant to drinking sake with French food? Do they find that combination works for them, or are they put off by it?

HK: The sake is on the wine list, but people do not really ask questions and are not curious. I have to recommend it. If they’re deciding between either white wine or red wine to go with the particular dishes they’re having, I’ll suggest, “How about sake?” I give them a description, a flavor profile and people normally go for it. For example, our caviar, asparagus, truffle and sea urchin carbonara pairs really, really well with sake.

LRK: What about non-Japanese foods? What if we wanted to pair it with foods we’d never imagined we’d have with sake? For example: cheesy, Parmesan grits, a sunny-side up egg and bacon. Is there a kind of sake that would really work with that?

HK: We normally pair it with a white wine -- a type of white wine with less tannin -- or a ripe white wine. Normally what we do is roussanne, which is a northern grape varietal aged in oak. Roussanne actually has a similar profile as the sake -- sweet.

Most of the sakes don’t have an oak-barrel element, but with the sweetness and the acidity level, it works really well. Something like junmai or junmai ginjo, nothing too full, rich, sweet or high-alcohol. For example, we’d pair it with the Miyasaka 50, that’s a junmai ginjo and it’s unpasteurized.

HK: It tastes like a lychee, white flower and white fruit -- it’s very exotic and it has a nice acidity.

LRK: Is a junmai a type of sake that has not been aged, or is it the way that particular sake is made?

HK: Junmai is a classification of sake. I always explain that to the guest, because I don’t want them to get intimidated by big names like junmai, junmai ginjo or junmai daiginjo. Anything that starts from junmai, all the alcohol comes from rice, water, yeast and mold. The junmai category means that it is entry-level -- in wine speak, it’s a village.

LRK: If you see a village on a beaujolais, for instance, you’re talking about a blended wine and usually a wine that has a very broad appeal to a lot of people. If junmai appears in the title, this is going to be a relatively easy sake to drink?

HK: It’s lighter, pure, easy to drink and also has a great body.

LRK: Is there a sake that would work with pizza -- a classic, traditional, margherita pizza with tomato, mozzarella, fresh basil and some olive oil?

HK: The pizza has mozzarella and tomato sauce, so it has a creamy and oily element with the sour and acidity from the tomato sauce. The basil has a little bit of vivaciousness. What I would do is something not too heavy. I would stay with a junmai or junmai ginjo, with a nice acidity and crispness -- oily and creamy balance the acidity. I’d like to take you to kimoto junmai, where they use the classic method. Sake ferments very, very slowly and it has a yogurty acidity profile. That really cuts off the cheese on creamy, buttery dishes.

LRK: So it’s a perfect pairing?

HK: A lighter wake sake with a heavy, greasy pizza.

LRK: When I’ve been served sake in some restaurants, it has been served in a small, square, wooden box that has been set in a small bowl. The sake has been poured until it is at the brim, almost overflowing. Is that a traditional way of serving it, or is that just a style of a particular restaurant?

HK: It is traditional. The warm masu, which is the rooting cup you are talking about –- sometimes they use plastic or glass -- is supposed to be 180 milliliters per cup and they used to use it for measurement. By over-pouring the one serving, they can show their generosity. Also, it's good luck if it’s over-poured.