It takes some thought and effort to grow eggplant, but it's worth it

by Lynne Rossetto Kasper
Listen: It takes some thought and effort to grow eggplant, but it's worth it
07:23 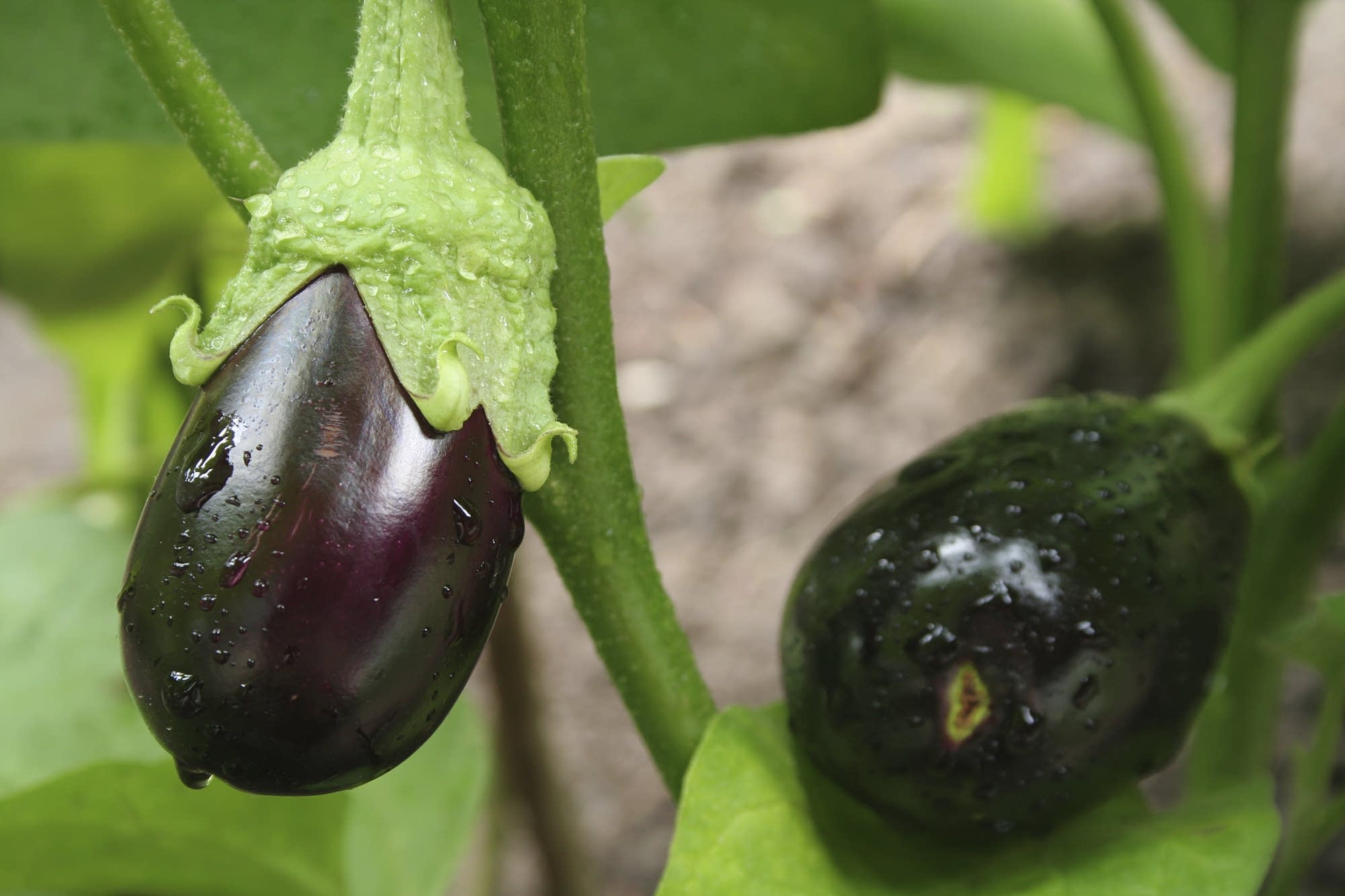 Several years ago, food writer Nigel Slater, who is adored in the U.K. and soon to be adored in the U.S. as well, moved into a little house in London. Behind it was a scrappy piece of earth that passed for a back yard. In a moment of possible insanity, Slater vowed that he would make vegetables grow there.

The London soil is pure clay; it's like planting in cement. To make this garden, Slater had to haul in yards of compost and manure (through his house, no less). He dug, he double dug, he beat back the snails and the white flies, and in the end, he got his garden. Now he can pull up eight kinds of potatoes for salad. He wrote about the garden and cooking from it in the book Tender: A Cook and His Vegetable Patch.

Lynne Rossetto Kasper: How long have you been gardening?

Nigel Slater: When I was a little boy, I pestered my father for a little bit of garden I could call my own. He gave me a very short strip of back yard and said, "You can have that." I was about 13 years old, maybe younger. I grew carrots, which I completely forgot about, and they went to seed. I was amazed when I dug them up and found that I could actually grow something. From that moment, I was pretty much hooked on growing at least something.

LRK: To paraphrase something in your book: Plant the seed, watch it grow, eat the result. Instantly, you've done away with much of the baggage that comes with our modern food supply.

Is this why you garden?

NS: I think it's partly why I garden. One of the reasons is purely escape and the fact that I can be doing something that doesn't tie me to my desk. It's a little bit of freedom. But, yes, it is also to do with that thing of having a connection with my food -- I feel somehow it's part of me. When I put a seed in the soil and when I see it grow, I truly am amazed that I've done it. That little green leaf has come through the soil and I think, "Wow, I've done that."

As the plant grows, I do develop a fondness, a nurturing quality to it. I try to protect it from things like slugs and snails, and from the foxes that come into my garden and roll about and crush it. I know this sounds a little bit crazy, but when I've picked something that I've grown and I eat it, I truly think it tastes better than if I bought it from the store.

LRK: I think just the aliveness of it, if nothing else, other than what you've done in terms of your own hands -- it's right from the earth.

NS: It's from the earth. It's from my earth, which I feel I've invested quite a bit in my earth, because I've looked after it: I've weeded it, I've dug in compost and fertilizer. So I've got some investment in there, which is the joy of the physical thing of gardening. But also that feeling of somehow, this is mine, I can do it. It is an empowering thing growing something.

LRK: You've written this book by chapters on vegetables. There is a vegetable I am particularly challenged by, and that is eggplant.

NS: Eggplant, which we know of here as aubergine, is something that I would have never considered growing a few years ago. As our climate has gotten a little bit warmer recently, we're getting longer and hotter summers, so the things that take a while to ripen like eggplant are starting to work here now. It's one of those seeds that is very capricious. Sometimes it will germinate, and sometimes it won't. It's that thing of luck really.

I put my seeds into quite warm soil and I just keep it as warm as I can -- now sometimes that means in the airing cupboard amongst all the laundry, and other times it just means on the windowsill. But as soon as the leaves start to form, then I really keep it out of the draft and make sure the temperature is fairly regular. I like the fact that I'm having to put a bit of effort into it, not like potatoes or carrots where I can just them put in and they kind of happen. It's something I've really got to think about.

Then of course, when it's old enough to put into quite a large pot, I find the warmest, sunniest place I can in the garden and they actually survive. Occasionally they thrive and they're worth it, not just for the eggplant, but the beautiful purple flowers as well.

LRK: How do you work with eggplant in the kitchen?

NS: The joy for me of eggplant is the fact that it soaks up flavors like a sponge -- it really is like a vegetable sponge. I always use good oil -- really flavorsome, fruity, olive oil -- because I know that oil is going to become part of the eggplant. It actually becomes part of the texture of it -- you get this silkiness.

Very often I will either fry it or I will griddle it. When I griddle or broil a slice of eggplant, I get it fairly dry. Then I dress it afterward either with olive oil, a few herbs, or some lemon, or maybe I would put a few frizzled onions, pine nuts, and some raisins with it, or give it a slightly Middle Eastern flavor. It can go whichever way you want to push it -- you can make it spicy, you can put herbs with it -- it's entirely up to you.

LRK: Is there a variety of eggplant that you prefer?

NS: I was brought up with the big, purple-black, shiny eggplants. I could never understand why it was called the eggplant in America. Then I started to shop in Middle Eastern shops and at farmers markets here in London, and of course they have the beautiful, little, ivory eggplants that really do look like an egg. It's so beautiful and suddenly all is explained -- I thought, "Well, of course, that's why, that's where it came from."