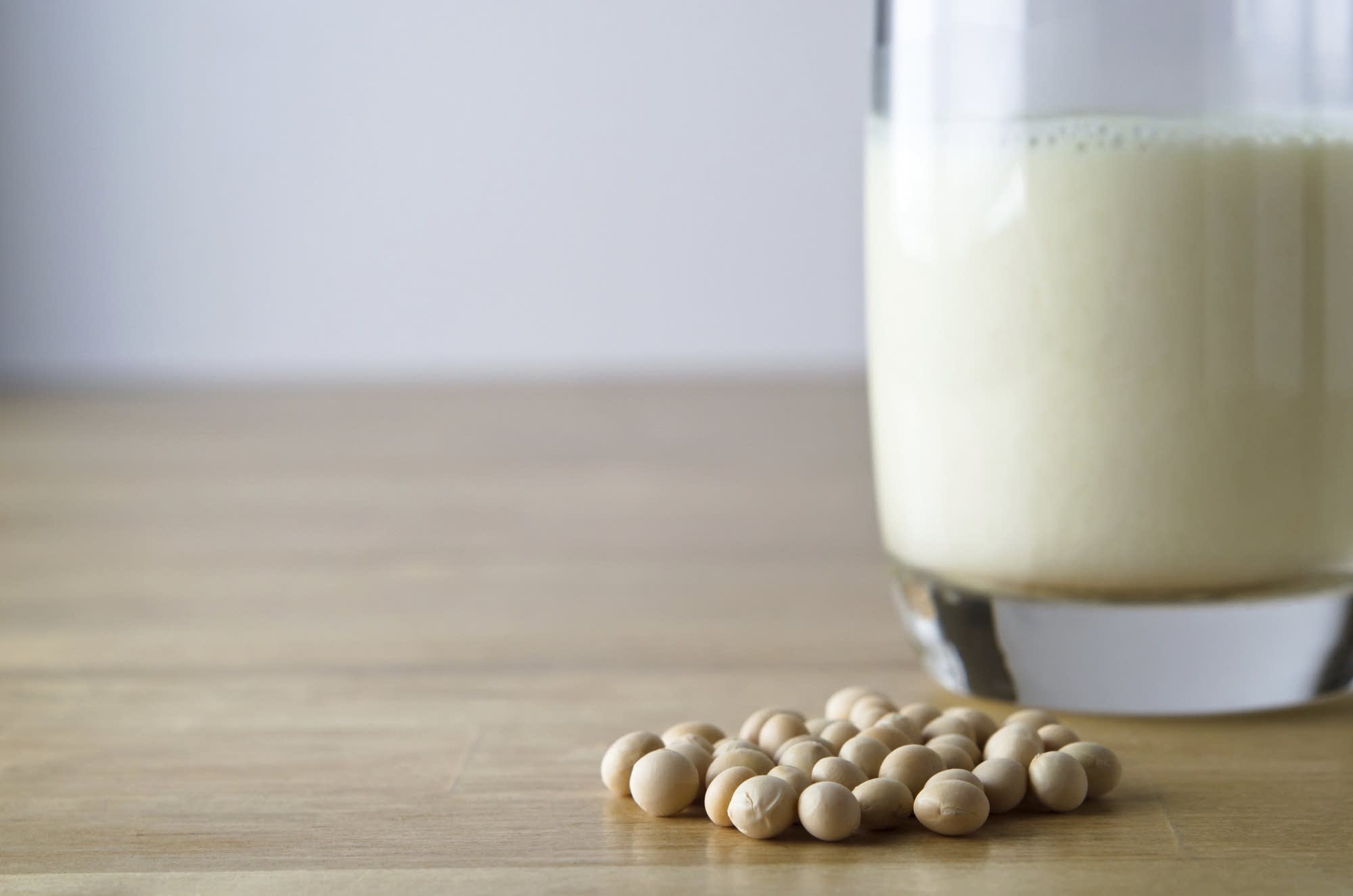 Cows are not happy. Why? Because milk coming from everything but them has taken off. For ages the soybean filled in for Bossy, and almond milk was a big deal several hundred years back. But the blossoming of the vegan movement opened the floodgates: hemp milk, oat milk, hazelnut, rice, multigrain and coconut -- not to mention the flavors and the variations.

The variety is fascinating, but also confusing. Dr. Andrew Weil, an authority on nutrition and author of True Food: Seasonal, Sustainable, Simple, Pure, explains the many options for non-dairy milk.

Lynne Rossetto Kasper: So with that list of non-dairy milks, can they give us the nutrients that cow and goat milks can give us?

Andrew Weil: Some of them can. I would say first that soy milk is probably the best replacement, because only it has the protein content comparable to that of cow’s milk. If you’re going to take someone off dairy milk, soy milk is probably the best choice unless someone is allergic to it or can’t stand it for one reason or another. If you use another kind of milk replacement, especially for kids, you really need to think about how to add protein elsewhere in the diet.

LRK: What about the vitamin D and the other nutrients in milk?

AW: A primary nutrient in milk and all dairy products is calcium, but many of the milk substitutes will say “calcium fortified;” you can get calcium-fortified soy milk. As for D, that is easily taken in supplemental form.

If you are going to use soy milk, only get organic soy milk because much of it may be genetically modified. I would look for soy milk that doesn’t contain the additive carrageenan, which is a thickener that has some questionable health effects. You may have to look around for ones that have a flavor that you like.

LRK: Carrageenan is a seaweed. What is the problem with it?

AW: It is called Irish Moss and it has a long history of use as a thickener. But in the derivatives that are used now -- it is very commonly added to milk substitutes, sorbets and ice cream -- there is concern that it promotes inflammation in the gut and may increase breast cancer risk. So it just seems to me that it’s a better thing to avoid if you can.

LRK: There is a laundry list of nut milks: almond, hazelnut and cashew.

AW: I personally am a big fan of cashew milk, which I make myself. I buy raw cashews, grind them fine in a blender, then add cold water and blend at high speed until it looks like milk. You vary the proportions of nuts to water to get what you want. You can make something as thick as cream or as thin as skim milk. I use that commonly as a substitute for dairy milk in soups, people can’t tell the difference in purees and I make frozen desserts from it. That is really my favorite.

LRK: Where does almond milk stand on your scale?

AW: You can buy almond milk commercially; it is widely available. It is definitely one that I would recommend trying. It often is enriched with vitamin D as well as calcium, and it is relatively low in calories compared with other milk substitutes. The fat profile is OK, but it does not have enough protein to be a complete substitute for cow or soy milk.

LRK: Is that true of most of the nut milks?

AW: It is true of most of the nut milks. You can make almond milk at home too, but the problem is that the almonds have to be blanched; you have to remove the skin and that is tedious. So with cashew milk, the advantage is you can just buy raw cashews, grind them up and make milk within minutes.

AW: It has more fiber than other milk substitutes and there is a study from Sweden showing that it may help lower LDL [low-density lipoprotein] cholesterol -- the bad cholesterol -- so it is one worth considering. It is out there, but I don’t have much firsthand experience with it. It’s not my favorite.

LRK: What about hemp milk?

AW: I am a big fan of hemp milk. This is from the cannabis plant, which we have demonized for various reasons.

LRK: I’m just wondering if it made you more happy?

Hemp milk has a good fatty-acid profile; it has some omega-3 fats in it. It’s a safe option for people who are allergic to tree nuts or soy. I think it tastes quite good. My daughter, who can’t tolerate dairy, really prefers hemp milk as her favorite. I’ve seen some very good frozen desserts made from hemp milk out there. It’s a little harder to find, but worth looking for and trying.

LRK: The last milk that I am thinking about is rice milk.

AW: Now that has been very popular. Before all of these other alternatives appeared, that was probably the next one I saw out there after soy. But I don’t think it is the best because unless it is fortified, its nutritional benefits are not as good as the others and it often has many additives to improve its texture. I would only recommend that to people who are intolerant to soy or tree nuts and also to cow’s milk.