The future of agriculture: Frozen in a vault in Svalbard, Norway?

by Lynne Rossetto Kasper
Listen: The future of agriculture: Frozen in a vault in Svalbard, Norway?
06:07 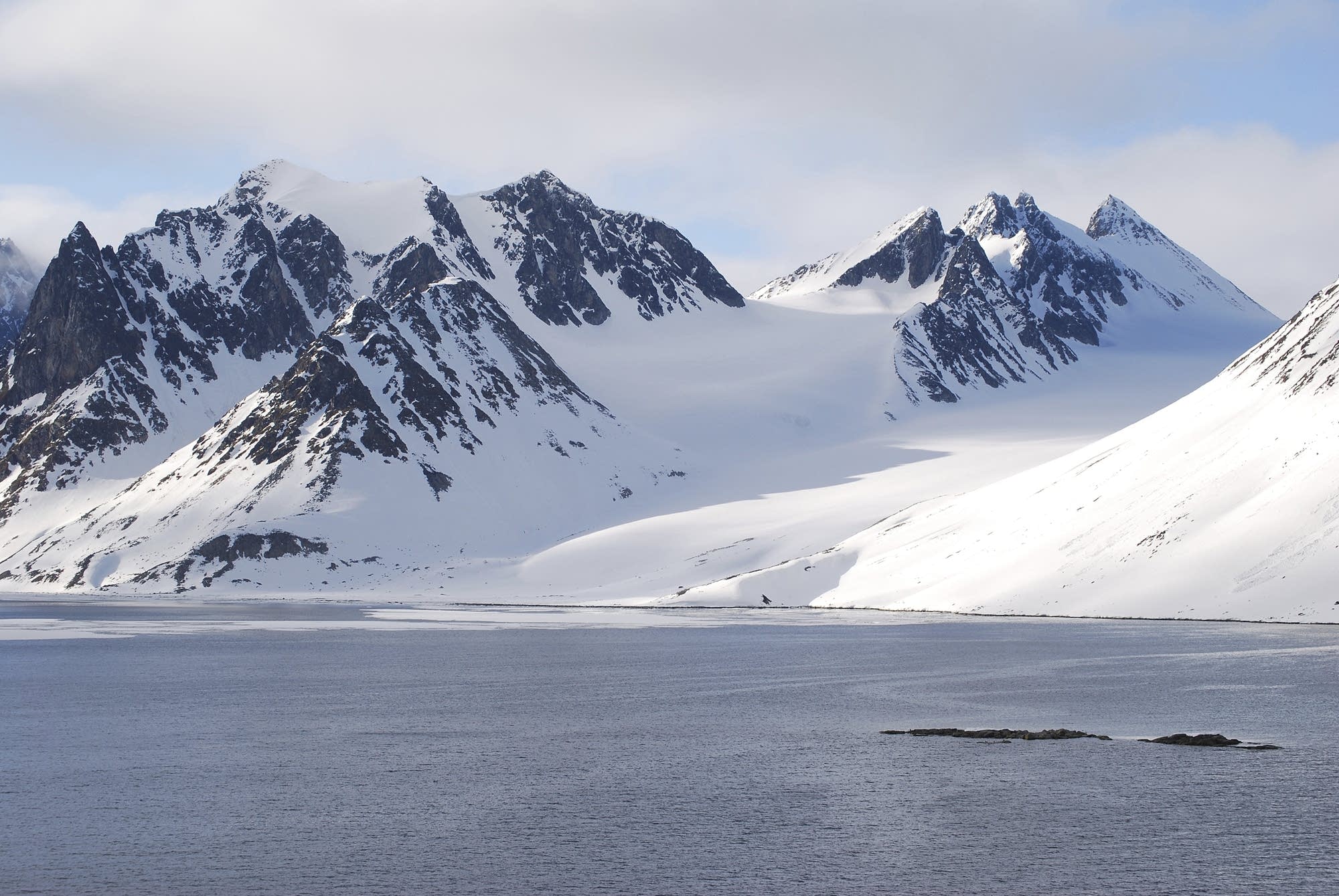 The future of our food might be in the middle of a mountain on a remote island above the Arctic Circle. That’s where the Svalbard Global Seed Vault was built. There is more agricultural biodiversity in the vault’s one room than anywhere else in the world. Cary Fowler is a special advisor at the Global Crop Diversity Trust.

Lynne Rossetto Kasper: What is the seed vault about? What’s its purpose?

Cary Fowler: Its purpose is to secure the survival of the different seed collections of agricultural crops around the world. Those collections are very, very valuable. They’re used by plant breeders and researchers to develop new varieties of our agricultural crops, to keep current with pests and diseases, to produce higher yields, and they’re also used in basic biological research.

But the problem is that these seed banks, the seed collections in the real world, are just located in buildings and all kinds of things can happen. They can get in the way of war and civil strife, and there can be accidents, floods, hurricanes and all sorts of things. If you’re storing a seed sample there and that’s the only sample of that particular variety of crop, if something happens to the building that it’s in, it’s gone forever and it’s extinct like the dinosaurs. We needed a “Plan B,” and we went to rather far lengths to find it up in Svalbard, Norway.

CF: It’s 78 degrees north, the farthest you can fly on a regularly scheduled airplane. But it’s still accessible; we can get seeds in and out if we need to. It’s also extremely cold, as you can imagine. If you want to conserve seeds for a long time, what you do is you dry them down to a low moisture content to reduce the biological activity, and then you freeze them at about minus 3 or minus 4 degrees Fahrenheit.

LRK: If the electricity fails, the natural environment is going to keep them at the desired temperature?

CF: That’s right. Inside the mountain, we built this tunnel about 130 yards into the solid stone. At that depth, the natural temperature is below freezing already. Even at that natural temperature, most of these seeds would be viable decades from now. We really think that we’d have a long time to get somebody up there to repair the machinery if it failed.

LRK: I understand you have something like 740,000 samples in the vault, but that recently a lot of fuss was made over an addition to your wheat collection. What’s the story behind that particular seed?

CF: That particular variety was called Norin 10. It’s actually an old Japanese variety documented to go back to the 1930s. It was collected by somebody on the staff of General MacArthur after 1945.

The interesting thing about that particular variety is it’s really short. At that time, normal wheat varieties were about 4 feet tall and this one is about half that height. The importance of that is with modern plant breeding, the plant breeders are able to produce wheat varieties that were much higher in their yield. They put a lot of grain at the top of the stalk and when the wind came up, it tended to blow the wheat over onto the ground and the farmer couldn’t harvest it. This Norin 10 variety, which is shorter and stockier, could hold the higher grain weight at the top and not tip over.

LRK: This was billed as the ultimate heirloom wheat in the vault. Do you agree with that?

CF: No, I wouldn’t say that. We’ve probably got about 140,000 unique varieties of wheat up there. One of the ones I really like is a variety that was collected by a friend of mine, my hero in this field, named Jack Harlan. He collected it in 1948 in Turkey and he described it as a miserable-looking kind of wheat. In fact when it entered the U.S., it didn’t even have a name, it had a number: 178383, I think. But a few years after that, a disease came through in the U.S. -- a disease named Stripe Rust. A lot of our wheats were susceptible to that disease. They tested this particular miserable-looking wheat and found out it was highly resistant to that and a bunch of other diseases.

Today it’s in the pedigree, in the genetic background, of virtually all the wheats grown in the U.S. The annual contribution to production is a couple of hundred million dollars at the farm level. The annual benefit of just saving that one miserable-looking wheat just to American farmers just for that one crop -- if we just made that investment one time, we’d probably be able to generate enough income to conserve all of agricultural diversity forever.

CF: It points out how valuable this resource is. It’s pretty cheap to conserve. You have to take precautions like having a back-up insurance plan near Svalbard, but it’s still really, really cheap. The insurance value is just absolutely tremendous, particularly when you see what kinds of challenges agriculture is going to face in the future.