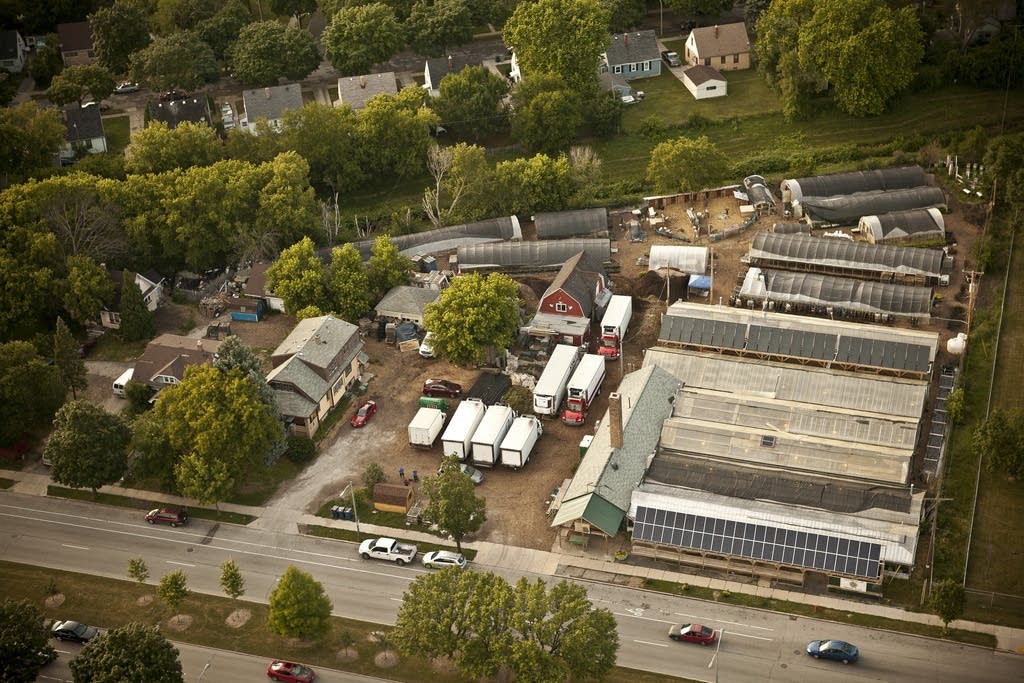 Will Allen is proving that city farms work -- big time. He’s not conjuring up theories; everything that he is teaching in cities across the country he learned over the course of 20 years with his hands in the dirt, a little money in his pocket and a survivalist’s smarts for innovating.

He grows food in ways that few have seen before -- and he grows it sustainably. Allen’s 3-acre farm sits in the poorest part of Milwaukee and now feeds 10,000 people a year. It brought him a MacArthur grant and his neighbors good, healthy eating. The story is in Allen’s book The Good Food Revolution: Growing Healthy Food, People and Communities. [Ed. note: Read an excerpt from Allen's book here.]

Lynne Rossetto Kasper: It’s 1993, you’ve got a good job, you are driving through one of Milwaukee’s poorest neighborhoods, and you see a collection of broken-down greenhouses and a field of weeds. You decide to cash in your 401(k), buy them and become an urban farmer. Were you crazy?

Will Allen: I think my wife thought I was crazy and probably some other folks as well. But one of the things that I saw was a community that was densely populated: It was in a location that was halfway between two freeways, five blocks away was the largest housing project in Milwaukee, and the closest retail grocery store was about 4 miles away. I looked at this as a place where I could sell my farm produce.

LRK: You already had a farm and you decided to use this as the farm stand?

LRK: But instead you ended up producing 40 tons of food a year from those 3 acres.

WA: You could quantify it in a number of different ways. We grow enough food there to feed about 10,000 people in a very intense and integrated food system. We grow about 150 different crops in an unusual way.

We started out as a for-profit for the first 2 years. I was working with kids in the neighborhood, teaching them about where their food came from. Some of my friends said, “Why don’t you start a nonprofit?” I said, “No, I like working with kids. If we start doing this nonprofit piece, I would need help.” They volunteered to be the first board and do the administrative piece, because I said, “I don’t want to sit in the office and write grants.” That’s how we got started back in 1995.

LRK: What is the scope of Growing Power today?

WA: We’ve grown from those early years to where we are today. We have more than 20 farms and 110 employees, we have 15 regional centers around the U.S., and we farm about 200 acres. We’ll be hiring another 150 people in the next year or so and increasing our greenhouse year-round production to more than 100 acres in and around Milwaukee, Madison and Chicago.

LRK: This is all urban farming that serves what are known as food deserts of major cities?

WA: It’s really about serving everybody in a community because people are not eating very good food that is shipped in. During the shipping process, much of our food loses nutrient value -- a lot of times it is 7 or 8 days from the time it comes off the vine or the stalk before we get it into our bellies. What we are trying to promote is local agriculture, working with farms in the city. When I talk about urban agriculture, I’m also talking about farms that are right on the fringe of the city.

We are building hoop houses -- which are a cheap version of an A-frame greenhouse -- all over the place, wherever we can find land, whether it is asphalt, concrete or hard-pinned clay.

But the key to this whole piece is the fact that we grow soil -- we grow compost. So we collect food waste from a number of different places and we have a large-scale compost operation. We wouldn’t have been able to scale up like we have done without growing this soil.

LRK: There was something about worms as livestock?

WA: That’s what I consider them. I wasn’t the originator of that term, actually; it came from Heifer International. Having cows and pigs in the city isn’t very practical, so what they came up with were worms and fish. The worms are a catalyst for breaking down food waste into worm castings for fertilizer. Being able to grow fish allows families to have protein in these food-desert areas.

LRK: What do you see as the major issues in food today?

WA: I think the major issue is that, as citizens, we don’t know very much about the food we eat. We just take for granted that it’s healthy. Over the last 10 to 12 years we’ve had multiple food scares.

A local food system makes a lot of sense to me, because the money stays in that community and we can create thousands of jobs. We are losing rural farmland and rural farmers. So what we need to do is not only grow soil, but grow farmers, train farmers to be able to farm a different kind of way. Not like our fathers and grandfathers farmed, but this new kind of farming where you are thinking about square footage and growing in unusual places inside the city inside buildings and on rooftops.

What’s driven me is to be a part of ending world hunger. The United Nations stated in 2010 that the only way to end world hunger is through local food systems. It benefits everybody to have a local food system. My energy and the energy at Growing Power goes into creating and quantifying these things because people don’t believe that you can grow a significant amount of food inside a city. It is not the total answer. It’s going to take a renaissance of farmers as well as urban farmers to develop this sustainable food system.