The spoon: Used by every human culture in the world

by Lynne Rossetto Kasper
Listen: The spoon: Used by every human culture in the world
06:03 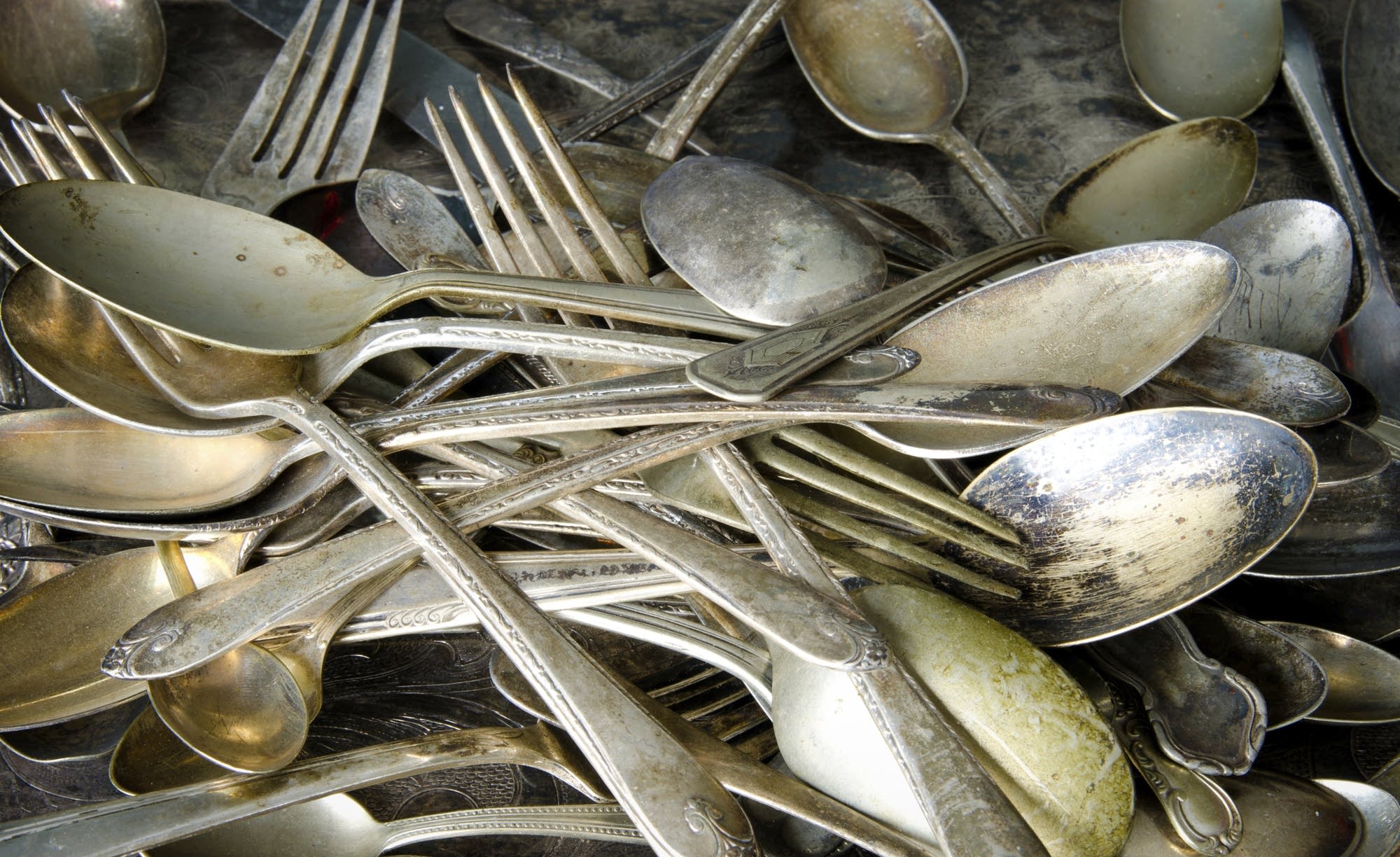 Have you ever wondered about the history of cutlery? Bee Wilson, author of Consider the Fork: A History of How We Cook and Eat, discusses the past of the spoon, which is used by every human culture in the world.

Lynne Rossetto Kasper: You cover all of the things that are in the kitchen and on the table in this book. You’ve got egg beaters, pots and pans, and kitchen design, but one of the things that intrigued me was the spoon. You say the spoon is the mirror of a culture. That’s a pretty big statement.

Bee Wilson: It is a pretty big statement, but the thing about spoons is that they belong to every human culture in the world. There are fork cultures, there are chopstick cultures, but everyone uses spoons. They go way, way back to the first ancient ancestors using shells latched onto sticks. I think they’re a very good mirror to their surrounding culture to look at the particular form that the spoon takes, and what that tells us about the kind of foods that a particular culture likes to eat.

BW: If you look at Victorian times, the 19th century, whether in Britain or the United States, there’s this mad profusion of spoons -- everything from citrus spoons and gravy ladles to tomato spoons and sauce spoons. There are many different reasons for this. You could say it’s a product of the Industrial Revolution -- spoons could be mass-produced as never before. You could also say it’s part of the development from service a la francaise, where all the dishes were laid on the table at one time, to service a la russe, where there was this succession of courses that we would still expect to this day in fancy restaurants.

LRK: I think that’s such an interesting thing that a lot of us don’t realize -- that in the 19th century people started serving a meal in a completely different way.

BW: They did. They started eating courses for this first time. This notion of there being starters, main courses and desserts didn’t exist before. Everything would have been laid out all together and you needed far fewer individual items of flatware or cutlery. So that’s one thing.

But I think the big thing that happened in the 19th century was a new civilization of table manners -- a new anxiety at the table about touching food, handling food. These specialized spoons go along with that because it’s a way of never feeling you have to get too close to food with all of its stickiness and noise. It’s a way of being extremely polite. There were even special solid silver potato chip servers marketed by Tiffany’s, which I think is a very rarefied item. I’m not sure many households have those today.

LRK: You’re saying people were anxious, they wanted to distance themselves. What had happened that brought that about?

BW: I think it’s part of a whole culture of manners. If you look at the rules that come out about handling food in 19th-century etiquette books, there will be things like, "Soup must always be drunk from the edge of the soup spoon so you’re not getting too close to the soup." (Except for men with moustaches, they were allowed to drink the soup from the end of the spoon.) Or things like elaborate rules about things being eaten with forks: how to eat a peach with a fork or how to eat corn on the cob with a fork, which to me makes no sense at all. But it seems to go along with a general sense that you don’t want to pick things up and eat them with your fingers. You don’t want to get sticky; you want to remain dignified and graceful, and the flatware goes along with that.

As the food writer Darra Goldstein has said, it also creates a kind of nervousness. She described this condition as “fork anxiety.” It’s the sense that once you’ve got these tools like tomato spoons available, you really feel you ought to be using them and an ordinary spoon won’t do any more.

LRK: You also talk about a period of the political spoon.

BW: Yes. In 1660 in Britain, Charles II came back to the throne during the period known as the Restoration. There had been a brief 11-year period known as the Commonwealth, when we had no king at all, having executed our king in 1649. It was crucial for Charles II to really impose his will and make everyone forget the fact that we’d done without a king. One of the ways he did that was through spoons.

He’d been at the court in France where they had a particular type of spoon called the trefid. No one in Britain had ever eaten with one of these spoons before 1660; almost overnight this became the dominant shape. If people had one of the older spoons, the puritans, they disliked ornamentation in any form. Puritan spoons were very plain, solid pieces of silver with an egg-shaped bowl and a very plain flat handle. If you had a puritan spoon after the Restoration, you would be pretty sure to take it to a silversmith and get it melted down and remade as a trefid.

The trefid is really the spoon that lends its shape to all subsequent modern spoons, in that the bowl for the first time becomes the deep oval that we all recognize as a spoon shape. The distinctive thing about it was that the handle finished in this three-cleft shape. Hence the name.

We sometimes imagine that all changes in cutlery would be something very gradual, they’d happen over many generations. This happened straightaway: In 1660, no one had eaten with one of these spoons before. By 1680, the trefid had spread through the whole of Britain and it would be very rare to come across a puritan spoon at all.

LRK: A completely different way of looking at this thing we use every day.