The ROY G BIV diet: Eating one color of food each day

by Amanda Thieroff
Listen: The ROY G BIV diet: Eating one color of food each day
08:33 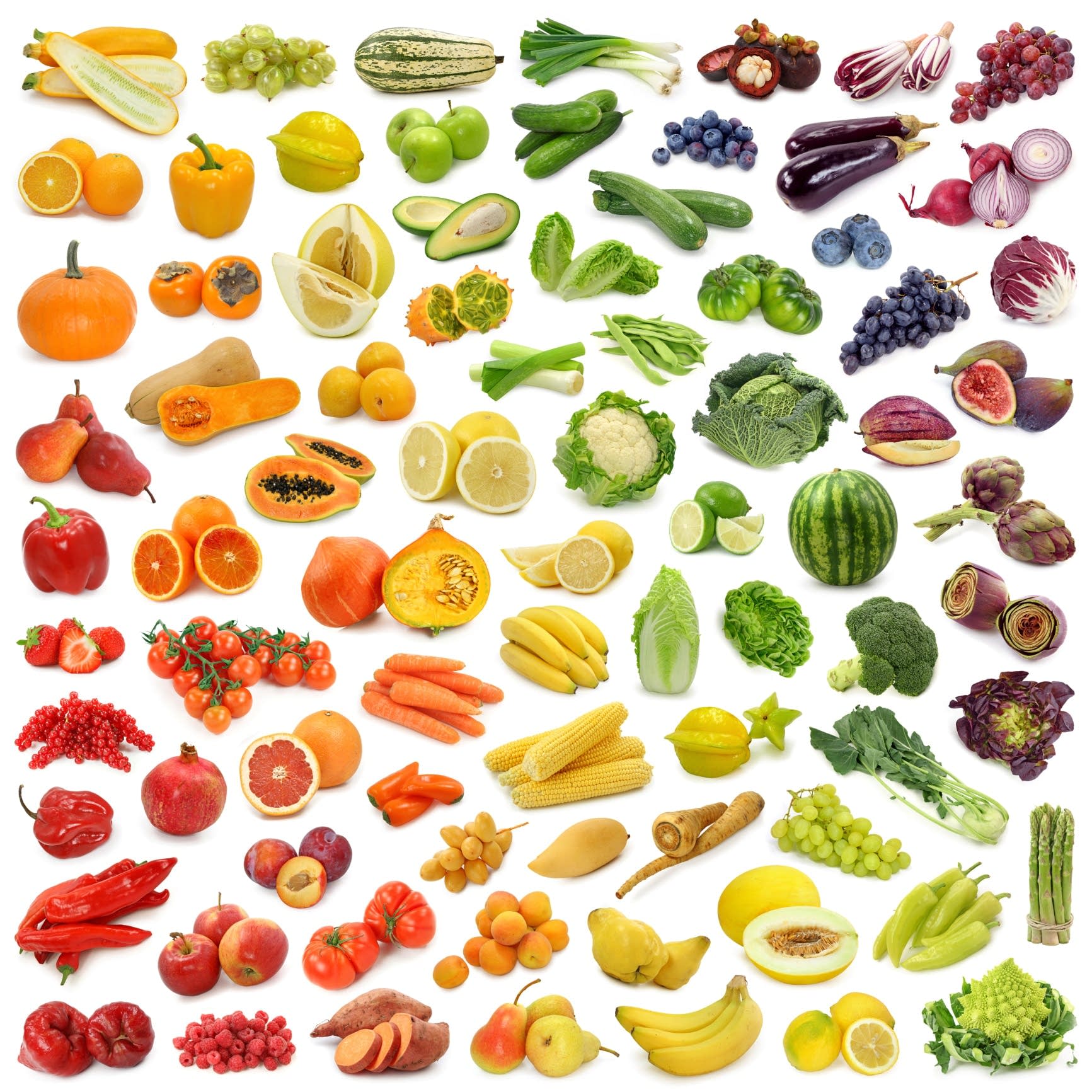 My friend Sean Berman and I don't begin the ROY G BIV diet with any specific intention in mind. I even hesitate to call it a diet because I think the word implies weight loss or some kind of interest in nutrition. This diet, in which we will spend a week consuming only one color of food each day, is not a diet at all. This is art.

One week, seven days, one day for each color of the rainbow. Our first day would be red, our second orange, then yellow, green, blue, indigo, and violet -- ROY G BIV.

“I'm slicing up some red peppers because today is red day,” Sean says.

We are in my kitchen in Brooklyn, N.Y. It's a Thursday afternoon. Red lunch.

“Right now I'm making a salad with peppers, pear, radish, and pomegranate which is -- you know, I'm no chef -- that's kind of a dicey combination,” he says. “I don't know how it's going to taste.”

I heat up a can of Campbell's tomato soup and we go over some ground rules. First and foremost, to the best of our ability, we'll eat only naturally colored foods. Red peppers: in. Spicy Cheetos: out. Beverages, alcohol included, are not to be exempted from the color challenge.

“I have a box of white wine,” Sean says. “You can only drink that on yellow day.”

The only liquids that are exempt are water (clear) and coffee (black) -- two things that we decide are necessary to sustain life. We will make no other exceptions.

“Well, it should,” Sean says. “You'll never, ever have a salad that's more red.”

Orange day is like a feast -- it's like Thanksgiving redux. We make mountains of squash and yams. We make Kraft macaroni and cheese, which is ostensibly both yellow and non-natural. Really, is there anything less natural than that packet of powdered cheese? This is, perhaps, the first fissure in our diet's solid bedrock.

On yellow day I don't have time to cook before work. I pack myself potato bread and mustard sandwiches and cut the crust off.

Sean and I text each other photos of all of our meals. His photos are usually of some kind of dried fruit. Mine are usually potato chips or candy. Today he sends a photo of dried pineapple rings, like tiny golden buoys.

Green day, sweet green day. I eat kale. I eat broccoli. I eat Brussels sprouts and arugula. I swear I can feel these foods reviving me, lifting me from the depths of banana-and-cheese despair.

But no holiday lasts forever.

“Blueberries and tons of blue chips,” he says.

Did you ever stop and consider the fact that there are almost no naturally blue foods? Even blueberries aren't really that blue. They're kind of purple.

“Why are there no blue foods in nature?” I ask Sean.

“I don't know,” he says. “I mean think about the things in nature that are blue -- fungus and poison. What else? There's not much.”

Sean and I text each other photos of blueberries -- dried blueberries, ripe blueberries, blueberry fruit leather. I begin to wonder if we're just not trying hard enough.

On my last day, violet day, I decide I'm going to get creative. I buy an enormous red cabbage and an eggplant. I roast the eggplant with a bowl of garlic: baba ghanoush. I blend it in my roommate's Cuisinart.

Because it looks brownish, I cut up some cabbage, toss it in, hit the pulse button. It turns a sickening shade of violet. It looks like flowers in a meadow. It looks like lavender soap. It does not look like food.

At 8 p.m., a mere 4 hours from the project’s completion, Sean texts me that his faith was gone, that he'd eaten a bowl of multicolored chili. “Stay strong in my wake,” he writes.

I ask him about his fall from grace.

“I don't want to speak about that,” Sean says. “I was upset. I wasn't necessarily upset about it because I felt so much better immediately afterward. I guess maybe that was something of a lesson: This is not a healthy experiment. It wasn't a healthy week.”

No, it wasn't. But that was never the intention, was it?

I do make it to midnight, at which point I eat a chocolate truffle (brown). Then another one.

The next morning I wake up early to make pizza dough. On my pizza will be every color of the rainbow: red sauce, orange pepper, yellow pepper, arugula, eggplant.

No blueberries though. I hope not to see another blueberry for a long, long time.