Infuse umami into vegetables by steeping them in dashi

by Lynne Rossetto Kasper
Listen: Infuse umami into vegetables by steeping them in dashi
06:54 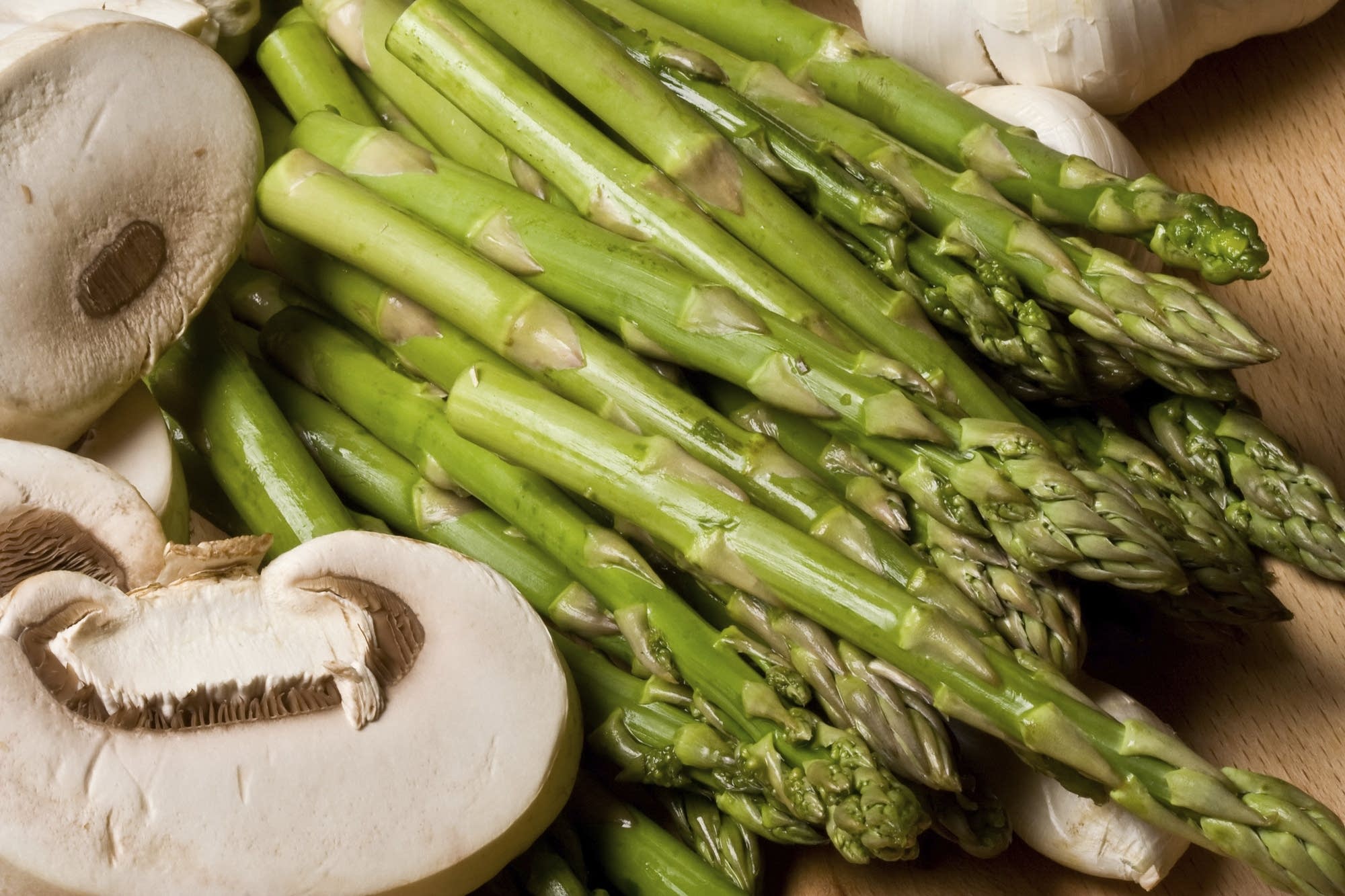 Do you want to make the most of your spring vegetables -- have them stand proud in all their natural wonder? Try some Japanese techniques.

This is the cuisine of meticulous attention to flavor and freshness -- and of specific techniques to tease them out. It's also the country and cuisine that Harris Salat fell in love with; he's been studying it for years. Harris co-authors Japanese cookbooks and created The Japanese Food Report.

Lynne Rossetto Kasper: There's a dish on your site that practically screams spring -- it uses this technique called ohitashi.

Harris Salat: Ohitashi is incredibly simple but incredibly deep. You can find a lot of this in Japanese cuisine. It is a way of infusing umami and flavor into vegetables without overwhelming those vegetables. This process helps the intrinsic flavor of the vegetables really come out. It's quite amazing.

LRK: What you've got on the site is a bowl of pea pods, mushrooms and asparagus in this little pool of broth. Can you walk us through how its done?

HS: Sure. Let's take a step back and just talk about dashi for a quick second. “Dashi” means stock in Japanese cooking, but it's more than stock. It's really the foundation of the cuisine.

There are many different dashi. But when people just say dashi, there is a dashi that is made from kombu, which is a type of kelp, and katsuobushi, which is skipjack tuna that has undergone this really remarkable process of natural preservation. The kombu has also been dried. When the two of them come together in dashi, they create this amazing savoriness and this really incredible flavor. That's underlying the cuisine and underlying ohitashi.

LRK: I know you can make it from scratch, but there are packets of instant dashi that I see in stores. Are those any good?

HS: Those packets are fantastic. There's been this evolution of dashi packs and dashi powders that are all natural. In the past, powdered dashi was spiked with a lot of MSG and it tasted really fake. Now producers have figured out how to create really all-natural dashi by freeze-drying the ingredients. You could use this to make dashi instantly.

LRK: This is great. Now back to the dish.

HS: Ohitashi -- it could be extremely simple or extremely complex. I've had the good fortune of training in restaurants in Japan over the past few years; in some restaurants they had over a dozen different ohitashi combinations to match the flavor of each particular vegetable that they were doing this process to.

If you're at home, you can do something much simpler, what people at home in Japan do. The most basic thing is to take 1 cup of dashi and 1 1/2 tablespoons of usukuchi soy sauce -- I'll explain that in a second. You take these two ingredients, put them in a pot and bring them to a boil. Turn it off, cool in an ice bath, and then you're ready to use the dashi for steeping.

But let me get back to the usukuchi. There are a lot of regional cooking traditions in Japan that we're not super aware of in the U.S. The two big ones are Tokyo-based and Osaka- and Kyoto-based, which are two different regions: Kanto and Kansai in Japan. Usukuchi is really the soy sauce of the Osaka-Kyoto region. It differs from the kind of Japanese soy sauce that you normally see in that it's lighter in color, saltier and has less body. It doesn't infuse as much of an overpowering soy sauce flavor into this dish and also doesn't overpower the natural color of the ingredients that you're going to steep in this ohitashi broth. In any case, it's a great product; you can find it at any Japanese market or even Asian markets. If you can't get that soy sauce, just use regular Japanese soy sauce.

LRK: It's not going to be a big deal?

HS: Kikkoman is brewed in California. It's a great product and it's widely available; that's fine too. What I like about Japanese cooking is that the gap between the finest expression of the cuisine and what we cook at home is not that wide. It's really a question of intent. So if you can get your hands on usukuchi, that’s great. If you can't, that's great too; it will still be delicious.

Once you have created this ohitashi broth and you've cooled it in the ice bath, you have to prepare the ingredients that you're going to steep in this liquid. In Japanese cooking, you really want to get a sense of the texture of an ingredient, the color, the seasonality. There's a word called shun, which is the expression of the perfect seasonal time for something -- it could be a few days or a week a certain ingredient is in shun.

You can find beautiful spring ingredients: new potatoes, mushrooms, asparagus, okra when it comes up is great, even cherry tomatoes, spinach, wax beans -- so many different vegetables. What you want to do is blanch and shock them. You want to cook them just enough so that they start to break down a little bit and then stop the cooking process.

You put them in boiling water with no salt, wait 30 seconds -- or where you get a sense that the color has come out of the vegetable and it's just starting to cook a little bit -- then you transfer it to an ice bath to stop the cooking. That's all you need to do. Then you put it into the ohitashi broth for six hours or overnight and you're ready.