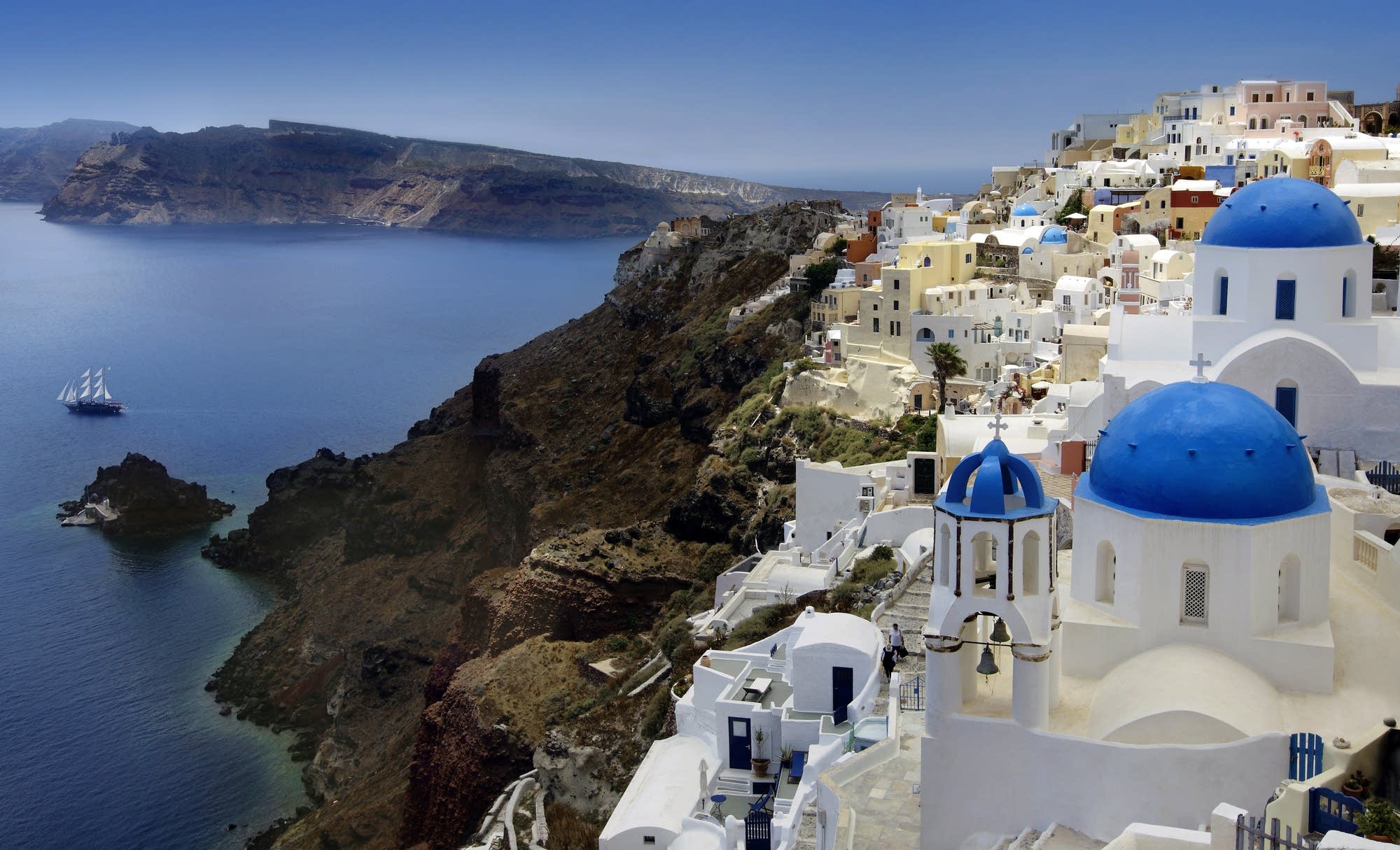 In the days of Socrates, pouring Greek wine for your pals was like flaunting a magnum of cult cabernet today. Then the reputation of Greek wines nose-dived for a very long time.

Lynne Rossetto Kasper: What is happening with Greek wines? You used to go to restaurants and drink the retsina -- that’s the white wine with the pine resin in it -- and some OK wines. But now there are some absolute stunners. What’s changed?

Tara Q. Thomas: What’s changed is that Greece joined the EU in the 1980s and the winemakers had to work really hard and really fast to catch up. They had lost a lot of time in the decades before that, but they had fabulous materials to work with: grapes that you don’t find anyplace else in the world and an incredible variety of different wine-growing regions. They’ve really had a lot of success in a really short period of time.

LRK: How are wine pros reacting to this? Are they turning up their noses?

TQT: They used to. I’ll tell you that the very first time I set up a Greek wine tasting at Wine & Spirits was 1997. I scrounged all over for Greek wines -- I came up with maybe 40 of them. Then I had to get down on my hands and knees to beg people to come and taste with me.

Now I have people lining up because Greece is a sommelier’s dream. They are really high-quality wines, made from little-known grapes and entirely unique grapes, and they are also made with food in mind. So it’s something that the sommeliers can offer their customers that no other country offers. They tend to be really great value as well.

LRK: This is a tough thing for consumers. We go into a wine shop and if we do find Greek wines, we know nothing about them, the names are confusing, we don’t know what to look for. How would you begin?

TQT: If there’s one iconic Greek wine, it would be Santorini. It’s very easy because Santorini wines are made from a Greek grape called assyrtiko, but you don’t have to pronounce the grape. They are labeled Santorini, which is easy to remember.

These are white wines and they’re as dramatic as that sun-bleached craggy rock that we call Santorini, which is actually the remnants of a volcano. It’s almost no soil that these vines grow in; they are just blasted by the sun and the sea, and they taste like the sun and stone and sea. They are beautiful, they are crisp, they are lemony, they have this mouthwatering salinity. They’re gorgeous.

But also I would say that they are no easy quaffers; these are wines that are built with food in mind. In fact Greek winemakers on Santorini really like to have their white wines with lamb. They have the structure and they have the acidity. You can have them with anything: a nice fish pulled directly from the sea with a little bowl of olive oil, feta and some bread to soak it up. But you need to have some food on the side, that’s one key thing with all Greek wines.

TQT: It depends on where you are, but for the most part you are looking at wines between $12 and $25. You can find some that are higher than that, but for a really great Santorini -- let’s say the Boutari, which is pretty widely found -- I think it is running about $17 right now. Some other names to look for would be Sigalas and Gaía; theirs might be a little bit higher.

LRK: What about a red?

TQT: For red wine I would go to a Nemea. (The wine is labeled by the region.) Nemea is easy to remember because you don’t have to deal with the grape. It’s a region of the Peloponnese, about two hours south of Athens. I often think of it -- and no offense to Merlot producers out there -- but as Merlot with personality. It’s got that lovely, round, plump, cherry-like fruit, but it also has this sort of foresty, herbal qualities to it. It’s got shape, it’s got lusty fruit, but it’s not just a big fruit bomb either. There are some wonderful ones out there from producers like Skouras, Gaía and Driopi. These are running about $15 to $20.

LRK: Going back to retsina, that famous Greek wine with the pine resin in it. Do you have any idea where that originally came from?

TQT: It was actually a pan-Mediterranean thing in ancient times. The ancients used pine resin to seal the clay amphorae they kept the wines in, and of course the pine resin did flavor the wines that were kept in these big containers. They came to like that flavor. For some reason the Greeks are the only ones who held onto the tradition.

A good retsina can be a really wonderful thing if you can imagine a very hot day, you’re sitting at a table with your feet in the sand, you have a table laid out with a little fried fish, some garlicky tzatziki, some salty feta and all these little plates with the really strong flavors. That retsina is really refreshing.

LRK: With the Greek economy, what’s happening with the winemakers?

TQT: It’s a really tough time for the winemakers right now, especially those who don’t export, who don’t produce enough wine to export, who aren’t big enough producers. As you can imagine, a lot of Greeks aren’t buying wine for personal consumption. So that leaves a lot of pressure on us in the U.S. to support the Greek market by buying their wines.

LRK: I don’t think that’s going to be any kind of a sacrifice for us.