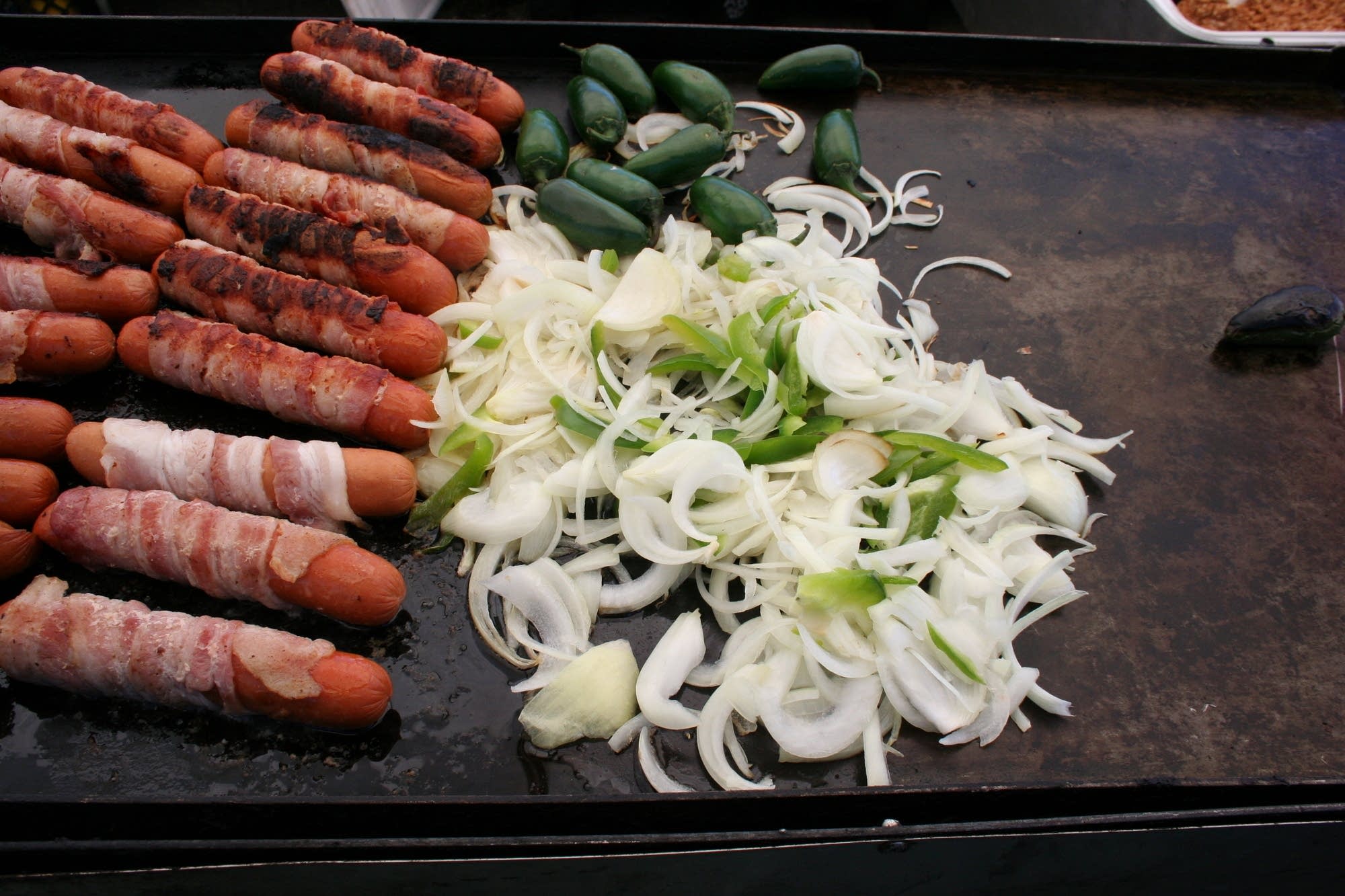 The dog has come to Tinseltown: In the land of the Real Housewives, Brad and Angelina, and the Kardashians, the hot dog is putting on the Ritz in Los Angeles. Jessica Gelt’s story about the hot dog renaissance, “It’s a dog town,” appeared in the Los Angeles Times.

Lynne Rossetto Kasper: Hot dogs are coming to Los Angeles. What is this about?

Jessica Gelt: There has been this hot dog renaissance in the city in the past couple of years. Prior to that it was gourmet burgers, often with grass-fed beef and fancy toppings, and everybody was going for them. It is hot dogs now. That seemed to be coming a bit out of the recession -- the street food renaissance here in Los Angeles, and the food carts -- so it kind of makes sense. There have been a lot of openings of new hot dog restaurants in the city, especially over the past year.

LRK: What are the manifestations? There’s so much imagination in L.A., I don’t picture that this is going to be the usual “some mustard, some sauerkraut” and that kind of thing. There has to be some really great, loopy stuff going on.

JG: One of the places I wrote about in the article was a place called Dog Haus, which is doing all kinds of crazy things: chili con carne and Fritos on Hawaiian bread, tater tots on hot dogs, and eggs and bacon -- very elaborate creations. Then there are places that are just doing traditional, New York-, Chicago- and Detroit-style hot dogs too, because L.A. is the melting pot of not only cultures, but cities from across America. You’ve got Coney Dog opening up, specializing in strictly Detroit-style hot dogs. But even the owner of Coney Dog actually ended up putting an L.A. dog on his Coney Dog menu. An L.A. dog is a hot dog wrapped in bacon and served with jalapenos, mayonnaise and mustard. We call it a danger dog -- that’s the dog we serve here in L.A. that you’ll find on every street corner and outside of every Dodgers game.

LRK: This is a real education. What’s a Detroit dog?

JG: A Detroit dog is typically a beef dog, although a Coney dog is 80 percent beef, 20 percent pork with a little bit of milk. It’s generally served with a beanless chili -- very, very creamy -- and a little bit of mustard and diced onions. We’ve got that.

We had Papaya King open here this past year -- a chain that opened in 1932 in New York City -- which came to Hollywood for the first time. A New York dog will be mustard and sauerkraut. Papaya King has all kinds of creations as well.

LRK: I think of California and L.A. as health-conscious, so is there a super healthy dog?

JG: There’s a place called The Federal Bar in North Hollywood that does something called the Vegan Weena, which is a meatless dog. I think a few places will offer that option. You won’t find that on a street corner, of course.

LRK: Has the hot dog made the white tablecloth scene? The burger did.

JG: You’ll find them, but right now they haven’t gone five-star yet. I think that’s coming; I don’t think that’s far down the road considering the way that it’s looking for us.

LRK: How about celebrity sightings?

JG: A good sighting was Drew Barrymore sitting on a curb eating a Papaya King dog, and then the Coney Dog was opened by Mike Binder, the actor/comedian/producer, so a lot of his celebrity friends love to go. I believe Adam Sandler is a silent partner in that. Todd Phillips, who was the director of The Hangover, came in and told Mike Binder, “I love your food, but why can’t I get this dog with sauerkraut?” So Binder introduced a sauerkraut dog on his menu. Everything gets mixed up here in L.A., especially when it comes to what the hotshots want to eat.