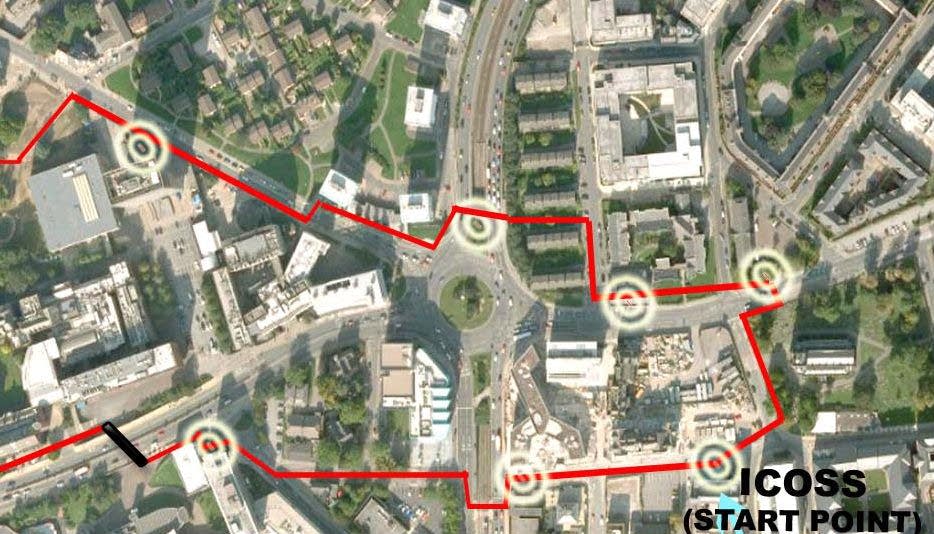 You’ve probably been on a sightseeing tour, taken an eating tour, maybe sipped your way through a bar crawl or two, but have you ever done a smell tour? That is, sniffed your way around town? Smell is how Victoria Henshaw, a research associate at the University of Manchester, discovers a new place. Henshaw researches architecture and urbanism -- her Ph.D. examined the role of smell in urban design -- and leads smell tours of cities.

Lynne Rossetto Kasper: How did you get into studying smell and cities?

Victoria Henshaw: Cities are my passion; I’ve been passionate about cities for many, many years. I worked in city marketing and I used to manage town centers here in the north of England. I worked in a lot of large-scale city development projects and managed markets and things like that. I was always really passionate about having a high-quality built environment that was very active for people. But I can remember a turning point for myself was when I went to see an author, Charles Landry, who wrote a book on the art of city making. He actually talked about the use of color in different cities, which I know sounds really obvious today, but at the time I can remember as a young city manager it really blew my mind and really started getting me to think about different aspects of the city and how we experience them in different ways.

LRK: But smell? Color you would think of, green space you might think of, but smell is not something you think of in city design.

VH: That’s correct, and it’s really not a traditional thing that we’ve thought about. Little is known about smell -- what we smell in cities and what roles the smells of cities actually play in our everyday experiences. One of the reasons that smell is particularly important to us is that it offers a way of connecting to the environment that some of the other senses don’t traditionally offer us. When we think about smells, we breathe them into our bodies, into our lungs. They actually become part of us and connect us with the world.

LRK: Smell is a relatively new science. Doesn’t smell connect to areas of our brains that set off emotions and memories?

VH: Yes. It's incredible, really, to think that it wasn’t until only the past couple of decades that we’ve really started to understand how the sense of smell works. Before that, the scientific community was very much in disagreement about the way the sense of smell worked. Now we know there’s this massive association between memory and long-term memory and the sense of smell. It’s just the way that our brains are connected that the sense of smell -- the part of our brain that processes it -- is also next to and highly connected with our memory part of our brain. Sometimes someone can be in their 60s, 70s, 80s or 90s and they can detect a smell that they haven’t smelled since being a child -- it almost transports them across space and time back to that point in time.

LRK: How would you design a city to incorporate this?

VH: Well, it’s really a tough question. Certainly what I’m not about is saying we need to introduce lots of different smells into a city and think about different scenting strategies in terms of new smells. Really, what I’d say is that our cities have a lot of smells already. Today I was walking around some of our English cities and there are so many different smells -- I think often they’re really literally under our noses and we don’t consciously recognize that they’re there. Our bodies are detecting them and subconsciously processing them, but actually our mind sometimes doesn’t recognize that. I’d certainly say that when you go out into the city, actually try and think about and concentrate on what you’re smelling there. You’ll be amazed really about the amount of smells that you’ll probably detect.

LRK: I know you did one in Seattle, in an Asian area of the city?

VH: That’s right. I did an organized tour in Seattle’s International District. It was fascinating. I took a group of around 20 people for a walk around the district and we had a sniff at what smells we could detect.

VH: It was fascinating, really. We got a real mixture of different people. As you’d imagine in Seattle, it was a rainy day to start with, and that itself influenced what we detected. Weather, of course, plays a huge role in what we smell in any kind of environment.

In Seattle, we started in a small community park called Hing Hay Park that is a beautiful little community urban park with a pagoda; they often have street markets. The day that we were there, there wasn’t a street market on, and there wasn’t particularly a great deal of smells in that area.

It’s situated very close to quite a busy road actually, and that in itself is very telling. It offers us insights into what influence vehicles and traffic are having on our urban environmental experience and smells. The traffic fumes also influence our ability to smell. It makes us less likely to be able to detect smells on a temporary basis, but in some of the most highly polluted cities, such as Mexico City, it influences people’s ability to smell the world around them on a permanent basis.