Footnotes: Eating hooves and claws from China to South Africa 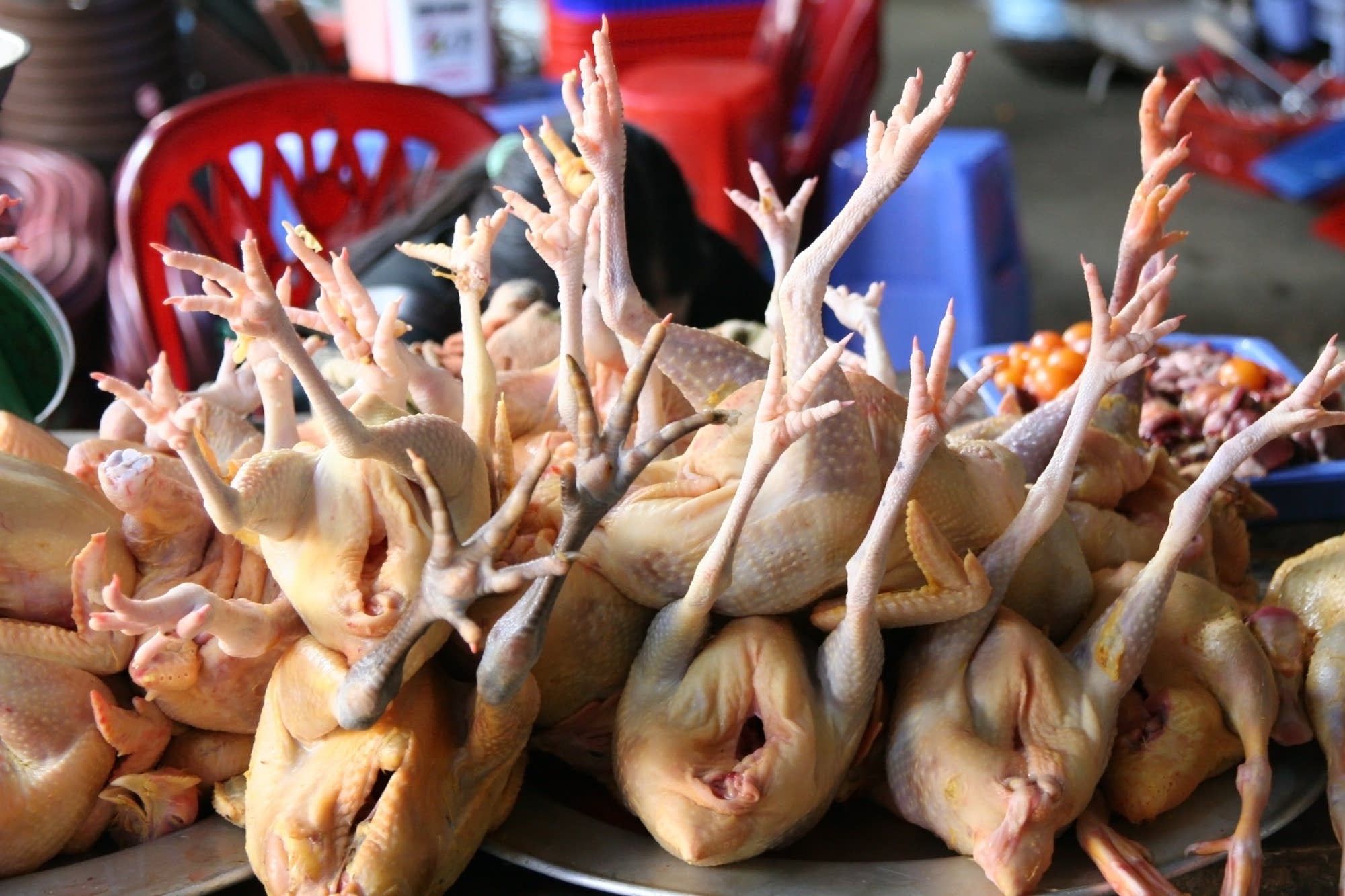 In a good Chinese restaurant, asking if they have chicken feet is one way to convince your waiter that you don’t want to eat the stuff that they make only for Americans. Once you get over the idea of eating feet, the tastes are going to blow you away -- in a good way.


This lower portion of a beast’s anatomy has been snubbed far, far too long. British food writer Hazelann Williams is working on its comeback. She blogged about this sole food recently on the Guardian’s website.

Lynne Rossetto Kasper: This is really not an easy sell -- to talk to people about eating the feet of an animal. Why did you decide to do this piece?

Hazelann Williams: I decided to do it because Cow Foot Stew, what I talk about in the article, is a dish that I grew up on and it’s really lovely and tasty. But in my regular, day-to-day life working as a busy journalist, I really only eat salads, sandwiches and pasta. I’ve decided to cook more traditional dishes because they’re delicious and I had given up on them, unfortunately.

LRK: You’re in England where the nose-to-tail movement began -- this idea of eating the entire animal. Is that influencing people a great deal in terms of how they see, for instance, eating feet?

HW: London is incredibly multicultural and you can get anything you want, which is brilliant. We do have a lot of different immigrants, like my grandparents who were Jamaican, and they ate feet. But what I’ve come to realize is that feet and nose-to-tail -- in South Africa I think they call them walkies and smileys -- are a really, really traditional dish eaten all around the world. But it’s a culinary dish that’s really been forgotten in modern, metropolitan societies. The great thing about London being so multicultural is that you do have a demand for such dishes from people who are coming over from Africa or Vietnam who are still used to eating traditional dishes.

LRK: What about Cow Foot Stew, the traditional dish that you wrote about? How is it done?

HW: I always get the butcher to chop up the cow foot -- you can get two for £5 here, which is really quite cheap. We add some seasoning, such as pimentos, and a little bit of bay leaf, onions and a lot of water, and it stews for quite a long time. At the end, you add butter beans and dumplings made with plain flour and water. It’s a really, really traditional Jamaican dish that’s enjoyed with either rice and peas or my favorite: mashed potatoes.

LRK: When you stew the cow’s foot that way, it melts in your mouth. It’s just delicious, isn’t it? You also talked about another culture where feet have become extremely popular, or maybe always were: China.

HW: Before I started to write the article, I didn’t realize how prevalent feet were around the world. But China is the country where they spend the most annually on chicken feet. They were, at one time, one of the biggest exporters from the U.S., because in the U.S., there were companies that had to dispose of feet. It was this part of the animal that had to be disposed of, but instead it was being shipped to China and it was a multibillion-pound-a-year industry. And it still is, although there have been some trade disputes. It’s a snack, it’s an accompaniment, it’s used in soups, it’s used as a standalone dish, like a sweet and sour dish. There are so many different variations, especially in China, where they use chicken feet. In Jamaican cooking, we also use them in our soups, but nowhere near to the enormity that they do in China.

LRK: You’re saying it’s one of the largest selling foods in China?

HW: It’s one of the most popular. Actually, chicken feet cost more than chicken breasts in China, so it’s very, very popular.

HW: I think they refer to them as Phoenix Claws [in China]. I’m not sure if it’s got some kind of traditional, mythical link to a phoenix. That could be one of the reasons it’s so popular.

LRK: You know, I think if we could come up with a romantic name for cows’ feet and pigs’ feet, they would probably become far more popular no matter what the culture.