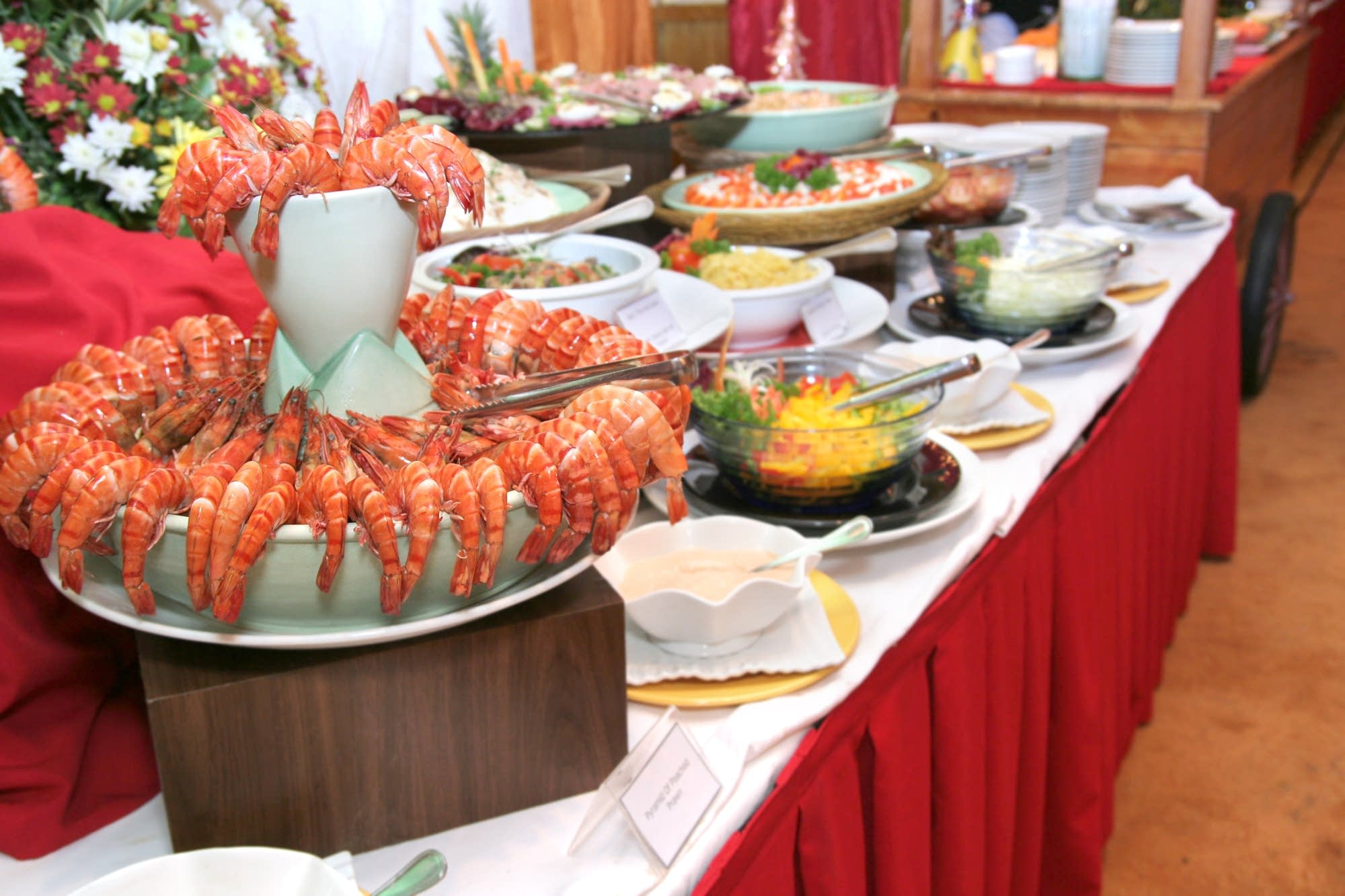 Things To Do With Rice
Gold in the kitchen: amp up your cooking with caramelized onions
Bryant Terry's Vegan Soul Kitchen brings fresh flavors to traditional soul food
Photo: Hemera

The easiest way to get people mixing and to feed a crowd is a buffet, right? Right.

Noelle Carter has figured out some new tips for that buffet. They could change how you approach it and maybe how much you spend.

Lynne Rossetto Kasper: How do you set up a buffet? What do we need to know?

Noelle Carter: There are three main tips that I like to keep in mind whenever I'm arranging a buffet and having a bunch of people over.

The first thing I like to do is organize the food layout. Have a definite beginning and end to the buffet, so your guests don't rush the table like some NFL defense line. What I'll try to do is set up my silverware and plates at the beginning of a buffet so people get a sense of where they need to start. They've got to pick up their plates first.

One other thing I like to do is organize the buffet according to how expensive the food is. Stick all of your cheaper items at the beginning and all of your higher-priced items at the end. Start with the rolls and the salads at the beginning. That way, people will fill their plates with the cheaper items first. When they get to the big-ticket items such as main courses or roasts, it’s all at the end and your guests won't have as much plate space. They won't be taking as many expensive items.

LRK: That is brilliant. I've never thought of it, but at all of those buffets in restaurants, the shrimp and the lobster and whatnot is at the end.

NC: It's always at the end. It's great because it's not like you're obviously telling people what to take. But if you strategically place things in certain places, it's amazing how organized it will be and how nice it will feel for the guests when they are filing through. You want to make it easy for everybody.

LRK:. OK, for glasses and utensils: plastic or the real stuff?

NC: I guess it depends on the size of buffet. I used to cater a lot, and we still throw big parties at our house. If it's a small enough gathering, sometimes I'll splurge on the fine china and the silverware, but whenever I can help it I go with disposable. You can throw it away, or recycle it if you like, and you don't have to worry about breakage. There is nothing worse than having to deal with broken glasses or broken plates.

LRK: You don't think it makes a big difference?

NC: I don't think so. It's about the people that you're gathering with and the quality of the food. If it's a great dish, I don't care if I'm eating it with a plastic fork or a regular fork. You can get such great disposable ware now.