How the 'Frog Capital of the World' was crowned 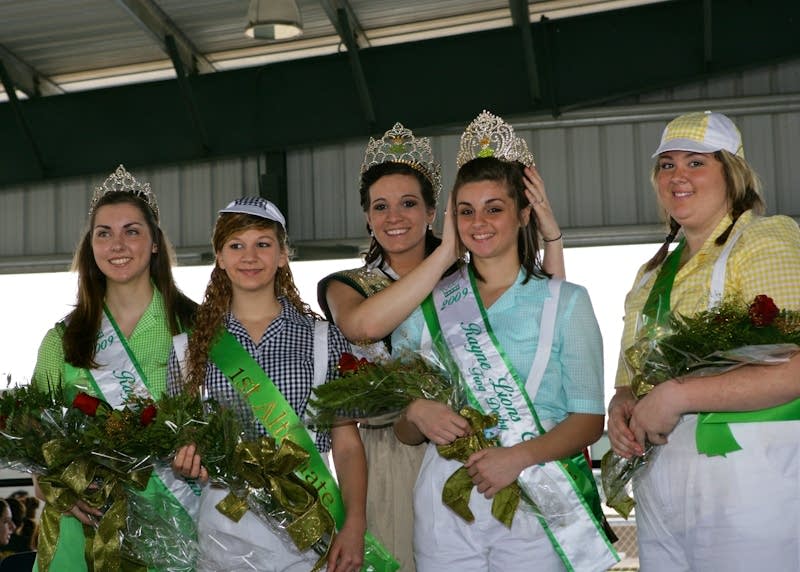 Getting off the express roads and traveling small-town America can make for some interesting finds. It's not only the scenery and the food. When you take time to stop and linger, it's the people who mark the place.

David Valdez Greenwood is the author is of The Rhinestone Sisterhood: A Journey Through Small Town America One Tiara at a Time. We spoke about his travels.

David Valdez Greenwood: They're not beauty queens; they're festival queens, which is a little different. They're small-town girls who represent the food or the industry that their town is famous for. They spend a year doing community service for their town. I loved that the girls put themselves out there as the face of the town, doing good things.

LRK: So this isn't a beauty contest. It's really about what -- citizenship?

DVG: Very much. It's really a civic duty. They do have pageants, but most of the points come off-stage when they are wowing the judges with their knowledge of the Louisiana swine industry or the 20 kinds of cattle that are sold and distributed in Louisiana. Or why a particular food means something to their town.

LRK: Why did you focus on Louisiana?

DVG: There are over a thousand festivals that crown queens around the U.S. I went to Ohio and Washington before I landed in Rayne, La., -- the home of the Rayne Frog Festival. I was just immediately drawn to and embraced by the local culture. I wanted to set down roots and follow one group of queens. In Louisiana, the tradition is so thorough and so deep, the queens from all over the state are traveling weekend after weekend and they become this sisterhood. I thought if I followed them for a year I'd really see their roles in the communities and their relations with each other.

Here's Rayne's connection frogs: In the 1880s, there was a local chef selling bullfrogs to New Orleans restaurants. A businessman, Jacques Weil, and his brothers sampled the frogs and thought this could be an industry. From there, they started selling the frogs in New York City. Sardi's put on the menu "Frog Legs from Rayne, Louisiana. Frog Capital of the World." And the town ran with it. Their frog legs were sold in Paris. Pretty much, if you ate frog legs in a fancy restaurant anywhere in the world for 80 years, they came from this small town.

LRK: That's pretty amazing. So they have a Frog Queen?

DVG: They actually have a dozen or so -- from the little tadpole queens up through the golden frogs, a king and queen who are seniors. The Miss Queen really works hard for the town. For a year, she gives up a good 40-45 of her weekends traveling to other festivals, representing the town.

LRK: I'm picturing all these queens with their tiaras, lined up feasting together. Does that ever happen?

DVG: Oh, yeah. For their field duties, the queens are not dressed up. They're usually in T-shirts and jeans and mud boots, because if they go to a festival, they'll be asked to chase a greased pig or be out picking vegetables. But they always keep their crowns and banners on.

I really did not know much about this world, and I would say your average American doesn't. And yet, all over the country, there are versions of these festival queens. It's such a neat positive part of the culture. We have so much in our time that is cynical and sarcastic and an easy laugh, and here we have this real zest for life and joy in this great tradition.