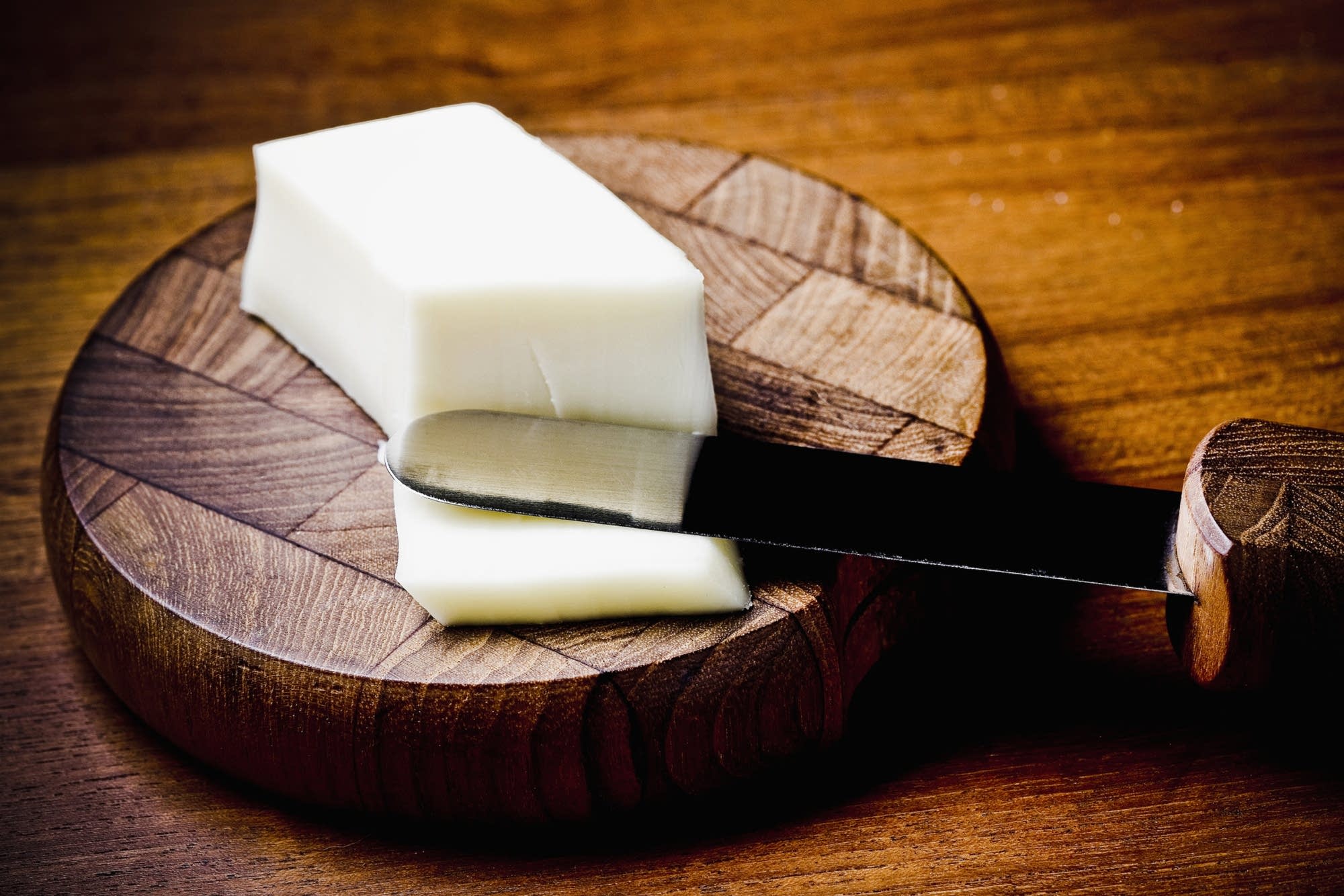 I can’t think of many things that taste better than good pork fat, as in your own homemade lard. And because of that great taste, you don’t need huge amounts.

Nearly effortless to make, a few teaspoons of homemade lard do a lot for so many dishes. For instance, stir two teaspoons into a bean or vegetable soup, or pan roast broccoli in a couple of tablespoons. Or make a favorite French and Italian spread -- blend a little with garlic, fresh rosemary, salt and pepper, then spread a sheer film over hot toasted country bread.

On the other end of the indulgence spectrum, substitute lard for half the butter in a pie crust for an apple pie for a lovely flavor play with the spiced apples.

Purists love the fat from around the kidney, which melts into creamy, neutral tasting leaf lard, but any fresh pork fat will do.

Cook to Cook: Pan drippings from roasts and skillets can do with lots more flavor, so save them in the fridge or freezer. Remember much of the seasoning you added to those roasts and sautés ended up in the fats we normally throw away. Small amounts carry a lot of impact.

1. Have a sterile container or containers for storing the lard. Glass jars work best. And have a strainer lined with cheesecloth set over the container.

2. Put the water in a heavy 2 to 3 quart saucepan. Add the trimmings. Heat the pan over medium heat and watch to see if the fat is beginning to melt.

3. Adjust the heat so the fat melts slowly. Once it is clear and starting to bubble, pull the pan off the heat. Let it cool about 15 minutes, and then strain the lard (save any crisp bits for snacking or for salads). Cool it completely and chill or freeze.