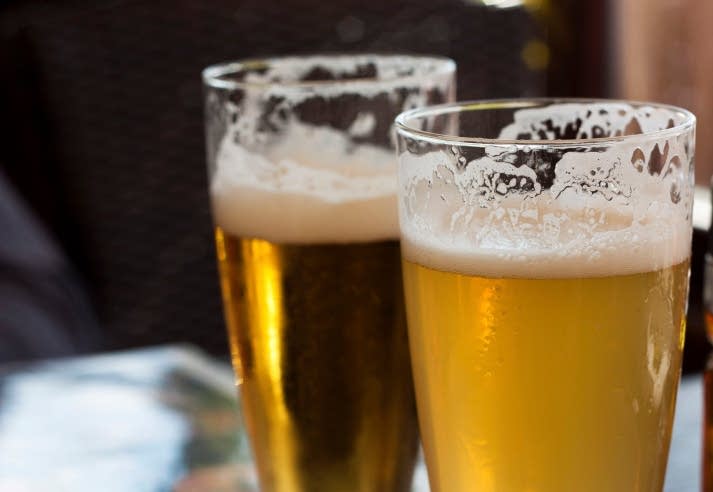 This probably doesn't even qualify as a recipe, I'll admit, but it's so smackingly refreshing and summerlicious it deserves a whole page of its own. The story goes like this: in 1922, an innkeeper in Bavaria didn't have enough beer to accommodate the bicyclists and other guests, so he cut the beer with lemon-lime soda and it was a hit. He named it "radler," which means "cyclist." So, is this the German equivalent of Gatorade? Kinda. The beer tempers the sweetness of the soda, and the soda mellows the bitterness of the beer, and the result is fruity and light tasting and has half the alcohol of beer. In my experience, though, it's so good I drink twice what I should, so be warned. I like it with pale American beer (full honesty moment: Busch Light), but by all means, experiment with different brews.