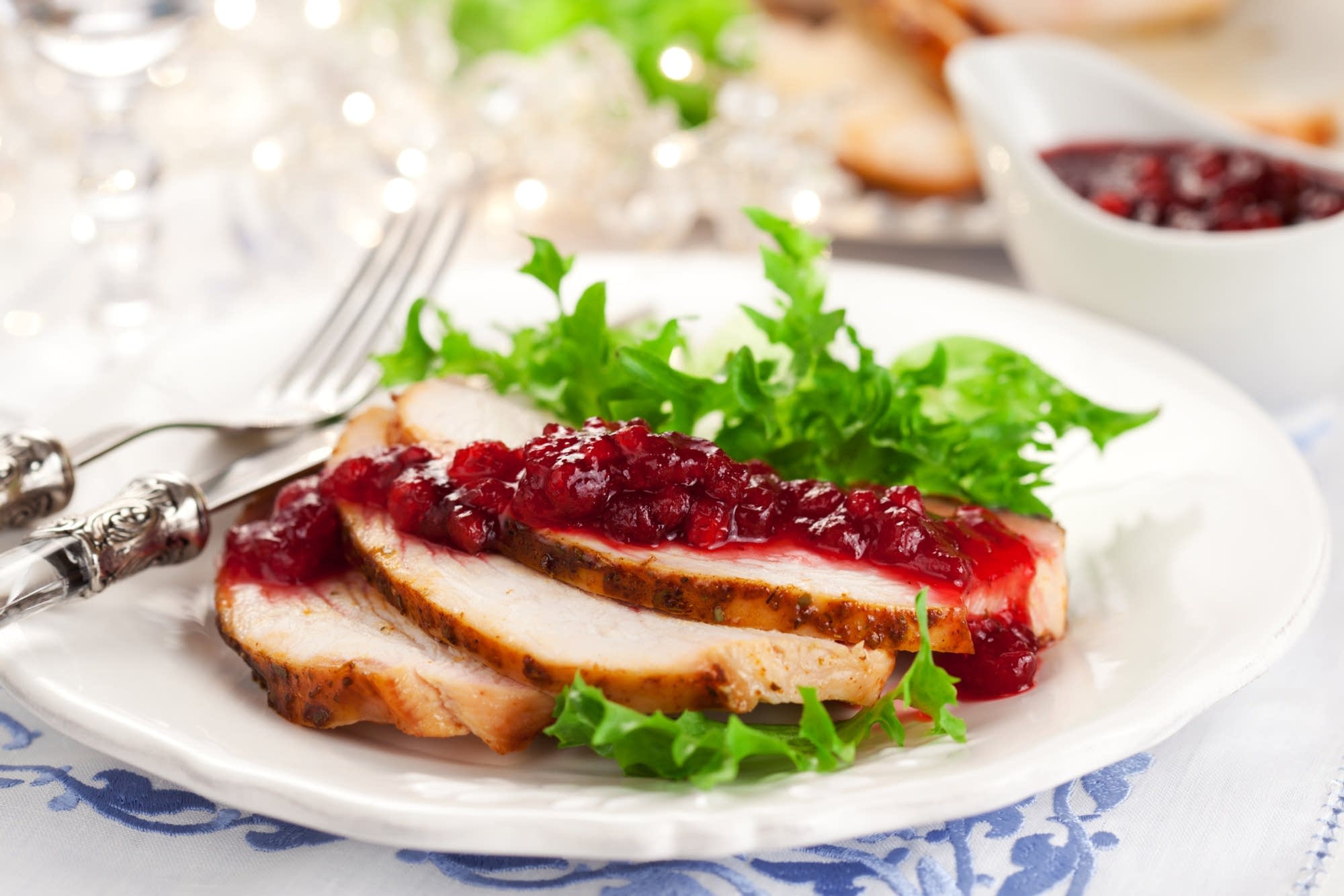 Brining turkey makes it more succulent, more tender and well-seasoned throughout. I offer two curing procedures, one for those who've got the space to wet-cure the whole bird in the refrigerator, and a wet-then-dry method where refrigerator space is limited. The first method yields the very best results, but the second method still makes startlingly juicy, tasty roast turkey.

Dissolve salt and sugar in water.

Best method: Rinse and dry turkey, place in brine to cover. Cure in the refrigerator 4 to 5 days.

If-you-don't-have-room-in-the-refrigerator-for-a-turkey-sized-bucket-full-of-brine method: Place turkey in brine to cover and leave at room temperature 10 to 12 hours. Pour off the brine, place bird in a pan or on a deep platter, tent with plastic and place in the refrigerator for 3 to 4 days. (This produces a less complete cure than the first method.)

Skip the brine if you're using a Kosher turkey.

1. Rinse the turkey inside and out, dry thoroughly inside and out, then leave at room temperature for an hour or two. (I call this "tempering" the bird—moderating its temperature—before you roast it. This helps it cook more evenly and rapidly. In any roasting operation, the outer sections tend to overcook as the heat reaches the center. But if you arrange for the center to be 10 degrees warmer than refrigerator temp before you start oven roasting, you minimize this effect.)

3. Warm a shallow roasting pan (on a burner, or preheat in the oven). Wipe the turkey, dry one last time, and set in pan (having the skin dry and the pan hot helps prevent sticking later on). Rub surface with butter or extra-virgin olive oil (refined oil doesn't have enough solids to brown well.)

4. Place turkey in oven and roast to 150°F at thickest point, about 1 1/2 to 2 hours, depending on size, oven, and how cold the turkey was when you placed it in the oven*. If your turkey isn't browning well in your oven, raise heat to 375°F (or turn on the convection function if you have one) once the bird reaches about 130°F. Where browning is concerned, basting will help only somewhat, inasmuch as there are lots of solids and impurities in the basting juices, but is not as efficient as a higher temperature. I baste only if it looks like the skin will otherwise dry out.

5. Remove turkey from oven and place in a warm spot, free of drafts, to finish roasting as it rests for 20 to 30 minutes. The internal temperature will rise about 1 degree a minute for at least 15 minutes, and will continue to rise, although more slowly thereafter. During this time the tissues relax, becoming more tender, and, more importantly, the juices which have raced to the center of the roast will redistribute to the outside regions of the roast, making it uniformly succulent. Don't curtail this resting step, or you risk serving hard, dry, chewy outer bits and chewy inner sections that may not be fully cooked.

1. Lift turkey from roasting pan, slice through skin between leg and breast, and begin folding back leg, rolling turkey on its side. Fold back leg further to expose ball joint at hip then use tip of boning knife to free the leg. Cut leg/thigh into two pieces at knee joint. I don't aim for pretty slices from the drumstick—it's too full of "hatpin" bones. I just carve off the meat in three or four neat chunks, sliding the knife against the bone and rotating the bone with each slice.

2. To carve the thigh meat, set skin side up on the cutting board and slice parallel to bone, either side of the bone.

3. To carve the breast meat, use a boning knife to remove the whole breast, just as though you were boning a chicken breast. Slide the tip of the knife close along the sternum, then gradually pry the whole breast away using a series of little cuts holding the blade of the knife flat against the sternum and rib cage. (If the turkey is properly rested, it won' be too hot to handle). Use the tip of the knife to sever the tenacious sinews at the base of the wing. Study the direction of the fibers on the boned side of the breast—they curve abruptly near the wing joint, but generally run in a slight arc the length of the muscle. Now place the breast flat on the cutting board and carve nearly straight down into 1/4 inch thick slices that cut directly across the grain you just studied. This will produce slices that are as tender as possible. Wide slices cut on a steep angle may look impressive, but will be tougher, since you are leaving too much muscle fiber intact.

*Personally, I cook my turkey to 140°F— it continues cooking to 157°F as it rests, but the initial low temperature can worry people. I know where my turkey comes from and how it was raised and slaughtered; I don't fear things you might encounter in battery-raised turkeys.