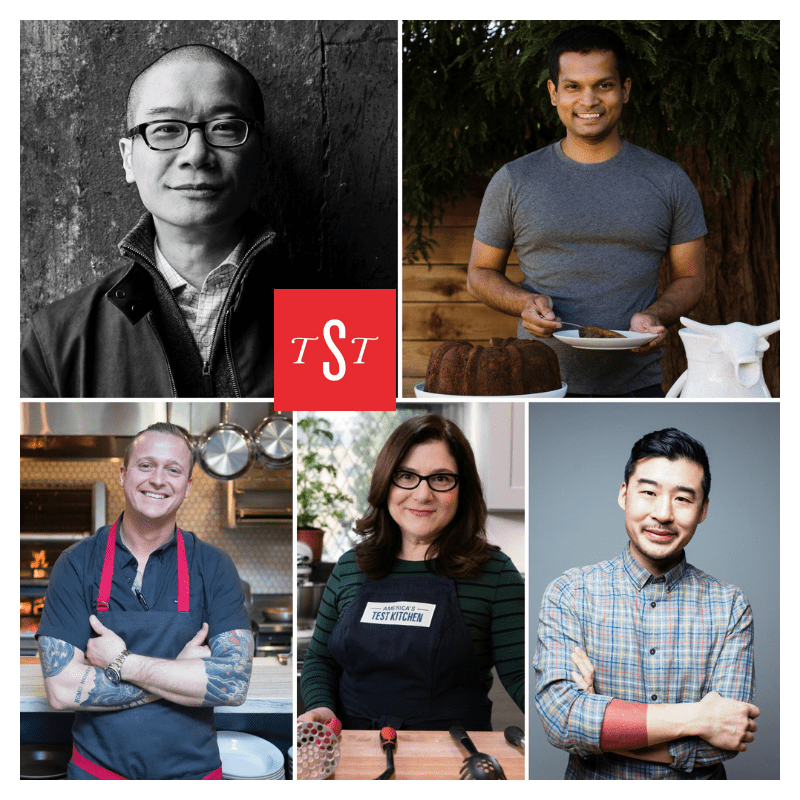 This week, Francis learns how to make stuffed potato pancakes called draniki from Chef David Nayfeld of San Francisco’s Che Fico, and talks with Nayfeld about the Jewish roots of Roman food. Russ Parsons talks to author-of-the-moment Nik Sharma about the similarities between his upbringing in India and his husband’s upbringing in the American South, and it’s not just okra. Melissa Clark talks to champagne expert Peter Liem about why we should be drinking a lot more bubbly. America’s Test Kitchen reviews the gift you may want to rethink asking for – the air fryer. Plus, Francis talks with listeners about cooking with lard and scaling up recipes.