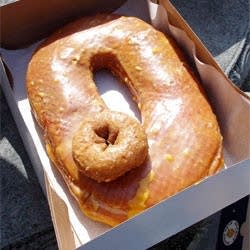 This week we've a modern wine mystery with Benjamin Wallace author of The Billionaire's Vinegar: The Mystery of the World's Most Expensive Bottle of Wine. Jane and Michael Stern are noshing donuts at Round Rock Donuts in Round Rock, TX, Sally Schneider author of The Improvised Life website introduces us to the allure of Orange Flower Water, and David Rosengarten, the man behind the opinionated Rosengarten Report talks about how gazpacho is made on its home turf of Spain.