Episode 394: Spices And The Medieval Imagination

Email thisShare on FacebookShare on TwitterPin it!Share on Tumblr
Listen: Spices And The Medieval Imagination
51:04 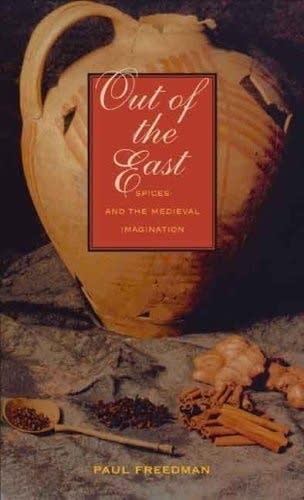 This week it's the seeds and bark that changed the planet. We're talking spices, the stuff of wonderment and avarice in the medieval world with Paul Freedman, author of Out of the East: Spices and the Medieval Imagination. It's a St. Augustine, Florida special for Jane and Michael Stern at Saltwater Cowboy's. We talk with Peter Shafer, our Gastrosexual for the month of June. Tea purist Bill Waddington, proprietor of St. Paul's TeaSource, has summer in a glass  iced teas for the lazy at heart, and culinary improv artist Sally Schneider has a brief on the wallflower of the farm stand the beet.